OTTAWA (Reuters) – Canada is eyeing issuing longer-term debt to take advantage of low interest rates, and expects servicing costs to be lower this fiscal year than was forecast last year despite the billions in emergency spending due to COVID-19, a government source said. 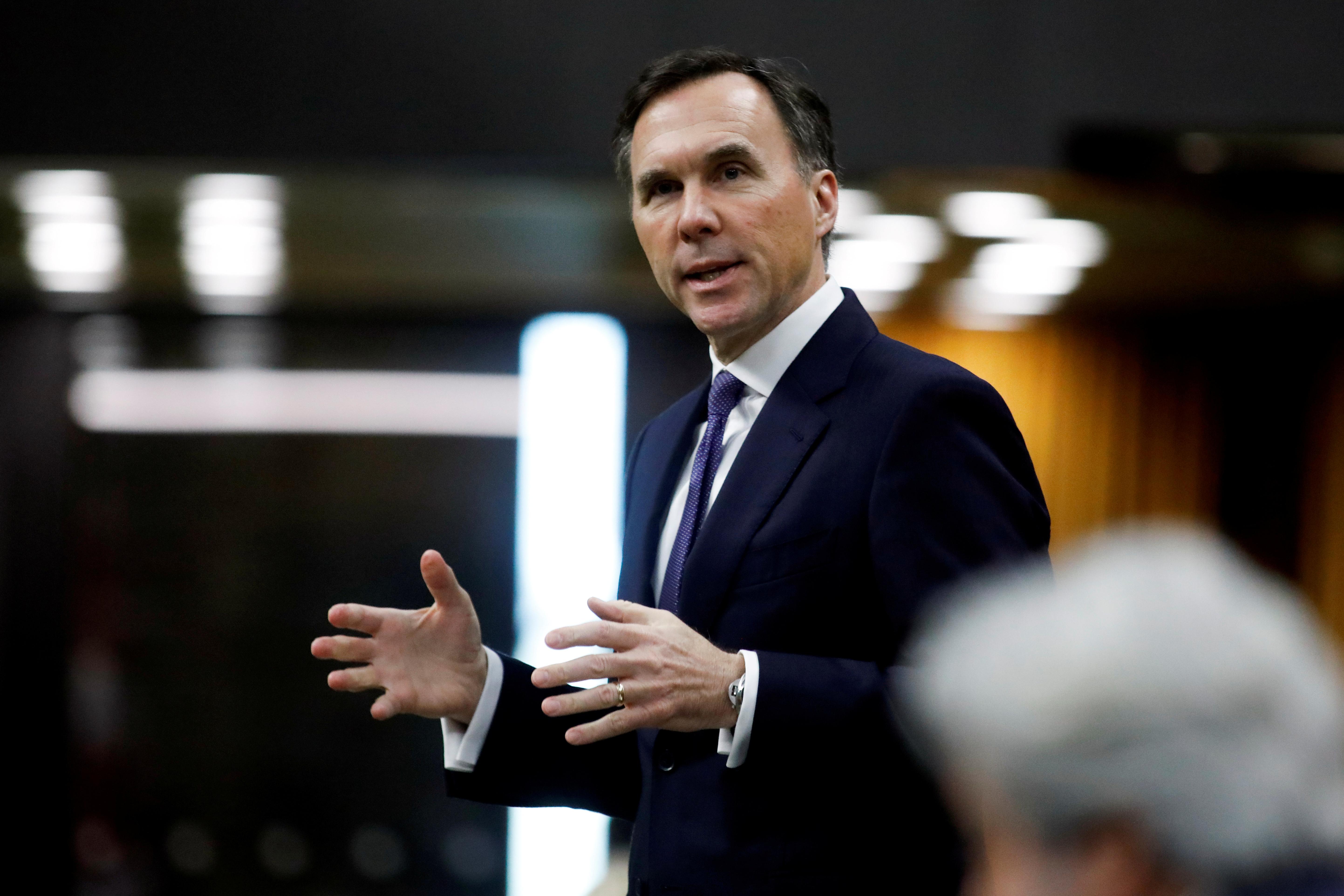 Canadian Finance Minister Bill Morneau will deliver a “fiscal snapshot” on Wednesday that will outline the current balance sheet and growth expectations.

“This is not and has not been a time for tightening belts and austerity,” Trudeau told reporters. “Historically low interest rates mean manageable borrowing costs as we continue to invest in Canadians and the economy.”

In December, Canada said it expected public debt charges to be C$23.7 billion ($17.4 billion) in the 2020-21 fiscal year starting on April 1. But a government source said the new estimate would be lower despite a much higher deficit than had been expected.

Canada’s independent Parliamentary Budget Officer said the federal deficit was likely to balloon to C$256 billion ($188 billion) in 2020-21, mainly because of the spending meant to soften the blow of pandemic shutdowns, compared with a 2019-20 deficit of C$21.8 billion reported in May.

The Globe and Mail, citing two senior government officials, reported that Morneau on Wednesday would forecast a deficit of more than C$300 billion.

“We took on debt so Canadians wouldn’t have to,” Trudeau said at a news conference.

The Bank of Canada slashed its benchmark rate in March by a total of 1.5 percentage points to 0.25%. It has said it does not intend to reduce rates any further.

Canada lost one of its coveted triple-A ratings in June when Fitch downgraded it for the first time, citing the billions of dollars in emergency aid Ottawa has spent to help bridge the downturn caused by COVID-19 shutdowns.

“It’s an excellent idea to tilt more of the issuance towards longer-term borrowing and … I do think there’s still appetite,” said Doug Porter, chief economist at BMO Capital Markets. “So I would heavily encourage them to take advantage of these exceptionally low long-term yields.”

Canada adds more jobs than expected in July; most were part-time positions

Chinese WeChat users fear being cut off from US friends