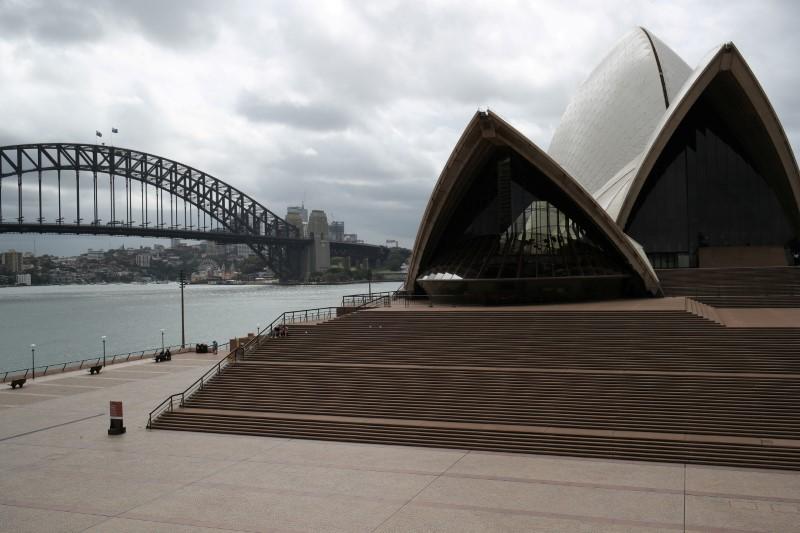 Data from the Australian Bureau of Statistics (ABS) showed the A$2 trillion ($1.39 trillion) economy contracted 0.3% in the quarter ended March, the first decline in nine years.

That took the annual growth to 1.4%, the slowest since the 2009 global financial crisis, as the economy was hit by the worst bushfire season in living memory, a prolonged drought and a pandemic that shut down businesses and left many without jobs.

When asked if the country was already in recession, Treasurer Josh Frydenberg answered in the affirmative.

“Based on what we know from Treasury, we’re going to see a contraction in the June quarter, which is going to be a lot more substantial than what we have seen in the March quarter,” he told reporters in Canberra.

Two consecutive quarters of contraction would mark Australia’s first technical recession since the early 1990s, ending one of the world’s longest growth streaks.

Following the data release, the Australian dollar AUD=D3 eased from a five-month high of $0.6982 and the benchmark share index trimmed gains.

Net exports and government spending supported the economy in the quarter.

The economic fallout deepened in Australia as the number of local coronavirus cases surged from less than 100 in early March to more than 7,000 now, forcing the government to shut borders and restrict large gatherings.

The central bank stepped in by cutting the cash rate to a record low 0.25% and launching an unlimited bond buying programme. The government, meanwhile, unleashed a large fiscal stimulus plan, including a A$60 billion wage subsidy scheme.

The Reserve Bank of Australia (RBA) has recently sounded less gloomy about the economy even though the country is in the midst of its worst downturn since the Great Depression as better health outcomes led to an earlier-than-expected re-opening of businesses.

“The pandemic will produce a giant fall in activity in Q2, before a recovery begins in Q3,” NAB economist Kaixin Owyong wrote in a note.

“However, a full recovery is some time away as there is no timetable for the reopening the border to allow international tourism and foreign students,” Owyong added.

“Full recovery will also require confidence in health and economic outcomes to be restored, where households may remain cautious for some time given record job losses and with the labour market historically lagging recovery in activity.”