In today’s bulletin: The much awaited Singapore-Hong Kong air travel bubble has been delayed to next year; Australia announces plans to build hypersonic missiles with US; QAnon finds foothold in Japan; Indian government agrees to meet protesting farmers who are opposing agricultural reforms; pilot rustiness in the age of the pandemic becomes a concern, and more.

Singapore and Hong Kong decided to defer the launch of the air travel bubble between the two cities, following a spike in the number of cases in Hong Kong.

The city’s average daily number of cases crossed 70 for more than a week in what could possibly be Hong Kong’s worst Covid-19 wave so far. Chief Executive Carrie Lam called on people to stay home and avoid unnecessary family gatherings at least for the next two weeks.

The concern this time is that the infections are growing among the city’s rich and powerful. The fresh outbreak reportedly started in a dance club but has since spread to socialites who met for meals and mahjong.

Hong Kong and Singapore are to discuss the air travel arrangement again later this month.

Australia to build hypersonic missiles with US; spat with China flares up

Australia’s Defence Minister Linda Reynolds announced plans to jointly develop hypersonic cruise missiles with the United States, as Canberra looks to widen its focus from the Pacific to the Indo-Pacific.

Hypersonic missiles can travel at more than five times the speed of sound and are difficult to track and intercept. China and Russia are developing similar weapons.

The announcement coincides with Canberra’s widening rift with Beijing, which over the weekend imposed crippling anti-dumping duties on Australian wine. Tensions ramped up further this week with Australia demanding an apology from China after a senior official tweeted a false image of an Australian soldier holding a knife to the throat of an Afghan child.

China’s embassy in Australia, however, said politicians there had “misread” the tweet and were trying to stoke nationalism.

The post came just days after Australian prosecutors launched an investigation into alleged war crimes by 19 members of the country’s military committed in Afghanistan between 2005 and 2016.

The relatively new conspiracy theory QAnon’s rise in Japan is stoking global unease. Known as a US phenomenon till recently, it has found followers in Brazil and Europe, as well. It’s growing spread presents a challenge for social media companies trying to battle fake news.

QAnon followers believe that America is run by a cabal of paedophiles and that President Donald Trump is the only person who can stop them.

The numbers of followers of this phenomenon is, however, difficult to estimate.

New agricultural laws set to reform the buying and selling of agricultural produce have sparked some of the biggest protests around the national capital in years, in India, forcing the government today to agree to meet the protesting farmers.

Prime Minister Narendra Modi has so far resisted calls for the repeal of farm reforms, maintaining that the farmers were being misled and deregulation would benefit them.

The government has said deregulation will allow for fresh investments into the sector, enable supply chains to be fixed and reduce food wastage. But the opposition has accused the government of supporting big businesses.

The farm sector contributes nearly 15 per cent of India’s US$2.9 trillion (S$3.9 trillion) economy and employs around half its 1.3 billion people.

Three months ago, an Indonesian flight carrying 307 passengers and 11 crew to the northern city of Medan, in Indonesia, momentarily veered off the runway after landing, sparking an investigation. The probe showed that the pilot had flown less than three hours in the previous 90 days. The first officer hadn’t flown at all since Feb 1. This, and the Pakistan plane crash in May, is leading to worries about pilot rustiness because of the pandemic.

Indonesia ups terror watch after attack on Christians: The Indonesian armed forces (TNI) was stepping up its security watch and hunt for members of a terrorist group who murdered four villagers and destroyed six houses in a village last week. The four who were killed were all Christians.

Kim Jong Un gets China’s vaccine: Beijing has vaccinated North Korean leader Kim Jong Un and his family with the coronavirus vaccine, North Korean expert Harry Kazianis, who works at the Centre for the National Interest think tank in Washington said. But it was unclear which company had supplied the experimental vaccines.

Japanese bird flu outbreak spreads: Bird flu has been detected in a fourth Japanese prefecture, the Agriculture Ministry said today, as a wave of infections at poultry farms sparks the country’s worst outbreak in more than four years. The ministry, however, clarified that there is no possibility that humans will contract bird flu from eating poultry or eggs.

Thanks for reading this newsletter & The Straits Times. We’ll be back with you with more tomorrow. 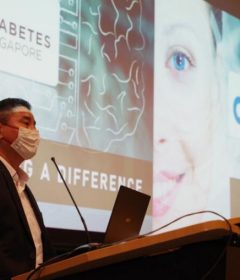 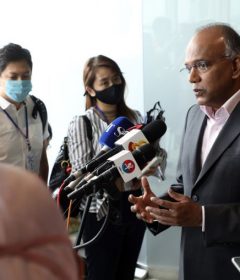 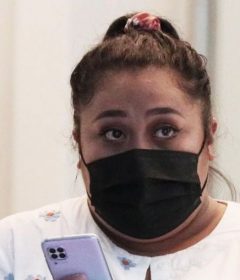