As Facebook has generated scandal after scandal in recent years, critics have started to wonder how we might use antitrust laws to rein in the company’s power. But many of the most pressing concerns about Facebook are its privacy abuses, which unlike price gouging, price discrimination or exclusive dealing, are not immediately recognized as antitrust violations. Is there an antitrust case to be made against Facebook on privacy grounds?

Yes, there is. In March, when Representative David N. Cicilline, Democrat of Rhode Island, called on the Federal Trade Commission to investigate Facebook’s potential violations of antitrust laws, he cited not only Facebook’s acquisitions (such as Instagram and WhatsApp), but also evidence that Facebook was “using its monopoly power to degrade” the quality of its service “below what a competitive marketplace would allow.”

It is this last point, which I made in a law journal article cited by Mr. Cicilline, that promises to change how antitrust law will protect the American public in the era of Big Tech: namely, that consumers can suffer at the hands of monopolies because companies like Facebook lock in users with promises to protect their data and privacy — only to break those promises once competitors in the marketplace have been eliminated.

To see what I mean, let’s go back to the mid-2000s, when Facebook was an upstart social media platform. To differentiate itself from the market leader, Myspace, Facebook publicly pledged itself to privacy. Privacy provided its competitive advantage, with the company going so far as to promise users, “We do not and will not use cookies to collect private information from any user.”

When Facebook later attempted to change this bargain with users, the threat of losing its customers to its competitors forced the company to reverse course. In 2007, for example, Facebook introduced a program that recorded users’ activity on third-party sites and inserted it into the News Feed. Following public outrage and a class-action lawsuit, Facebook ended the program. “We’ve made a lot of mistakes building this feature, but we’ve made even more with how we’ve handled them,” Facebook’s chief executive, Mark Zuckerberg, wrote in a public apology.

[As technology advances, will it continue to blur the lines between public and private? Sign up for Charlie Warzel’s limited-run newsletter to explore what's at stake and what you can do about it.]

But then Facebook’s competition began to disappear. Facebook acquired Instagram in 2012 and WhatsApp in 2014. Later in 2014, Google announced that it would fold its social network Orkut. Emboldened by the decline of market threats, Facebook revoked its users’ ability to vote on changes to its privacy policies and then (almost simultaneously with Google’s exit from the social media market) changed its privacy pact with users.

This is how Facebook usurped our privacy: with the help of its market dominance. The price of using Facebook has stayed the same over the years (it’s free to join and use), but the cost of using it, calculated in terms of the amount of data that users now must provide, is an order of magnitude above what it was when Facebook faced real competition.

It is hard to believe that the Facebook of 2019, which is so consuming of and reckless with our data, was once the privacy-protecting Facebook of 2004. When users today sign up for Facebook, they agree to allow the company to track their activity across more than eight million websites and mobile applications that are connected to the internet. They cannot opt out of this. The ubiquitous tracking of consumers online allows Facebook to collect exponentially more data about them than it originally could, which it can use to its financial advantage.

And while users can control some of the ways in which Facebook uses their data by adjusting their privacy settings, if you choose to leave Facebook, the company still subjects you to surveillance — but you no longer have access to the settings. Staying on the platform is the only effective way to manage its harms.

Lowering the quality of a company’s services in this manner has always been one way a monopoly can squeeze consumers after it corners a market. If you go all the way back to the landmark “case of monopolies” in 17th-century England, for example, you find a court sanctioning a monopoly for fear that it might control either price or the quality of services.

But we must now aggressively enforce this antitrust principle to handle the problems of our modern economy. Our government should undertake the important task of restoring to the American people something they bargained for in the first place — their privacy. 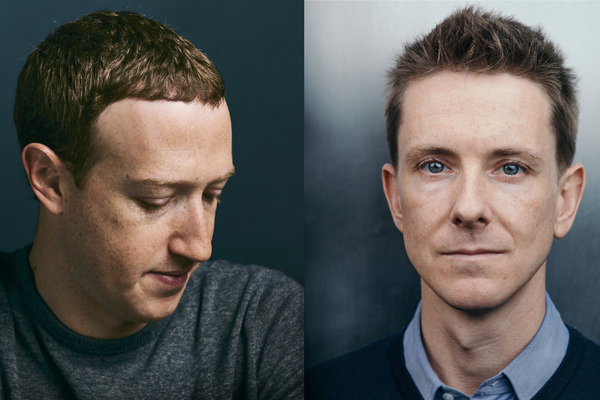 Dina Srinivasan is an antitrust scholar.