Home » Analysis & Comment » Opinion | When Science Is Pushed Aside

Opinion | When Science Is Pushed Aside

When Science Is Pushed Aside

This article is part of a special Sunday Review: End This National Crisis.

Downplaying the dangers of the pandemic and politicizing public health measures was grossly negligent and cost untold lives. 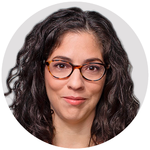 Ms. Interlandi is a member of the editorial board.

Kathleen Kingsbury, acting editorial page editor, wrote about the editorial board’s verdict on Donald Trump’s presidency in a special edition of our Opinion Today newsletter. You can read it here.

From his first days in office, President Trump has waged a relentless and cynical campaign against the institutions most responsible for turning science into sound policy.

These institutions — the Food and Drug Administration, the Centers for Disease Control and Prevention and the Environmental Protection Agency — are as essential to democracy as any high court or legislative body. They have set standards that the rest of the world still aspires to, for safe food and medicine, for clean air and water and, until recently, for effective disease control. At their best, they stand as a bulwark against the apathy that can attend such difficult problems and as a beacon for human society’s highest ideals: intelligence, discernment and moral action in the face of grave threats.

In the past four years, however, they have been imperiled like never before by a president who places no value on science. Or data. Or facts. Or truth.

He’s a president who muzzles credible scientists and amplifies charlatans. One who suggested on live television that UV light and bleach injections might cure people of the coronavirus. One who has refused to promote or consistently wear face masks, even as the virus has spread through his inner circle and assaulted his immune system. He’s a president who has lied, again and again, about the severity of threats the country is now facing — be they from climate change or the pandemic — even as reams of evidence make those threats plain.

Mr. Trump’s disdain for science is so terrifying that two of the nation’s oldest scientific publications — Scientific American and the New England Journal of Medicine — have waded into the morass of electoral politics for the first time in their more-than-100-year histories. The Journal implored voters to fire the president come November, while Scientific American went a step further and endorsed Joe Biden. “The evidence and science show that Donald Trump has badly damaged the U.S. and its people — because he rejects evidence and science,” the editors there wrote.

That rejection began at the Environmental Protection Agency, where Mr. Trump appointed an administrator whose greatest ambition had been to abolish the Environmental Protection Agency. After a string of scandals, Mr. Trump replaced him with a former coal industry lobbyist. The agency has effectively prohibited any study involving human participants and any scientist who receives federal grants from informing its environmental policies. It has deliberately downplayed climate change, going so far as to purge the term from its website. It has also weakened or dismantled scores of environmental protections, including curbs on greenhouse gas emissions, rules meant to keep toxic chemicals in check and protections for national wetlands and wildlife.

The Trump administration has billed each of these rollbacks as a win for the economy — a tired argument that’s easily debunked, in some cases by the government’s own research. The E.P.A.’s own lies have been even more brazen. A spokeswoman recently told The Times that by undoing so many environmental protections the agency was returning to its “core mission,” which is to protect the environment.

The story has been similar at the F.D.A., where officials have repeatedly appeared to bend to the president’s will, for instance by authorizing unproven coronavirus treatments that he champions but that scientists advise against. The first of those authorizations — for the malaria drug hydroxychloroquine — was rescinded after the treatment was linked to potentially deadly side effects in Covid-19 patients. The second — for convalescent plasma — triggered a crisis of confidence in the F.D.A., when its commissioner, Dr. Stephen Hahn, grossly overstated the treatment’s potential in public remarks that he was then forced to walk back.

That spectacle has left both scientists and ordinary citizens deeply anxious about the coming coronavirus vaccines. The president has all but promised one before Election Day; scientists insist that such a timeline cannot possibly be met without compromising safety. The F.D.A. recently tried to assure the public that it will come down unequivocally on the side of safety. But in early October Mr. Trump dismissed the agency’s newly tightened vaccine standards as a “political hit job” and indicated that he would somehow overrule officials there.

It was as Orwellian a ploy as any Americans have seen in the past four years: a president who’s running for re-election interfering with an agency that’s supposed to be apolitical, in service of a campaign promise that no credible expert thinks is achievable — and then accusing that same agency of partisanship. In any other administration, it would be a major scandal. Under Mr. Trump’s leadership, it has become commonplace.

The most shameful of all Mr. Trump’s meddling has been at the C.D.C., an agency designed to confront exactly the kind of pandemic America is now facing. Political appointees have prevented scientists at the agency from publishing a range of crucial guidelines and edicts meant to shepherd the nation through the pandemic. As a result, decisions across the country about school openings and closings, testing and mask-wearing have been muddy and confused, too often determined by political calculus instead of evidence.

The C.D.C.’s director, Dr. Robert Redfield, has repeatedly walked back statements that counter the president’s own sunny assessment of the pandemic. Other scientists at the agency have been muzzled altogether — holding few news conferences and giving almost no talks or interviews in the nine months since the coronavirus first reached American shores. Morale at the agency has reached a low point, with many career civil servants there telling The Times that they might resign if Mr. Trump wins re-election, and others speculating that the C.D.C.’s ability to function at all, in this pandemic or the next, is in serious jeopardy.

The most immediate impacts of these machinations are plain to see. Pollution is up, fines for polluters are down, carbon emissions have risen and are poised to rise further. Hundreds of thousands of lives have been lost, and millions of livelihoods destroyed, by a pandemic that could have been contained. The nation’s standing in the wider world, and public trust here at home, have been eroded almost beyond recognition.

The longer-term impacts will be equally dire. Consider a future in which the empirical truths ferreted out by doctors, scientists and engineers no longer have currency because there is no one left to act on them. Real medicine and snake oil are sold on the same shelf, with no good way to tell the two apart. Vaccines are developed, but even the most pro-science families don’t trust them enough to make use of them. We resign ourselves to the lead in our water, the pesticides in our food and the toxins in our baby bottles because we know that no one will resolve these crises in our favor. Lies and shrugs become the official response to any disease that threatens us.

Some of these things are already beginning to happen. Agencies that use science to protect human health have long been plagued by a lack of funding and too much political interference. But a world in which these agencies become fully ornamental would be dangerously different than the world we currently inhabit.

It’s hard to say what chance science or civics have against so foolish and self-serving a commander in chief. But for now, at least, there is still cause for hope. Earlier this month, the F.D.A. updated its criteria for emergency authorization of a coronavirus vaccine, against Mr. Trump’s stated wishes. After a brief standoff, the administration quietly backed off its opposition to the new guidelines, which should make it all but impossible for the president to rush a product through in the next few weeks.

Career civil servants at the C.D.C., the E.P.A. and elsewhere are engaged in similar battles to preserve these institutions and the embers of what they stand for. Anyone who wants to ensure that Americans’ food and medicine nourish rather than poisons them, or who worries about the relentless march of climate change, or who hopes that the next deadly disease outbreak will be prevented from morphing into a global pandemic, should root for those civil servants to succeed — and vote accordingly.