Opinion | Trump and Xi Sittin’ in a Tree

I was glad to see the stock market get a boost from the news that Chinese and U.S. trade negotiators were talking again and that President Trump blinked a bit and pulled some of his planned tariffs.

But don’t be fooled. Trump and President Xi Jinping of China are still locked in a cage match over who is the true big dog in today’s global economy. Both are desperate not only to “win,” but to be seen to win, and not be subjected to the scorn of their rivals or critics on social media.

The rest of us are just along for the ride.

But fixing that problem does not seem to be Trump’s only, or even primary, goal. He is obsessed with China’s persistent trade surpluses with America, even though economists keep telling him those are driven by more than just China’s trade barriers. They’re primarily driven by U.S. fiscal policy, interest rates and America spending more than we produce, and importing the difference.

In his confusion, Trump has never spelled out what he considers “victory” in the trade war with China, which he initiated and declared to be “easy” to win. Are we seeking reciprocal treatment for U.S. companies in China (which should be the goal) or to eliminate our trade deficit with China? The first takes a lot of work with China, the second a lot of work at home.

But let’s assume that it’s the first. There are two ways to go about this: with tariffs or with allies. Trump has chosen to bludgeon China with tariffs on all $500 billion-plus of China’s exports to America and to go it alone — without the rest of the world — arguing that China only understands force.

I think there was a good case for the first $50 billion in tariffs that Trump imposed last year. They were focused on protecting critical U.S. industries — from microchips to robotics to machine tools — that are the foundation of a 21st-century economy, which, for national security reasons, the U.S. does not want to see entirely migrate to China.

But beyond that, relying solely on the tariffs hammer is a mistake. Tariffs hurt U.S. consumers and farmers as much as Chinese manufacturers, which is why Trump just blinked, and they have unintended consequences.

As Weijian Shan, a leading Hong Kong-based investor in China and author of the book “Out of the Gobi,” pointed out to me, in 2010 China unveiled the fastest supercomputer in the world. It was built with U.S.-made microprocessors.

In 2015, however, the Obama administration denied Intel a license to sell its microprocessor chips to four supercomputer labs in China because they worked on technology for the Chinese military. 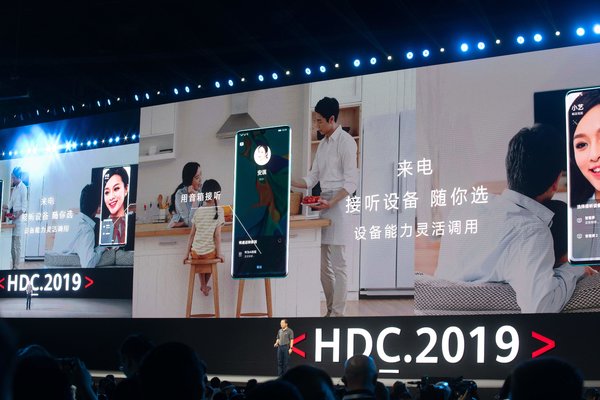 So, the following year, Shan noted, China launched a new supercomputer powered entirely by homemade microprocessors. “As of 2018, China led the global supercomputing league table, with 206 of the world’s 500 fastest supercomputers,” said Shan. “The United States came in second, with 124.”

Lately, Trump has curbed the ability of U.S. software and hardware companies to sell their products to Huawei, a Chinese tech giant. So last week Huawei, the third-largest phone handset maker in the world, after Samsung and Apple, announced it was creating its own operating system to replace Google’s Android. It won’t be as good — today. But in a couple years?

I suspect China’s leaders are now drawing up a list of advanced industrial products for which they will never allow themselves to depend on America again. What are the long-term consequences of that?

There was another way: Trump should have signed the Trans-Pacific Partnership trade deal, which would have aligned the 12 biggest Pacific economies, excluding China, behind U.S.-designed global trading rules. Then he should have lined up the European Union countries, which suffer the same trade problems with China as we do, on our side. And then he should have told the Chinese we wanted to negotiate, out of the public eye, a new set of reciprocal trade arrangements: Whatever access Chinese companies received in the TPP and E.U. markets, we would get the same in China.

(What’s truly crazy is that Trump hasn’t explained to the world that his team has actually been demanding that China change its laws, to make some of its worst trade abuses illegal, which would actually benefit every country that trades with China.)

We want a world united by common rules, not one divided by a new digital Berlin Wall between America and China. And if it is going to be divided, let it be because the whole world sees that China won’t play by those common rules, not simply that China refuses to submit to a U.S. president obsessed with being seen to win and appears to be interested in America first and only.

Trump’s go-it-alone policy has in many ways made it easier for Xi to disguise the fact that no one really knows what China’s position is on trade. First, Xi’s team signaled a willingness to make concessions to Trump and then in May it pulled all the way back.

Xi has a real dilemma. China is so much more open today than it was 30 years ago but so much more closed than it was five years ago. And that is because Xi has been tightening the control of the Chinese Communist Party and made himself president for life.

But those moves fly in the face of what China needs to advance from a middle-income country to a high-income country. That requires more innovation, flexibility and openness — to ideas, to people and to trade. I don’t buy the argument that China has found a magic formula for making political repression, state control over large sections of the economy and innovation all work together for the long haul.

Trump thinks he can get all the change he needs without allies. Xi thinks he can keep everything the same — at home, vis-à-vis the U.S. and in Hong Kong — without change. I think they’re both wrong.

But I’d rather be Trump than Xi. Trump can retreat, compromise, change on a dime and call anything a win. We saw that on Tuesday. If Xi retreats on Communist Party control over his economy, and over Hong Kong, his whole system can unravel. That’s why this moment is so complicated and fraught with danger.

At a certain point, the more things change the more they can’t stay the same.

Thomas L. Friedman is the foreign affairs Op-Ed columnist. He joined the paper in 1981, and has won three Pulitzer Prizes. He is the author of seven books, including “From Beirut to Jerusalem,” which won the National Book Award. @tomfriedman • Facebook