Since the Arab uprisings of 2011, Saudi Arabia and the United Arab Emirates have used their considerable resources to promote authoritarian governments run by military strongmen in the region. They helped crush Bahrain’s uprising, bankrolled a return to military dictatorship in Egypt, armed a rogue military leader in Libya and mismanaged a democratic transition in Yemen before launching a destructive war there.

A ghastly new chapter in the Saudi and the Emirati counterrevolution against democratic movements in the region is unfolding in Sudan, whose generals have unleashed terrible violence on supporters of democracy.

On the morning of June 3, Sudanese armed forces attacked sit-ins in the capital, Khartoum, and elsewhere, killing more than 100 people and injuring over 500. Even though the internet has been largely blocked, reports and videos have trickled out: bloodied protesters being carried away to makeshift first-aid stations; heartbreaking accounts of gang rapes of doctors; disfigured bodies of protesters pulled out of the Nile; protesters burned in their sit-in tents.

The two men ultimately responsible for the troops who committed these atrocities are Lt. Gen. Abdel Fattah al-Burhan and Lt. Gen. Mohamed Hamdan, known as Hemeti, who are heading the Transitional Military Council that replaced the ousted longtime president, Omar Hassan al-Bashir. General Hamdan leads the Rapid Support Forces, the paramilitary force created by rebranding the janjaweed militias that conducted the genocide in Darfur.

Protesters feared that elections under the military council would neither be free nor fair, but simply a cover to legitimize the appointment of a new military dictator — essentially repeating what happened in Egypt in 2014 when Field Marshal Abdel Fattah el-Sisi won by 97 percent. Mr. el-Sisi rose to power after the Egyptian Army killed up to 1,000 largely unarmed protesters at a sit-in at Rabaa Square in Cairo in 2013. Parallels to Egypt were not lost on the Sudanese protesters, who had been chanting, “Either victory or Egypt.”

Sudan’s democracy advocates also feared that the very forces that catapulted Mr. el-Sisi to power in Egypt would be pulling the strings in Sudan. Before and after the Rabaa massacre, Egypt received diplomatic support and billions of dollars of financial assistance from two wealthy Arab monarchies: Saudi Arabia and the United Arab Emirates.

General al-Burhan and General Hamdan have had a close working relationship with the Saudi and Emirati leadership since at least 2015, having been directly involved in the Saudi-led war on Yemen. General al-Burhan has been overseeing Sudan’s more than 10,000 ground troops in Yemen. These troops include thousands of militiamen from the Rapid Security Forces headed by General Hamdan. 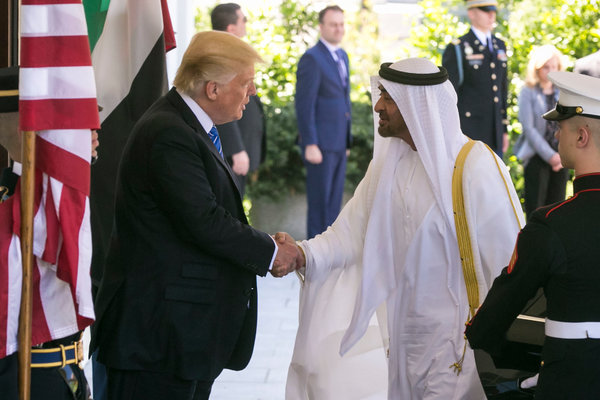 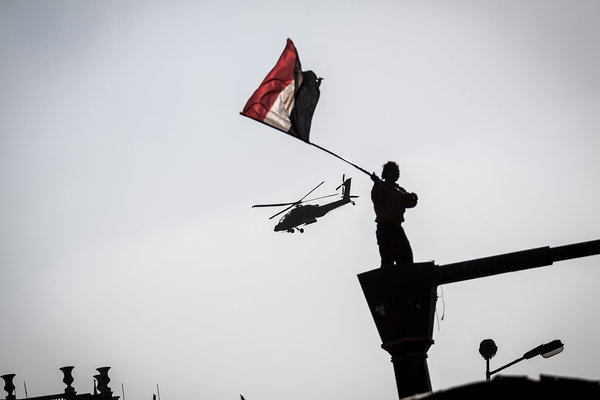 After the Transitional Military Council assumed power, the Saudis and the Emiratis made their influence soon felt: On April 21, they approved $3 billion in aid to Sudan, in a bid to strengthen the council. Yet in the weeks after, protesters continued to increase the pressure, as the number at sit-in camps swelled even as tense negotiations continued.

In late May, General Hamdan met with Crown Prince Mohammed bin Salman of Saudi Arabia and reaffirmed his commitment to a close alliance with the kingdom. General al-Burhan met the Mr. el-Sisi in Cairo and the United Arab Emirates’ de facto ruler, Mohammed bin Zayed, in Abu Dhabi. They seemed to return home emboldened: They declared the breakdown of negotiations with the Sudanese opposition, rejected calls to hand over power, declared the sit-in camps to be “a threat to the national security of the state,” and banned Al Jazeera from reporting in Sudan.

Then came the June 3 attack on the protesters, which carried echoes of the assault on Bahrain’s Pearl Square protest camp in 2011 and the Egyptian massacre. Videos uploaded on social media by citizen journalists clearly showed Emirati-manufactured military gear deployed by Sudanese militias. Influential Saudi-controlled accounts on Twitter expressed their support for Sudan’s military leaders and warned against the “folly” of popular uprising.

The Saudi and Emirati reactionary role in Sudan and their influence over the Transitional Military Council’s actions was highlighted by the reaction from the United States. After the killings, the under secretary of state for political affairs, David Hale, called the Saudi deputy defense minister Khalid bin Salman and the United Arab Emirates’ foreign minister, Anwar Gargash, to express concern over the crackdown and to note “the importance of a transition to a civilian-led government in accordance with the will of the Sudanese people.”

Saudi Arabia and the United Arab Emirates claim that their interventions have been aimed at staving off Islamist extremism and promoting regional stability. But Sudan’s uprising against Mr. al-Bashir is an uprising against political Islamists; the protest leaders who have been negotiating with the military council are not Islamists. Saudi Arabia and the United Arab Emirates are instead driven by their own fear that should a major Arab country transition to democracy, it would lead to upheavals at home.

With Sudan’s Arab neighbors under Saudi and Emirati sway, with the United States doing little beyond expressing concern, it has fallen to Ethiopia’s prime minister, Abiy Ahmed, to take the lead in mediation between the military council and the opposition. And outraged at the killings in Sudan, the African Union has suspended Sudan’s membership and called for a civilian-led transitional government.

But as long as the military junta has political and financial support from the Saudis and the Emiratis, it have little reason to back down. The protest leaders continue to be committed to nonviolence despite another round of attacks by the Sudanese forces on Sunday to thwart a general strike. Sudan’s opposition is embattled, hurting but defiant.

Iyad el-Baghdadi, founder and president of the Kawaakibi Foundation, a nonprofit working on the future of liberty in Arab and Muslim societies, is co-host of the podcast “The Arab Tyrant Manual.”