Relations between president and press have always been nettlesome, as they should be. The role of the news media in questioning and challenging power is as fundamental to democracy as the ballot. But however maddening presidents past have found reporters to be, none has wandered so far beyond accepted boundaries as President Trump.

Granted, suspending the White House press credential of CNN’s Jim Acosta may not seem to rank high in the catalog of outrage that Mr. Trump has filled, especially on the heels of a midterm election in which the president’s demagogy played so central a role and coinciding as it did with his forcing the resignation of an attorney general who dared put law and propriety above craven loyalty.

Mr. Trump has amply demonstrated his inability to deal with criticism or tough questions in any way other than to immediately, angrily and crudely counterattack. Mr. Acosta has regularly provoked the president to fury, and he did so again on Wednesday with questions about the Central American migrant “caravan” and the Russia investigation.

Anger is one thing, but in suspending Mr. Acosta’s press credential, Mr. Trump signaled that in his view, asking hard questions — the most basic function of a reporter — disqualifies journalists from attending White House briefings. That Mr. Trump’s press secretary, Sarah Huckabee Sanders, would then use the demonstrably false claim that Mr. Acosta had laid “his hands on a young woman” as a pretext to throw him out compounds the cynicism.

If Ms. Sanders was so offended by that physical contact, what did she have to say when her boss praised as “my kind of guy” Representative Greg Gianforte of Montana, who was sentenced to anger management classes and community service for body-slamming a Guardian reporter last spring?

What is most alarming in the Acosta incident is its illustration of the extent of Mr. Trump’s ignorance of the role of a free press in American tradition and democracy, and of the president’s role in defending it. Nobody would argue that the news media is infallible, and that, in the terrible polarization of American society, news reporters would feel targeted for attack for doing their jobs. Mr. Acosta, for one, has been outspoken in his frustration with the White House press operation.

But it is Mr. Trump, with his incessant demonization of “fake news” and inflammatory characterization of news organizations as the “enemy of the people,” who has systematically and dangerously done everything in his power to undermine a free and independent press. That someone like Senator Lindsey Graham, the South Carolina Republican who surely knows better, joins in bashing the press underscores the effectiveness of Mr. Trump’s poison.

Mr. Trump would no doubt prefer that every member of the White House press corps be like Sean Hannity or Jeanine Pirro, the Fox News personalities who happily joined the president onstage at his last pre-election campaign rally in Missouri on Monday. Mr. Hannity has long been an unapologetic booster of Mr. Trump, but even his colleagues and managers at Fox were aghast at his participation in the rally, at which he went so far as to join in attacking “fake news” reporters at the back of the room, among whom was a Fox News White House correspondent, Kristin Fisher.

Mr. Trump is not likely to temper his rhetoric. But those he listens to, including Ms. Sanders, Senator Graham and the executives at Fox News, should try to impress on him the danger of confounding loyalty to Donald Trump with loyalty to the Constitution and to democracy. 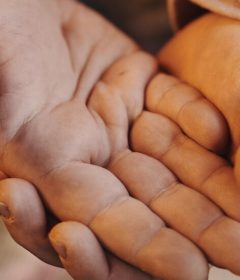 Opinion | I’m a Longtime Union Organizer. But I Had Never Seen Anything Like This. 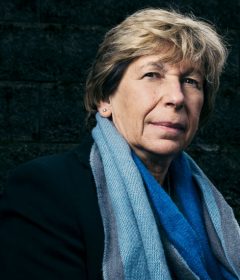 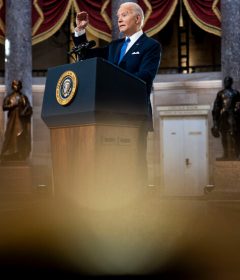