We’re looking ahead to President Trump’s visit to the southwest border today. We also have an update from the trial of the drug lord El Chapo, and contested election results in the Democratic Republic of Congo.

Shutdown talks were a “waste of time,” President Trump says

The president is scheduled to visit the border in McAllen, Tex., today, a day after walking out of a meeting with Democratic leaders who said they wouldn’t fund a wall even if Mr. Trump agreed to end the partial government shutdown.

He could still declare a national emergency, a move that would allow him to bypass Congress and use money allocated for the military to build a wall.

News analysis: Declaring a national emergency “could be the only politically realistic way out of the shutdown crisis,” our Washington correspondent writes. But “it would be an extraordinary violation of constitutional norms — and establish a precedent for presidents who fail to win approval for funding a policy goal.”

The Daily: In today’s episode, one of our congressional reporters discusses the stalemate.

From Opinion: Mr. Trump wants to hang an “unwelcome” sign on a nation built by immigrants, writes Jorge Ramos, a Univision anchor. 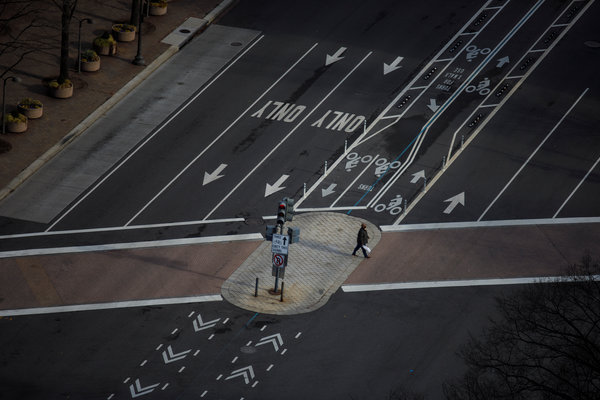 The broad reach of the shutdown

About 800,000 federal employees are furloughed or working without pay, and many are concentrated in the West, where the Departments of Agriculture and the Interior are major employers. We look at the states that are most affected.

In Washington, D.C., about 145,000 workers have been furloughed, turning the capital into what one restaurant manager called “a ghost city.”

The House voted on Wednesday to fund the Treasury Department, the I.R.S. and other agencies, including White House operations. It was one of several bills intended to draw the support of wavering Republicans.

The effects: On Wednesday, the Food and Drug Administration announced that it had stopped some routine safety inspections. Here’s a look at other effects of the shutdown.

For years, the American exit strategy from Afghanistan has relied on building and training that country’s military to fight the Taliban on its own. The U.S. has spent nearly $8 billion in the past decade to build up Afghanistan’s Air Force, but it is a work in progress.

Aircraft from the American-led coalition carry out roughly five times as many airstrike missions as the Afghans do, and Afghan aircraft have killed civilians at a higher rate.

“It would be a home run if we got to 60 to 65 percent” self-sufficiency for the Afghan Air Force, said a retired general who commanded the air training mission in 2013 and 2014.

Why it matters: Afghanistan could rely on American support for years, complicating President Trump’s efforts to withdraw U.S. troops.

Two studies published on Wednesday document how Coca-Cola and other Western companies have helped shape Chinese food and beverage regulations.

An organization funded by some of the biggest names in snack food has offices inside China’s Health Ministry, and it has worked to stave off food regulations and soda taxes.

Response: The director of the group said that its activities “are based on science and are not affected by any business.”

Background: Coca-Cola tried similar tactics in the U.S. several years ago, saying that exercise, not dieting, was the solution to the obesity crisis. After an outcry from public health advocates, it stopped those efforts.

The Mexican drug kingpin on trial in New York hired a technology expert to protect his communications. The F.B.I. then persuaded the expert to turn on his employer, opening the floodgates to his private messages.

They paint an astonishing portrait of El Chapo not only as a philanderer but also as a man who relied on the women in his life to help him conduct daily operations.

Rod Rosenstein’s departure: The deputy attorney general, who has been overseeing the Russia investigation, is expected to leave the Justice Department after President Trump’s choice to run the department is confirmed.

Snapshot: Above, at the Las Vegas Convention Center during International CES, the largest consumer electronics convention in the country. (If you want more, take our visual tour.)

In memoriam: Carlos Sánchez played Juan Valdez, the embodiment of Colombian coffee and one of the most recognizable pitchmen in the world, for nearly four decades. He died at 83.

What we’re reading: This remembrance of Jamal Khashoggi in The New Yorker, by Lawrence Wright, who will be among those honoring the assassinated Saudi dissident at the Capitol today. David D. Kirkpatrick, an international correspondent who knew Mr. Khashoggi, found this passage especially resonant: “In some ways, Jamal believed in my country more than I did.”

Cook: Salty-sweet, crisp-soft kitchen sink cookies are a great way to use extra candy, baking chocolate and even pretzels or chips.

Watch: The choreographer Mariaa Randall, who belongs to the Bundjalung and Yaegl people of New South Wales in Australia, performs a dance segment showcasing aboriginal footwork. She brings it to New York today under the umbrella of the First Nations Dialogue.

Listen: The rapper Noname’s latest stream of consciousness is “Song 31,” in which she syncopates “her rhymes rapidly and precisely over the tricky beat,” our critic Jon Pareles writes.

Smarter Living: Take your vacation time! Make travel less stressful and more rejuvenating, easing up on your itinerary so that you can spend more hours enjoying your destination. Leave if you’re not having a good time. Also, you probably don’t need to carry a voltage converter or a hair dryer.

We also have tile recommendations to spruce up your bathroom.

The intrepid lad made his official debut on Jan. 10, 1929, in a young readers’ supplement of the Belgian newspaper Le Vingtième Siècle.

Like other comic book characters, Tintin sprang from the page into other forms: Belgian theater, cartoons and movies, including “The Adventures of Tintin,” the 2011 animated film directed by Steven Spielberg.

(A Times article about the movie suggested pronouncing Tintin the French way: “Tanh-tanh,” and not as a rhyme of “win win.”)

Neither Tintin nor his creator was without controversy. One adventure was deemed anti-Communist, while another was viewed as anti-American.

The cartoonist took it all in stride: “For years, the left has said I’m right, and the right has said I’m left. I don’t like to contradict either.”

Thank you
To Eleanor Stanford for the cultural dos, Chris Harcum for the literary clues and James K. Williamson for the Smarter Living cues. George Gene Gustines, an editor who has covered the comics business since 2002, wrote today’s Back Story. You can reach the team at [email protected]

P.S.
• We’re listening to “The Daily.” Today’s episode is about the stalemate over the shutdown.
• Here’s today’s mini crossword puzzle, and a clue: Titles for knights (4 letters). You can find all our puzzles here.
• The New York Times publisher, A. G. Sulzberger, addressed employees this week in the annual “State of the Times” address. “Our mission,” he said, “is to seek the truth and to help people understand the world.”

Chris Stanford is based in London and writes the U.S. version of the Morning Briefing. He also compiles a weekly news quiz. He was previously a producer for the desktop home page and mobile site, helping to present The New York Times’s news report to readers. Before joining The Times in 2013, he was an editor and designer at The Washington Post and other news organizations. @stanfordc