Home » Americas » Yosemite National Park under threat from wildfire that has burned 9,000 acres

Yosemite National Park under threat from wildfire that has burned 9,000 acres 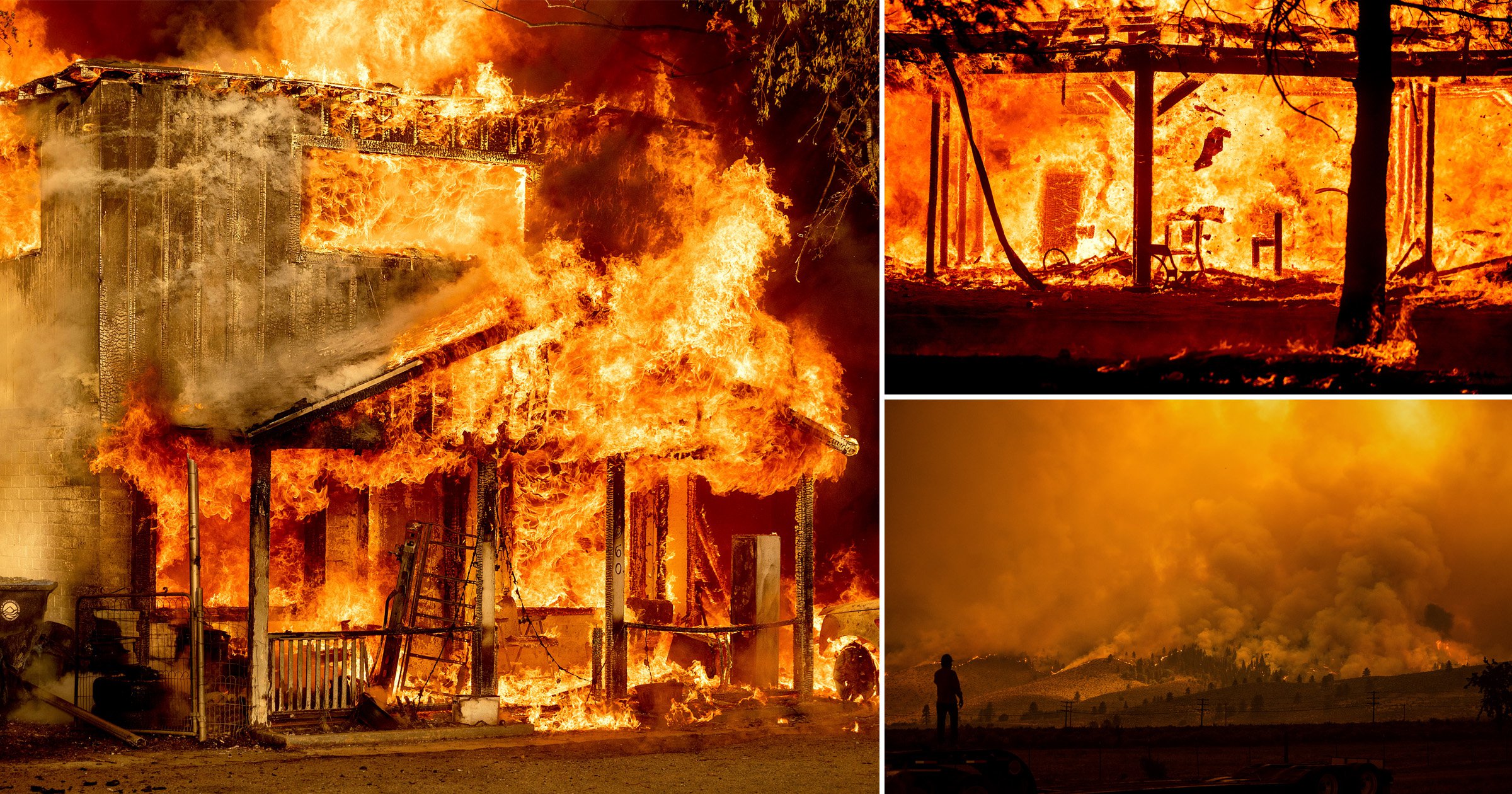 A wildfire in California that has ripped through more than 9,000 acres in just 48 hours is threatening to burn parts of the Yosemite National Park.

The treasured park, which is famed for its ancient trees and towering mountain ranges, is within 20 miles of the raging River Fire which is being blown towards Yosemite by strong winds.

The blaze, which broke out on Sunday afternoon near Oakhurst, has already devoured close to 10,000 acres of forest and is only around 10% contained.

That’s according to the California Department of Forestry and Fire Protection, who has said that in total, 161 fire engines have been assigned, while 1,327 personnel have been deployed to help tackle the River Fire. 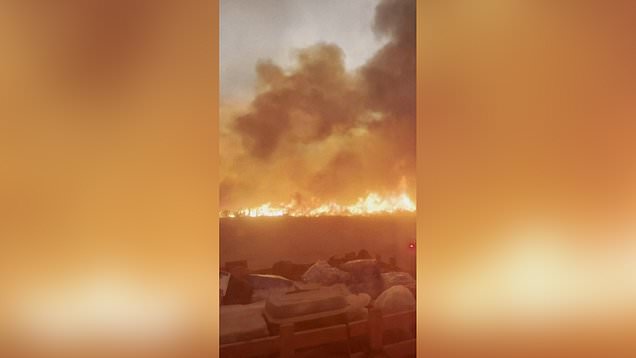 Thousands of people have been forced to flee their homes because of the fire and dozens like it that are burning throughout California. Mandatory evacuation orders and warnings were in place in parts of Madera and Mariposa counties.

Some 59 large wildfires are raging in 12 states and have so far burned through 863,976 acres (1,350 square miles), the National Interagency Fire Center has reported.

Cal Fire spokesperson Jaime Williams told the Los Angeles Times that while the cause of the fire is still being investigated, extreme heat in the region is thought to be a factor.

Williams said: ‘They’re still making an aggressive attack on this fire. With the cooler temperatures, we’re hoping to get even more work down tonight.’

North of the River fire, the Beckwourth Complex Fire that was caused by lightning, and includes the massive Sugar Fire, ballooned to 91,200 acres on Monday.

The Sugar Fire, which is burning north of Lake Tahoe, has spread rapidly northwards said Kimberly Kaschalk, a public information officer with California Incident Management Team 4. Due to its massive size, officials have only managed to contain 23% of it so far.

The other blaze in the Beckwourth Complex fire – the Dotta fire – which started June 30 and has so far charred 670 acres, is now 99% contained.

Authorities have received many reports that the Sugar fire has destroyed homes in its path and while no new figures have been released, a damage assessment team is working on a tally.

Several counties in California have ordered families to leave their homes as there’s an ‘immediate threat to life’ caused by the raging wildfires.

The numerous blazes come as California and the wider US mid-west experiences searing temperatures that have lasted for more than a month.

Temperatures in the region surpassed the 100F mark again at the weekend as fears of a long-term drought grow stronger.

California on track for worst ever fire season

As of Monday 142,477 acres have been torched by wildfires in the state, which is 103,588 more acres than during the same time period last year, Cal Fire said in a tweet on Monday.

That means this year could surpass the record-breaking totals set in 2020, when California recorded its worst fire season, with more than 4.2 million estimated acres burned.

‘While wildfires are a natural part of California’s landscape, the fire season in California and across the West is starting earlier and ending later each year, Cal Fire said.

‘Climate change is considered a key driver of this trend.’

According to Cal Fire data, fires this year have damaged or destroyed 119 structures but no fatalities have been reported.

Last year, more than 10,000 structures were damaged or destroyed and 33 people were killed by the flames.

Since January there have already been 4,991 fires in California, mostly due to extremely hot and dry conditions, Cal Fire said.

By this time last year, roughly 700 fewer fires had burned across the Golden State.

‘The length of the fire season is estimated to have increased 75 days across the Sierras and seems to correspond with an increase in the extent of forest fires across the state’, the agency added.

While much of the area will continue to be hot and dry, parts of the southwest, including Arizona and New Mexico could see excessive rainfall, which could bring a welcome rest-bite to the emergency services who are tasked with battling the fires.

According to the National Interagency Fire Center (NIFC) there are 59 active large fires across the US that have burned nearly 864,000 acres across 12 states.

More than 1.9 million acres have burned in 33,772 fires from January 1 to July 11 this year, according to the NIFC, surpassing the previous year’s tally for the same period.