A woman was trapped in a clothing donation bin for three days after claiming someone pushed her in and locked the door.

The woman was reaching into the bin on the street when she was reportedly lifted and thrown though the pull-down hatch.

She spent the entire weekend trapped inside the metal container on a street corner in Paterson, New York.

According to local media, she was unable to move her arms and legs inside the bin.

Police eventually rescued the woman after a passer-by heard her screaming and alerted the authorities.

She was taken to St Joseph's Medical Centre and treated for frostbite.

New York Police said they had been to three call outs to people trapped inside clothing bins in the last two years.

They said once a person is inside the bin, the arrangement of the sliding door makes it impossible for them to escape alone, reports NBC News.

In 2017, a woman who was left dangling above the ground after her arm got trapped in a clothing donation bin was found dead the next morning.

Judith Permar, 56, died from a combination of trauma and hypothermia after she was unable to remove her arm from the drop-off box.

The woman, from Pennsylvania, described as short, was using a step stool to reach into the bin when it collapsed beneath her,  PennLive  reported.

Her left arm became stuck in the clothing box and her feet were left hanging just above the ground.

Police believe Permar went out to the donation bin, located along Route 54 in Natalie, around 2am Sunday.

She was discovered six hours later, around 8:30 am, and pronounced dead at the scene.

Law enforcement officials told  WNEP  the cause of her death was ruled accidental. Her injuries included a broken arm and wrist, the coroner said.

“It was very sudden and our family will learn to cope with the loss of such an amazing Wife, Mother, Sister and Friend,” she wrote. 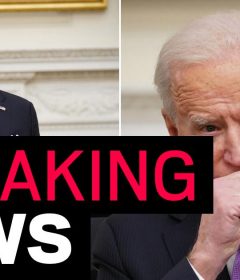 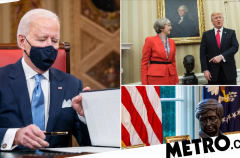 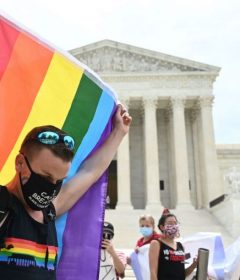