A former operations chief for the Sinaloa drug cartel took the witness stand Wednesday and offered a master class on the inner workings of the trafficking operation, identifying Joaquín Guzmán Loera, known to the world as El Chapo, as one of its chief leaders.

In three hours of insider testimony, the witness, Jesus Zambada García, provided details of the cartel’s logistics, financing and central personalities — among them, his own brother, Ismael Zambada García, who once served as Mr. Guzmán’s deputy and partner.

At the high point of the afternoon, Mr. Zambada — balding, wearing a pair of tinted glasses and dressed in a blue prison jumpsuit — rose to his feet and pointed at Mr. Guzmán, naming him one of Mexico’s “most powerful drug traffickers.” With arms crossed, Mr. Guzmán showed little reaction aside from coolly meeting his former underling’s gaze.

That exchange, like the rest of Mr. Zambada’s detailed testimony, came on the second day of Mr. Guzmán’s drug conspiracy trial in Federal District Court in Brooklyn. The government has charged Mr. Guzmán with making nearly $14 billion in illicit profits during his 20 years in business and protecting his empire with a sprawling payroll of corrupt officials and an army of sicarios, or professional assassins.

Until the Guzmán trial, American prosecutors have never had the chance to publicly lay out what they know about a major Mexican cartel, as they have done with other criminal organizations like Al Qaeda and the Mafia. But Mr. Zambada, who said he worked for the cartel from 1987 until his arrest in 2008, acted as a tour guide of sorts, telling the jury how its operatives would waterproof packages of cocaine in multiple layers of rubber, and once used deep-sea divers to retrieve a shipment that had sunk in a container vessel off the coast of Puerto Vallarta.

Having risen through the ranks, from an accountant to becoming the cartel’s main person in Mexico City, Mr. Zambada seemed to know almost every aspect of the organization’s operations: from who ran its “plaza” in Guerrero to the various names — Sapphire, Pacman and Coca-Cola — it used to brand its product.

In general, Mr. Zambada said, in a nonchalant manner, the cartel’s cocaine originated in Colombia and was shipped by fast boats to Cancun, where it was brought ashore by a human chain of haulers. From there, he said, it was typically trucked to warehouses in Mexico City — often in gas tankers — and then moved north to border towns, like Ciudad Juárez and Agua Prieta, to be smuggled into the United States. 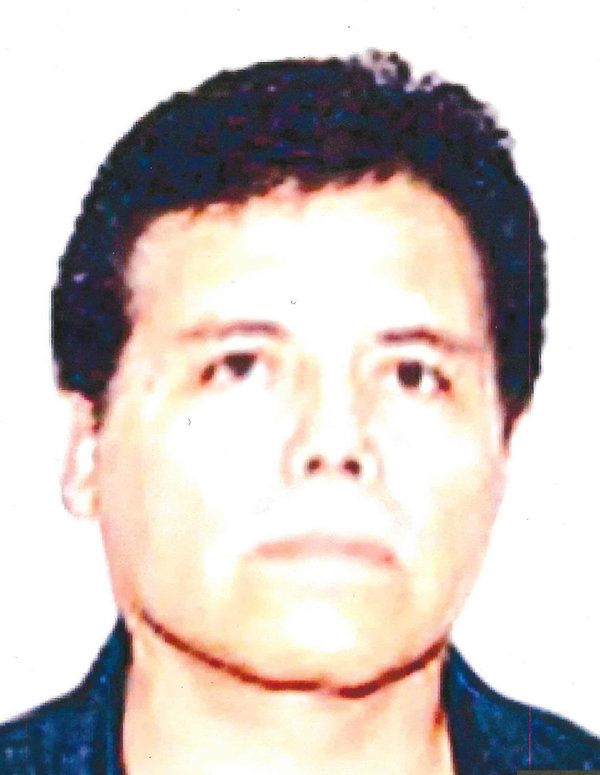 The profits were apparently enormous. Mr. Zambada, who has an accounting degree, testified that a $9 million investment in a 15-ton shipment of cocaine could earn its backers — after transportation costs — $39 million if sold in Los Angeles. If the same shipment were sold in Chicago, where prices were higher, he explained, the profits would be $48 million. In New York, he said, an investor could see a return of $78 million.

Mr. Zambada recalled that he first met Mr. Guzmán in 2001, only hours after the kingpin escaped from the Puente Grande prison. That day, Mr. Zambada told the jury, he helped his brother — known as Mayo, a diminutive of Ismael — arrange a helicopter to swoop down and ferry Mr. Guzmán to safety.

Ismael Zambada figured heavily in the defense’s opening statements on Tuesday. Mr. Guzmán’s lawyers accused him of being the real leader of the Sinaloa cartel and claimed that their client had been framed by his onetime partner in a vast conspiracy that included paid-off Mexican officials and “crooked” American drug agents.

The prosecution, infuriated by the claims, filed an unusual motion late Tuesday to strike the entire presentation, saying it was based on hearsay and violated an evidentiary ruling issued before the trial by Judge Brian M. Cogan. On Wednesday morning, Judge Cogan denied the motion, but told the jury to ignore any references to official corruption and focus on the charges Mr. Guzmán is facing.

Mr. Zambada will take the witness stand again on Thursday morning, when he is likely to face a cross-examination focused on the numerous murders he is said to have committed for the cartel.

On Wednesday, one of Mr. Guzmán’s lawyers, Jeffrey Lichtman, rattled off the names of several other cooperating witnesses who are expected to appear at the trial. They included the former drug dealer Miguel Angel Martínez, who Mr. Lichtman said had a four-gram-a-day cocaine habit; and another trafficker, Alex Cifuentes, who once worked for Pablo Escobar, the boss of Colombia’s Medellin cartel.

He referred to the government’s witnesses as “degenerates” and “people who will make your skin crawl.”

Mr. Lichtman also claimed that the government planned to call Mr. Guzmán’s onetime right-hand man, Cesar Castelum, who is said to have once plotted to assassinate a president of Honduras. Mr. Castelum is expected to testify that Mr. Guzmán was not a millionaire and was often broke and always asking for money, Mr. Lichtman said.

“This case,” he added, “is built on a foundation of lies.”