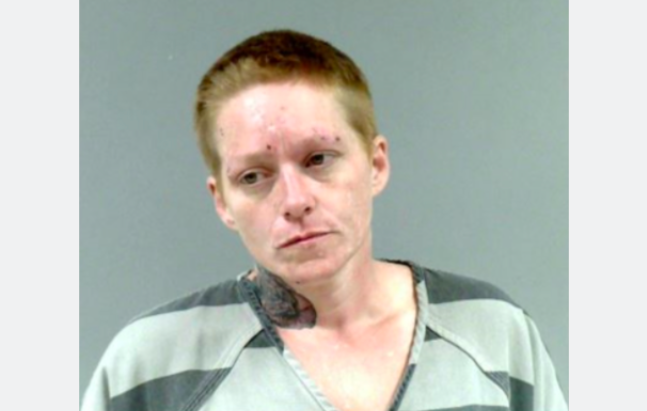 A woman allegedly poured gasoline on her husband and lit him ablaze as the two argued about cell phone usage. Tiffany Hall, 36, was arrested on Sunday in connection with the domestic dispute and extensive burns her 62-year-old husband suffered.

Deputies were dispatched to the 6900 block of Parks Road in Colebrook Township, Ohio, shortly before noon after a neighbor called 911, the Ashtabula County Sheriff’s Office stated in a press release on Monday.

‘The victim told deputies he and his wife were arguing about using the phone when she came at him with a bucket of gasoline, threw it on him and lit him on fire,’ the release states. ‘He ran across the street to a neighbor’s house where they sprayed him with a hose and tried to help with the burns until medical crews arrived.’

Hall’s husband, whose identity was not released, was airlifted to Akron Children’s Hospital’s burn unit and is in stable condition, according to the sheriff’s office.

Meanwhile, Hall fled the scene before deputies arrived and stole a car from a home on the 6500 block of Parks Road, the release states. Authorities found the vehicle on State Route 11 just south of State Route 46 in Plymouth Township a short while afterward.

The wife was arrested without incident and booked into Ashtabula County Jail. She is accused of felonious assault and receiving stolen property.

Hall has only been formally charged for theft and ‘the case is still being reviewed and charges will be forthcoming’, Ashtabula County Sheriff’s spokeswoman Stacy Millberg told Law & Crime.

She appeared before Eastern County Court Judge Harold Specht for her arraignment on Tuesday, The Star Beacon reported, and her bond was set at $100,000. Hall would have to have a mental health evaluation before being released and would be ordered not to have contact with her husband.