A white man who fired a shotgun at a black teenage boy who had knocked on his door to ask for directions was sentenced on Tuesday to at least four years in prison.

The man, Jeffrey Zeigler, 53, of Rochester Hills, Mich., was sentenced to two to 10 years in prison for assault with the intent to commit great bodily harm, and an additional two years for using a firearm during a felony.

The sentences will be served consecutively, which means he will serve at least four years before he is eligible for parole.

“I am full of remorse and regret,” Mr. Zeigler, a retired firefighter, said in court on Tuesday. “I wish I could change something.”

Though the boy was not hit in the shooting, the case has raised questions about race and bias, and is among the latest examples of how simple, everyday interactions can quickly turn dangerous for black people.

“He stopped at that house because they had a neighborhood watch sign,” the boy’s mother, Lisa Wright, told WDIV Local 4, a television station in Detroit, on Tuesday. “So what do I tell him? Don’t stop at neighborhood watch doors? Don’t knock on a door when you need help?”

Her son, Brennan Walker, was a 14-year-old high school freshman who had woken up late for school on the morning of April 12. He missed the bus and decided to walk to Rochester High School, hoping to make it in time for his third-period class in world studies, his favorite subject. 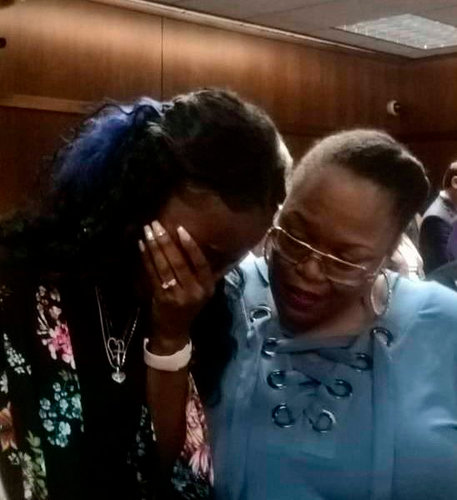 He became lost along the way and did not have his phone or a GPS device with him, so he stopped to ask for help. Surveillance video showed Brennan approaching Mr. Zeigler’s house wearing his backpack.

“She didn’t really give me a chance to speak a lot, and I was trying to tell her that I go to Rochester High and I was looking for directions,” Brennan said. “A few moments later the guy came downstairs, and he grabbed the shotgun.”

Brennan sprinted away. Mr. Zeigler emerged from the home with the shotgun and fired in Brennan’s direction, surveillance video showed.

His lawyer, Robert J. Morad, said that under Michigan’s sentencing guidelines, the judge could have chosen to give probation for one of the counts, but instead ordered a far greater sentence of two to 10 years.

“We were hoping the judge would go less than what she did,” Mr. Morad said.

Mr. Morad has argued that the encounter happened so quickly that Mr. Zeigler did not have time to consider the boy’s race. But Brennan’s mother told reporters on Tuesday that she disagreed.

“If there was a button I could press for me to pick what color I could be, just so I wouldn’t have to deal with this type of stuff,” she said, “I would have to be your color so I could survive.”