Home » Americas » What’s Going On With Illegal Fireworks in California? 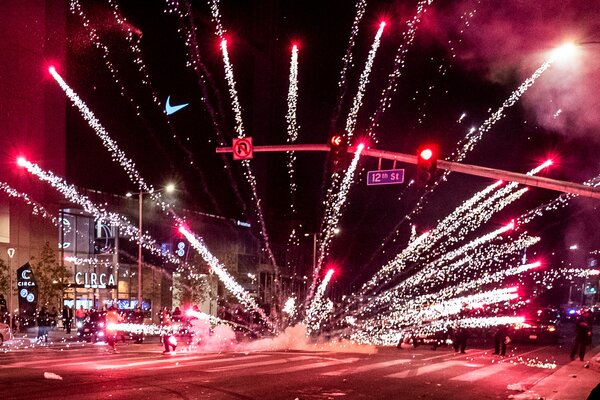 It was after 9 p.m. on Sunday when I heard two big booms within five minutes. In this part of West Los Angeles, the sounds aren’t so familiar — and two in quick succession had me wondering: fireworks or gunshots? A quick alert from both Citizen and Ring drew comments from neighbors that confirmed it was the former: illegal fireworks, a trend that may be on the upswing as we head toward the Fourth of July.

California residents already know the struggle to rein in the use of illegal fireworks. While some cities permit “safe and sane” fireworks (like ground and hand-held sparkling devices), most parts of the state ban larger and more dangerous ones. Still, in June 2020, amid a stringent lockdown in many parts of the state as the pandemic raged, many Californians complained about a constant barrage.

In an effort to crack down on the use of illegal fireworks this summer, cities are outlining plans to protect residents and penalize offenders. Last month, the Sacramento City Council unanimously approved a new ordinance that aims to empower local law enforcement. The rules, which go into effect on June 24, will include a portion that allows the authorities to hold property owners responsible for any illegal fireworks activity on their property.

Los Angeles’s city attorney, Mike Feuer, told me this week that part of the city’s crackdown was focused on online sales. The strategy involves identifying where fireworks have been traditionally sold online, then sending cease-and-desist letters to the platforms.

Then, the agencies engage with those platforms, like Facebook and Craigslist, to both take down listings and collaborate on ways to diminish the amount of sales possible. So far, Feuer said, Los Angeles has seemingly had fewer complaints than last year, and currently has no open cases against offenders.

The Central Valley, though, may be facing a more difficult battle. Residents in Fresno have made hundreds of complaints to law enforcement agencies and City Council members in recent weeks about the almost nightly sound of popping fireworks.

“It seems to be an issue here in the Central Valley because of the availability of illegal fireworks, either through neighboring states, or through our southern border,” Paco Balderrama, Fresno’s chief of police, told me yesterday.

Fresno’s police and fire departments have started a public information campaign to raise awareness and ensure the public that this is a big deal. Additionally, Balderrama said, a joint task force of fire investigators and police officers will be tackling online ads and sales, in an attempt to confiscate illegal fireworks before the holiday.

The city also has FresGo, a free smartphone app that allows residents to report illegal fireworks. Balderrama said the task force responded to more than 200 reports last weekend, and he encouraged residents to continue using the system. Last year, the FresGo app brought in thousands of notifications, and the chief said he expected about the same level this year.

“This year is a really bad year to have this problem,” Balderrama said. In the midst of a punishing drought, the use of illegal fireworks raises the risk of fires.

The birthrate is falling for American women in their 20s, especially in places where the local economy is booming.

Amid record-high temperatures across much of California, an alert was issued for Thursday from 5 p.m. to 10 p.m., to encourage electricity conservation and avoid rolling blackouts, the state’s power grid operator said.

Between 2016 and 2019, Bakersfield police officers broke at least 45 bones in 31 people, KQED reports. No officer has been disciplined for it.

“It was just wrong on every level.” More than 30 pelicans have been mutilated in Orange County.

Here’s a guide to making your home more resistant to wildfires.

Martin Yan has played the roles of television personality, cookbook author, restaurateur and YouTube host in his career, which has spanned more than four decades.

When his show “Yan Can Cook” debuted on PBS in 1982, Yan, at 33, became one of the first people of Asian descent to host a cooking show in the United States. It is still syndicated around the world, making it one of the longest-running American cooking programs.

The title of the show mirrors his catchphrase: “If Yan can cook, so can you!”

My colleague Priya Krishna explored how that ethos — if a soft-spoken boy from Guangzhou, China, can make it big cooking stir-fries and dumplings, he figures, anyone can — has helped shape American food culture.

Priya Arora was born and raised in the San Fernando Valley, and graduated from U.C. Irvine. They are currently a social media editor on the Audience team, and also write about South Asian pop culture for The Times. 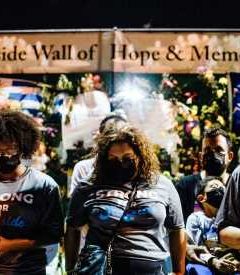 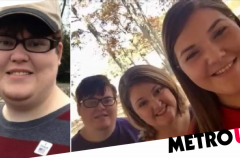 A gnarly brown Christmas? Tree farms dry out in the Pacific Northwest.