Home » Americas » What to Know About California’s Vaccine Rollout

What to Know About California’s Vaccine Rollout 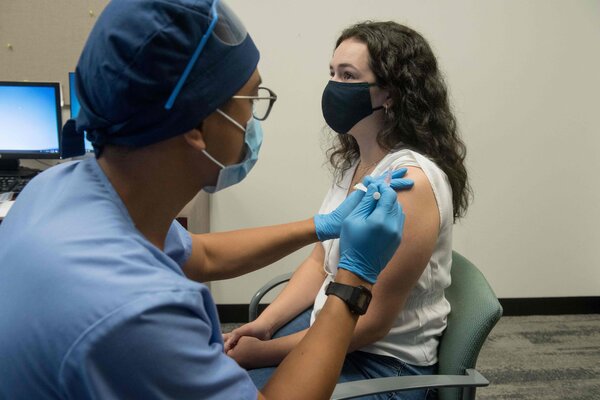 Last week, in the midst of a worsening pandemic came a rare bright spot: Pfizer and Moderna announced that their vaccines were 90 percent effective or better against Covid-19. The news came as cases in California soared and 28 counties were moved back to the most restrictive tier.

The two drug companies said they would apply to the Food and Drug Administration for emergency authorization within weeks. And this morning, a third drugmaker announced promising results: AstraZeneca said early data showed its coronavirus vaccine was potentially up to 90 percent effective.

We know that once a vaccine is approved, there are many questions about how it will be rolled out to the public. Last month, Gov. Gavin Newsom created an 11-member Scientific Safety Review Workgroup, made up of esteemed scientists from around the state, tasked with independently reviewing vaccines for safety. Officials are also working with the Centers for Disease Control and Prevention to begin planning vaccine distribution in advance, working out the logistics of how they will supply vaccines to some 40 million residents.

Health officials have warned that the vaccines will be in extremely limited supply at first. By the end of this year, Mr. Newsom expects the number of available vaccines to be no more than two million for the whole state.

“We have roughly that many people just in our health care delivery system alone,” he said in an Oct. 19 news conference. “Don’t anticipate or expect that you can go down to a local pharmacy anytime in this calendar year and likely get a vaccination.”

Here’s what we know about the vaccine rollout so far.

In what order will the vaccines be distributed?

According to California health officials, who published a working draft of their vaccine distribution plan, the vaccine will be rolled out in three phases. The first phase, when supply is the most limited, will be to inoculate health care workers working directly with patients with Covid-19, followed by people at risk for severe complications from the virus and other essential workers.

The second phase will include more essential workers who weren’t able to get vaccines in the first phase and vulnerable populations, like people in skilled nursing facilities, residential care facilities, people with disabilities or those living in correctional facilities. Underserved communities that have been hit hard by the pandemic — African-American, Latino and rural communities — will also be taken into consideration. “They’re front and center in terms of our planning,” Mr. Newsom said.

The third phase will be reached when there is enough vaccine available for the entire population. At this point, everyone who has not already been vaccinated will be encouraged to get one.

What are the challenges to rolling out a vaccine?

The two vaccines announced last week shattered all records for speed of development. “We’d be lucky in normal circumstances if we were able to develop vaccines in three years,” said Brad Pollock, associate dean for public health sciences at the University of California, Davis, School of Medicine.

The vaccines work by using the host’s own immune system to form a defense against the virus.

Even with the historic development, there are some challenges ahead. The Moderna and Pfizer vaccines require two doses given weeks apart, meaning people will have to remember to get their second follow-up dose.

There’s also the matter of storage. Both of those vaccines must be stored at low temperatures, although Moderna said that its vaccine had a longer shelf life under refrigeration and at room temperature than previously reported. State health officials said they are working to improve their cold chain storage capacities.

Once the vaccine is widely available, there might be some resistance to taking it, studies have shown. But there is now reason to believe that more people will be willing to take a vaccine than previously thought. A Gallup poll released on Tuesday showed that 58 percent of the adults who were surveyed were willing to be vaccinated, up from 50 percent in September.

Is there a timeline?

Mr. Newsom said he expected the vaccine would be widely available in the middle of next year. A number of variables will become more clear in the coming months. Dr. Pollock said that people who participated in the Moderna and Pfizer trials will still need to be followed for a few more months in order to monitor potential side effects.

The Moderna trial did not include children but there are plans to include them in the coming months. However, since children seem to be spared from the harshest effects of the virus, it’s unlikely that they will be included in the first few phases.

Dr. Bob Wachter, a professor and chair of the University of California, San Francisco’s department of medicine, said last week that the vaccine news has been genuinely worth celebrating. By this time next year, he said, things might be something significantly closer to normal.

In the meantime, though, health officials are imploring the public to stay vigilant in the time before a vaccine is rolled out, urging people to stay home this Thanksgiving.

“It’s hard to make sacrifices,” Dr. Wachter said of Thanksgiving plans this year. “But this is one that a lot of people are going to regret not having made.”

Here’s what else you might have missed over the weekend

Virus cases are rising. California is shutting down again to curb the spread. But retail workers who staff grocery stores and ship your Amazon orders aren’t getting paid extra to risk their lives. [The New York Times]

Mr. Newsom and his family are under quarantine after learning that three of his children were exposed to a California Highway Patrol officer who tested positive for the coronavirus, the governor’s office said late Sunday. [The Los Angeles Times]

In the Bay Area, health officials say there’s been a demographic shift in Covid infections: Positive tests among Latinos, who are more likely to be essential workers, are decreasing, and positive tests among white residents are on the rise. [The San Francisco Chronicle]

California’s unemployment debacle has been fueled by the Bank of America, through an exclusive contract. Since 2010, the bank has delivered benefits through prepaid debit cards. Now, recipients say their payments have been entangled in big errors and security lapses. [CalMatters]

If you missed it, Pacific Gas and Electric named a new chief executive — again. [The San Francisco Chronicle]

Just like Dorothy entering the Technicolor world of Oz, Hollywood feels as if it is stepping into a new era — one with streaming at the center. See: the simultaneous HBO Max and theater release of the big-budget “Wonder Woman 1984.” [The New York Times]

Want to invest in a TikTok mansion? Now may be your chance. [The New York Times] 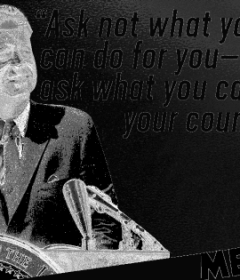 Most memorable inauguration quotes in US history 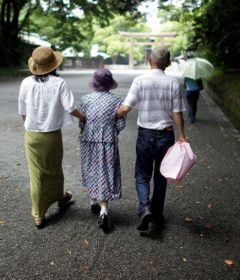 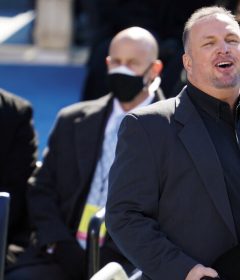