A father has accused a water park of racial discrimination after his teenage son’s birthday party was abruptly canceled after over 500 guests arrived.

Chris Evans said he signed a $1,900 contract to reserve the Summit Waves Aquatic Facility to hold a party of 250 people for his 17-year-old son Isiah’s birthday party on Saturday.

But twice as many people showed up, according to park officials, prompting them to cancel the event.

While Evans and his wife were headed to the water park, they were told ‘this event doesn’t represent Lee’s Summit Waves and that my reservation was canceled because she was uncomfortable,’ Evans said during a press conference published in the Kansas City Star. 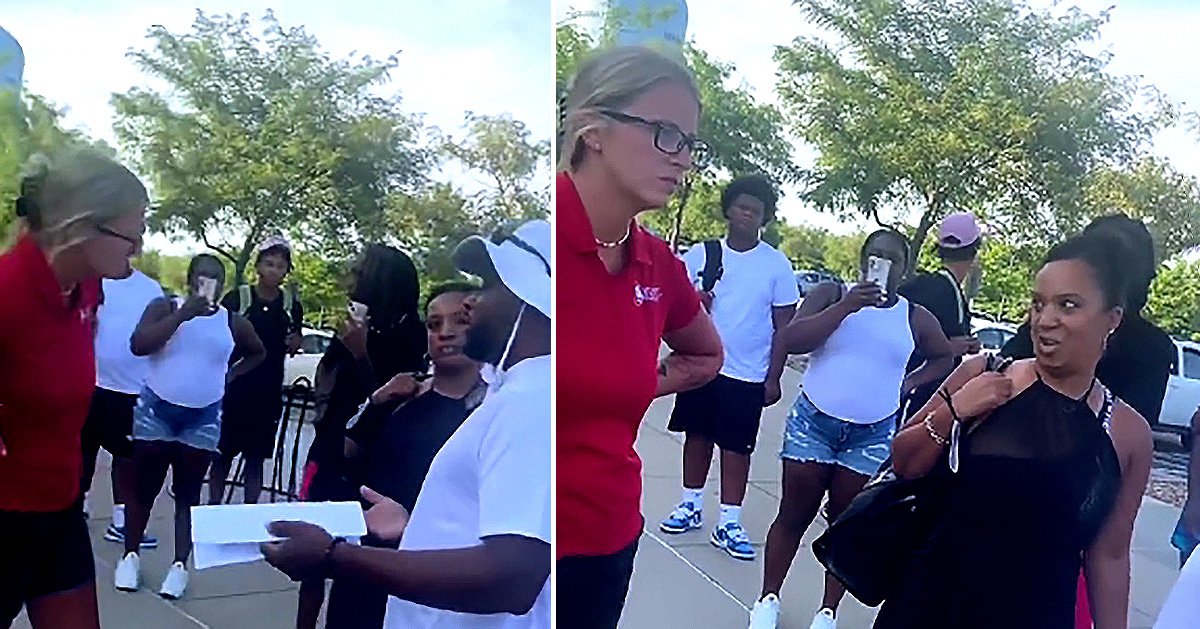 City officials defended the park’s decision to cancel the party, saying that about 500 teenagers showed up for the event. Park officials had become aware of social media posts advertising the event, which ‘raised serious concerns about the safety of party guests.’

Part of a confrontation between guests and park security was shared on a TikTok video, where someone can be heard asking park officials what they’re uncomfortable with.

Kansas City youth denied access to summit waves a water park in Lee Summit, Missouri due to their skin color. Yesterday a youth age private party was canceled on his birthday because summit waves owner said she “ didn’t feel comfortable “. She proceeded and told the group “ that they didn’t represent summit waves”. She told the group that she’d refund them their money and proceeded to shut the pool down. However guards have been caught making racist slurs on Snapchat towards the group since being outed.#racism #sadstory

In the same clip a female park employee can be seen shaking her head and saying ‘no.’

The parks and recreation department declined to comment on allegations of racism, saying their press release containing all the information they were able to share.

During the news conference, Evans questioned some of the information being presented by the city’s parks and recreation department. According to the father, the event was canceled long before any guests arrived and there was ‘never anything close to 500 kids in the parking lot.’

He said the park had been sold out hat Saturday, which meant there were already at least 600 people inside the park.

‘We believe that racial prejudice in our society should be identified and called out so that it might reduce the chance of repeat occurrences,’ Evans said.