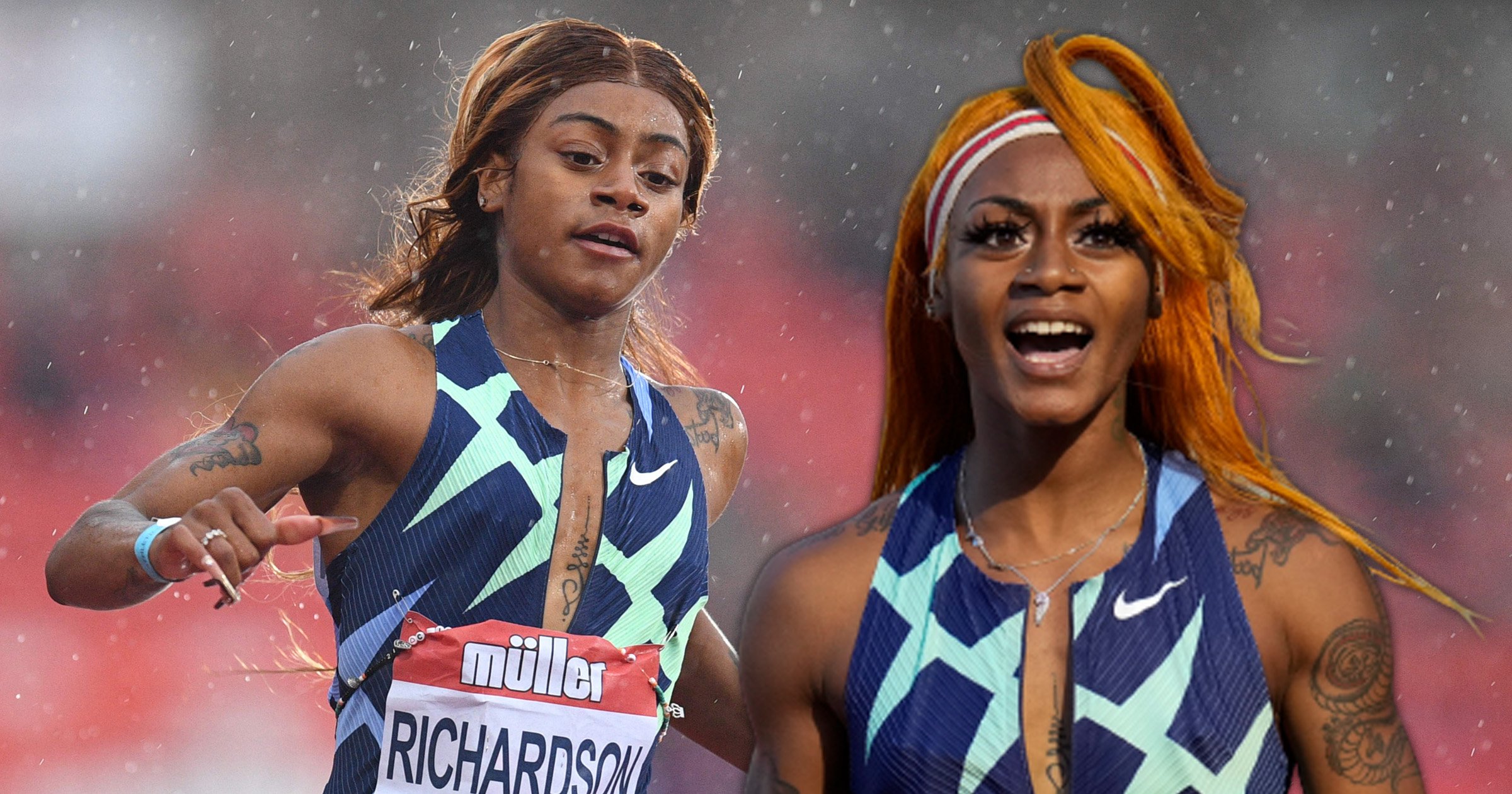 US sprinter and Olympics hopeful Sha’Carri Richardson – who was banned for using cannabis last month – has been offered $250,000 to represent a company that sells CBD products.

The 21-year-old 100m and sprint relay star will miss the Olympic Games in Tokyo later this month after she received a 30-day ban for testing positive for THC – the psychoactive substance found in weed.

Richardson’s ban ends of July 27 meaning she could have represented the US on the track in Japan if selected by team selectors. The US Track and Field (USATF) committee, however, decided to leave her at home following the drugs scandal.

In response, Richardson, from Texas, whose qualifying time for Tokyo would have been the sixth-fastest in history, apologized and asked people not to judge her ‘because I am human’.

While Team USA decided against giving her the green light, Richardson has been presented with a whole new opportunity by Dr Dabber – a company that specializes in selling vape and CBD products.

CBD, also known as cannabidiol, is the second most prevalent of the active ingredients of cannabis.

Dr Dabber has offered to pay Richardson $250,000 to become the company’s ‘doctor’, which is their word for an ambassador.

In a letter addressed to Richardson, which was first reported by TMZ, the company said: ‘Considering your talent and grace over these past weeks, we would love to offer you the opportunity to work with our team as a spokesperson for Dr Dabber.

‘This entails testing our award-winning dab rigs and vape pens as a resident ‘doctor’.

‘We were saddened to learn of your recent suspension from the US track and field team due to THC and missing the opportunity to compete at the 2021 Tokyo Olympic Games.

‘We believe that THC can actually have many positive effects on an athlete’s recovery and overall mental wellbeing.’

It’s unclear how long of a partnership Dr Dabber has in mind and so far Richardson has not publicly responded to the offer.

The athlete was banned as cannabis is banned by the World Anti-Doping Agency (Wada).

In her public apology Richardson said: ‘

‘I would like to say to my fans and my family and my sponsorship, to the haters too, I apologize.

‘As much as I’m disappointed I know that when I step on the track I don’t represent myself I represent a community that has shown me great support, great love and to y’all I failed y’all.

‘So I apologize for the fact that I didn’t know how to control my emotions or deal with my emotions during that time’ she added, in reference to her mother’s recent death.

‘I was definitely triggered and blinded by emotions, blinded by badness, and hurting, and hiding hurt.’

She added: ‘Don’t judge me, because I am human … I just happen to run a little faster.’