Home » Americas » US: Police arrest 14 after Portland clashes between demonstrators

US: Police arrest 14 after Portland clashes between demonstrators

Arrests follow violent clashes between rival groups of protesters in the city’s downtown area earlier in the day. 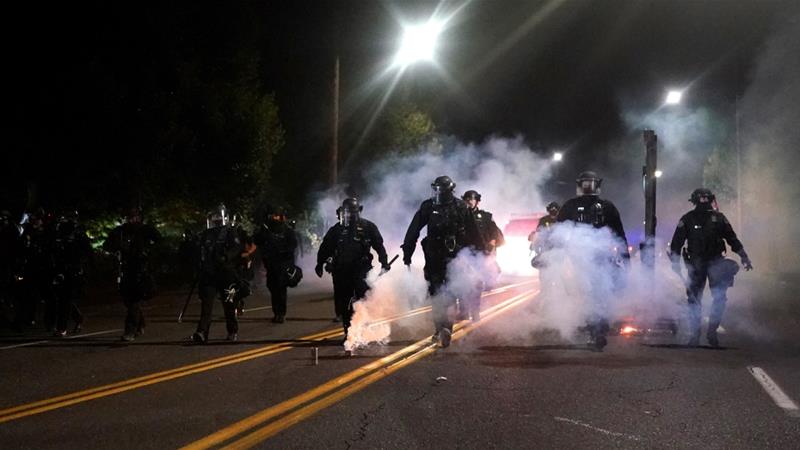 Portland police said they arrested 14 people overnight after officers were hit by rocks, bottles and paintballs, following violent clashes between rival groups of demonstrators that roiled the city’s downtown area earlier in the day.

Police said they declared a riot just before midnight on Saturday after a group of about 250 people, many of them wearing black and carrying shields, helmets and gas masks, tried to march on a government building that has often been the scene of violence during nearly three months of nightly protests.

Crowd control munitions were used, but not tear gas, the police department said in a statement on Sunday.

Demonstrations against racism and police brutality have swept the United States since the death in May of George Floyd, a 46-year-old Black man who died after a Minneapolis police officer knelt on his neck for nearly nine minutes. Near-daily demonstrations have gripped Portland since Floyd’s death.

Earlier on Saturday, there were scuffles in downtown Portland between anti-racism protesters and right-wing demonstrators. Participants clad in body armour and helmets traded punches and blasts of pepper spray as police officers mostly looked on, according to video of the clashes posted on social media. 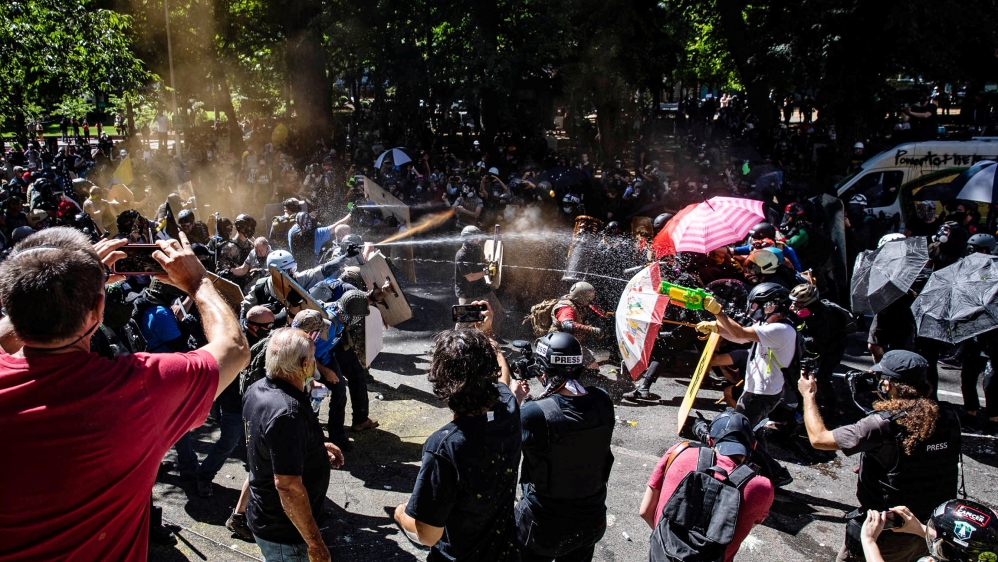 In a statement, Portland Police said there had been questions about why the afternoon gathering was not declared a riot and why city police officers did not intervene. Incident commanders have to determine whether police action will make things more dangerous, the statement said.

“In this case, there were hundreds of individuals and many weapons within the groups and an extremely limited amount of police resources actually available to address such a crowd,” police said.

“Additionally, (Portland police officers) have been the focus of over 80 days of violent actions directed at the police, which is a major consideration for determining if police resources are necessary to interject between two groups with individuals who appear to be willingly engaging in physical confrontations for short durations.”

President Donald Trump’s administration in July deployed federal forces to deal with the protests in Portland. On Friday, he denounced the demonstrations as “crazy” and said cities run by Democrats had descended into chaos. Portland Mayor Ted Wheeler is a Democrat. 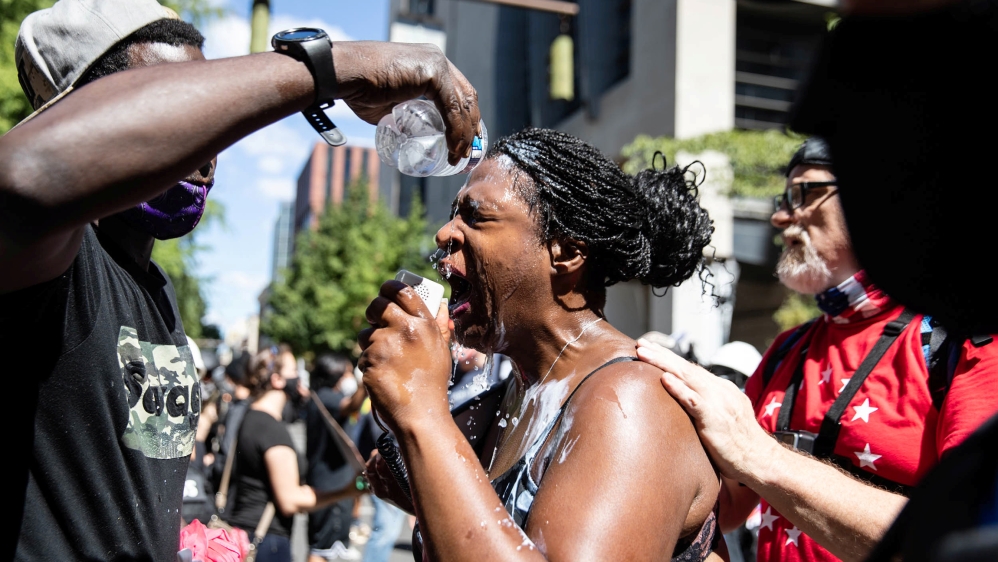 Portland police said this week that they have declared a riot at least 18 times since May 29.

On Sunday they said the 14 people arrested were arrested on charges including rioting, assaulting a public safety officer, disorderly conduct and resisting arrest.

Coronavirus: Ex-White House aide criticises Trump over pandemic and says she will back Biden