Trump has threatened to veto bill as Senate prepares similar measure with fewer restrictions on how money can be spent. 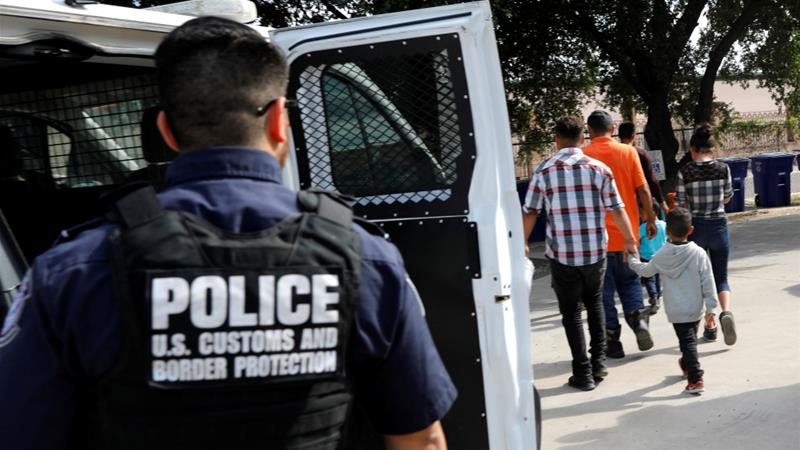 Washington, DC – Setting up a policy confrontation with US President Donald Trump over his administration’s handling of the surge of migrants at the US southwest border, the Democrat-controlled US House of Representatives approved a $4.5bn emergency border aid bill late on Tuesday.

The 230-195 vote follows an outcry over reports of inhumane conditions for children held by the United States at border detention centres.

It also comes amid deep and long-running divisions between Democrats and Republicans over how to reform the US immigration system.

Trump, despite having requested the $4.5bn border aid package, on Monday warned he would likely veto the House bill as Senate Republicans, who back the president’s hardline immigration policies, prepared to advance an emergency spending bill without the same restrictions on how the funds can be used.

“It is my hope that we send a resounding message today in the house, and that the Senate does what it has said it wants to do, which is address the humanitarian needs of those who are most vulnerable who are in our care today,” said Representative Veronica Escobar, a Democrat from El Paso, Texas, located on the border with Mexico where agencies have been overwhelmed by migrants.

The House bill provides funding for “beds, blankets, diapers, food, and legal assistance”, Escobar told reporters at the US Capitol earlier on Tuesday.

It would also fund “alternatives to detention, policies we know have worked effectively in the past, but that were abandoned by this administration in favour of incarceration,” she said. “We are also funding a pilot programme to make sure that non-profits and law enforcement are expediting families getting to their sponsors.”

In a statement on Monday, the White House accused Democrats in the House of “ignoring the administration’s request for desperately needed funding to address the humanitarian crisis at the border”.

The White House said Democrats were seeking to “take advantage of the current crisis by inserting policy provisions that would make our country less safe”.

Democrats and some Republicans in Congress were outraged by reports over the weekend about a US Border Patrol detention centre in Clint, Texas, where hundreds of children had been held for weeks in filthy conditions, according to immigration rights lawyers who had visited the site.

“When we arrived there last Monday morning on June 17 we learned that more than 350 children were detained there. The children were hungry, dirty, sick and terrified,” Elora Mukherjee, director of the Immigration Rights Clinic at Columbia Law School in New York City, told Al Jazeera.

“It is typically an adult detention centre that has capacity for just over 100 adults,” Mukherjee said. “We’re demanding immediate congressional hearings and investigations into the CBP facilities along the border where children are detained, as well as adults.”

Hours before the House vote, John Sanders, the acting head of the US Customs and Border Protection agency, announced his resignation in an email to colleagues, according to reports.

The Trump administration had asked Congress for the $4.5bn in emergency funding to address the situation at the border.

Many House Democrats have said they would be loath to approve any funding for the Trump administration’s handling of refugees and asylum seekers at the border that does not include restrictions on family separations.

The restrictions on spending in the House bill would seek to prevent the Trump administration from using any of the funds to create an Immigration and Customs Enforcement (ICE) deportation force, or for mass deportations, which the president has threatened to do, Escobar said.

Trump tweeted on Sunday that at the request of Democrats, he had delayed for two weeks the start of a planned ICE deportation drive aimed at migrant families living and working within the US.

It seeks to reduce the use of influx shelters to house children by providing $866m for other housing.

“This is a crisis that was manufactured by Donald Trump to feed the xenophobic beast that he has unleashed on the American people,” Representative Hakeem Jefferies, a member of the House Democratic leadership team.

“We need to end it. There is no decency as a nation to have these children being subjected to these horrific conditions. That shouldn’t be a Republican issue or Democratic issue. That’s an American issue,” Jefferies told reporters. 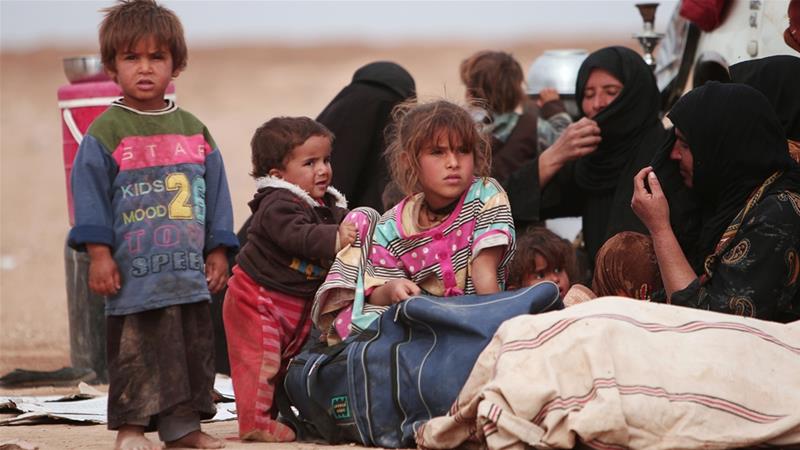 What is the world doing for migrants?

RCMP call for expanded police and crisis teams, Interior Health says ‘not at this time’