Home » Americas » US election 2020: How Trump and Biden are spending last 24-hours before voting closes

US election 2020: How Trump and Biden are spending last 24-hours before voting closes

Donald Trump and Joe Biden are making their last-ditch appeals to voters, as they dash between battleground states crucial to winning the White House.

The US president is using the final 24 hours before election day to hold rallies in North Carolina, Pennsylvania, Michigan and Wisconsin.

His Democrat challenger is focusing on Ohio and Pennsylvania, while dispatching Barack Obama to try to shore up support in Georgia and Florida. 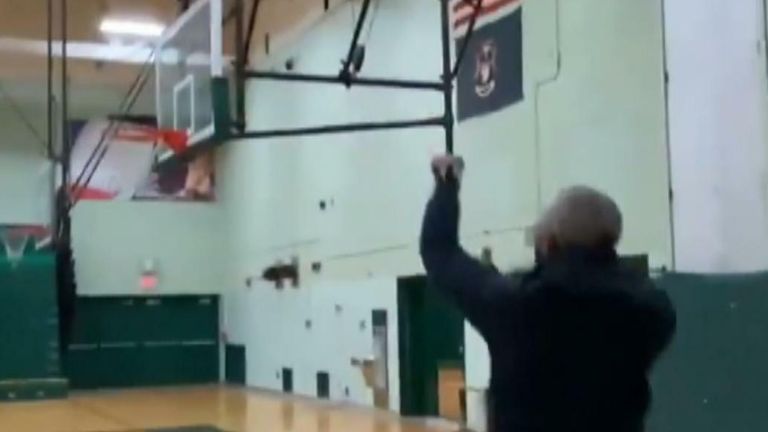 Both are aware they will need early, convincing wins when voting closes tomorrow night, given the final results may take much longer than usual to tally up.

But many ballots have already been sent off, with 94 million early votes registered – nearly double the 50 million who did so by this point in 2016.

The Department of Justice is still taking precautions and sending out officials to monitor polling stations and curb voter suppression and intimidation across 18 states. 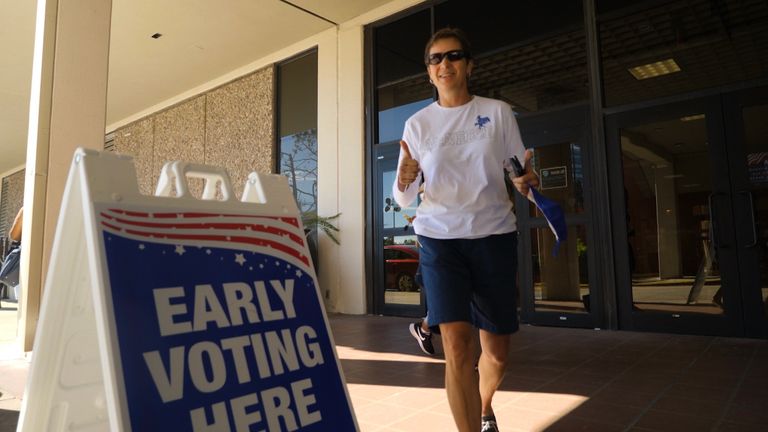 On his first stop of the day, Mr Trump seemed confident about holding on to North Carolina’s 15 electoral college votes, declaring at a rally: “We’re going to win.”

While Mr Biden told a drive-in event with supporters in Ohio: “Tomorrow we can put an end to a presidency that has failed to protect this nation.”

Mr Biden has a 51% lead to Mr Trump’s 46% in Pennsylvania, while in Arizona, the two candidates are tied neck-and-neck on 48%.

When he launched his campaign in April 2019, Mr Biden admitted how crucial Pennsylvania would be to his victory, telling supporters in Pittsburgh: “If I’m going to be able to beat Donald Trump in 2020, it’s going to happen here.” 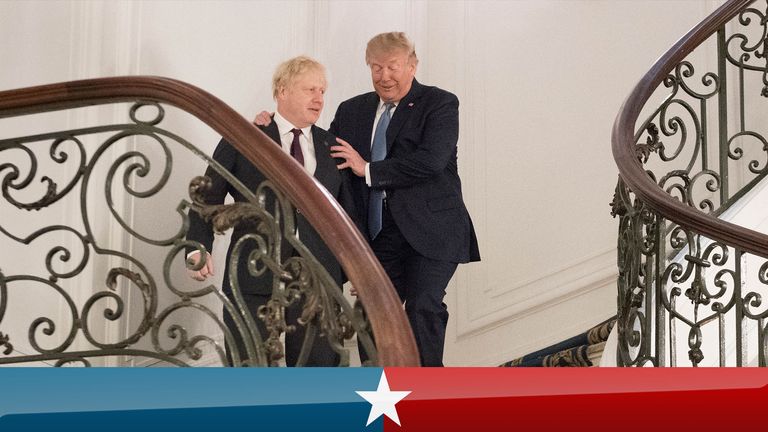 Given how uncertain the result is, both sides’ campaigns are already trying to set the terms of how a long, drawn-out result should be interpreted.

Mr Trump’s team accused their opponents of trying to “delegitimise” the first results reported overnight by warning of delays in counting and receiving postal votes.

“The last gasp of the Biden campaign will be ugly and it will be ruthless,” a spokesman for the Republican nominee said.

Meanwhile, Mr Biden’s team sent out last-minute fundraising appeals, telling supporters they “need to make sure we’re ready for any challenges we may face” after voting ends but before a winner is declared.