US ask courts to dismiss government appeals of TikTok ruling

Last month, US President Joe Biden withdrew a series of executive orders issued by former president Donald Trump that sought to ban new downloads of WeChat, TikTok and other Chinese apps and ordered a new review.

The Commerce Department on June 22 formally withdrew a list of prohibited transactions with ByteDance-owned TikTok and Tencent-owned WeChat issued in September that sought to bar downloads of the apps.

The Justice Department said on Monday that the government’s legal challenges were now moot. It asked the US Court of Appeals for the District of Columbia and the Third Circuit to dismiss its appeals.

Courts blocked all those restrictions from taking effect.

The Biden order directed the Commerce Department to monitor software applications like TikTok that could affect US national security, as well as to make recommendations within 120 days to protect US data acquired or accessible by companies controlled by foreign adversaries.

Commerce Secretary Gina Raimondo had earlier said that the department was “just getting started” with its review that will include an “evidence-based” analysis.

“The whole point of the executive order is to take really strong steps to protect Americans’ data from collection and utilisation by foreign adversaries,” Raimondo said.

That Trump order directed officials to ban transactions with eight Chinese apps, including Ant Group’s Alipay and Tencent’s QQ Wallet and WeChat pay. No bans have been issued to date.

A separate US national security review of TikTok, launched in late 2019, remains active. 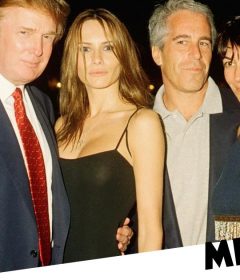