Friday: California currently has no travel restrictions in place. But as cases in the state reached a million, health officials are urging people to travel as little as possible. 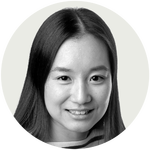 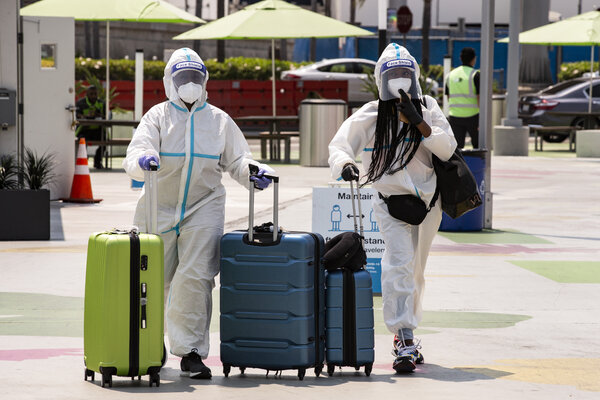 As the holiday season approaches, many people are anticipating gatherings that look markedly different from last year.

Like thousands of others, my husband and I canceled our plans to visit a neighboring state for Thanksgiving. It was an easy decision to make, given the nationwide surge in cases, but hard to break the news to relatives, especially those who were eager to see their only grandchild for the first time in months.

And although not yet experiencing a second wave, California on Thursday reached the grim milestone of one million cases, according to The New York Times’s database. Health officials also announced this week that 11 counties moved back into a more restrictive tier of the state’s reopening system.

“If things stay the way we are between this week and next week over half of Californian counties will have moved into a more restrictive tier,” said Dr. Mark Ghaly, the state’s health secretary, in his briefing on Tuesday.

Even so, there are currently no travel restrictions in place for people entering California from another state. A few states require visitors from California to self-quarantine on arrival.

Still, the Centers for Disease Control and Prevention advise that people travel as little as possible at this time. If you must travel, it’s best to check the infection rates in the state you are traveling to and what the restrictions are for each state.

[See where cases are currently surging in the U.S.]

If you’re traveling within the state, Bay Area health officials are recommending 14-day quarantines after traveling outside the county, something that Dr. Ghaly advises as well.

In August, I talked to Dr. Jeanne A. Noble, an emergency medicine doctor and the director of the Covid-19 response at U.C.S.F. Medical Center’s emergency department, about how people can stay safe while traveling this year.

Among her recommendations were:

Arrange for testing ahead of leaving on trips.

Quarantine if you cannot get tested.

Wear a mask, wipe down high-touch surfaces and practice social distancing as much as possible.

[Read our recommendations for traveling during the pandemic.]

And even if you are staying local for the holidays, health officials say you are still at risk for transmission.

California’s increase in case rates is most likely linked to higher risk activities like indoor dining and private household gatherings in some counties. My colleague Tara Parker-Pope reported that health officials believe small home gatherings are fueling the spread of the coronavirus in part because most homes, by design, are poorly ventilated. Mandatory requirements for private gatherings dictate that they should be limited to no more than three households, should not last longer than two hours and should be held outdoors.

While not calling out Thanksgiving dinner by name, Dr. Ghaly said on Tuesday that settings where people from different households congregate indoors sharing long meals together is a “really high risk activity.”

Two locations in California are among those hit hardest by the virus in the U.S. Los Angeles County, with a population of 10 million people, has seen more known cases than any other county. At Avenal State Prison in the San Joaquin Valley, more than 85 percent of inmates had tested positive as of Wednesday. [The New York Times]

California is the second state, after Texas, to reach one million coronavirus cases. If California were a country it would have slightly fewer cases per person than France or Brazil but nearly three times the levels of Germany. [The New York Times]

Several public health officials in Sacramento are calling for the resignation of Navdeep Gill, the county executive, accusing him of creating a culture where sexism, racism and intimidation tactics were used to silence dissent and undermine the health department’s work. [The Sacramento Bee]

Mayor-elect Jerry Dyer of Fresno has tested positive for the coronavirus after an election night dinner with County Supervisor Steve Brandau, who tested positive late last week. [The Fresno Bee]

One Bay Area journalist traveled across the country by plane last month and let experts weigh in on what she did wrong. [San Francisco Chronicle]

Bounchan Keola helped fight the Zogg Fire and was nearly killed by a falling tree. Because he was incarcerated, Mr. Keola is now facing deportation to Laos, a country he left when he was 4. [The Guardian]

One of L.A.’s most important art exhibitions, the “Made in L.A.” biennial, is stuck in limbo. Works by 30 emerging local artists sit in empty galleries, awaiting an opening date for indoor museums. [Los Angeles Times]

California is trying to jump-start the hydrogen economy, having spent about $230 million on hydrogen projects by the end of 2023. The state now has roughly 40 fueling stations, with dozens more under construction. [The New York Times]

Tips for a scaled-back Thanksgiving include open windows, fewer people and a big serving of precautions. [The New York Times]