Threats, bipartisanship, and a CNN spat: Trump reacts to midterms

US president threatens opposition while pledging to work with them on a number of issues in erratic press conference. 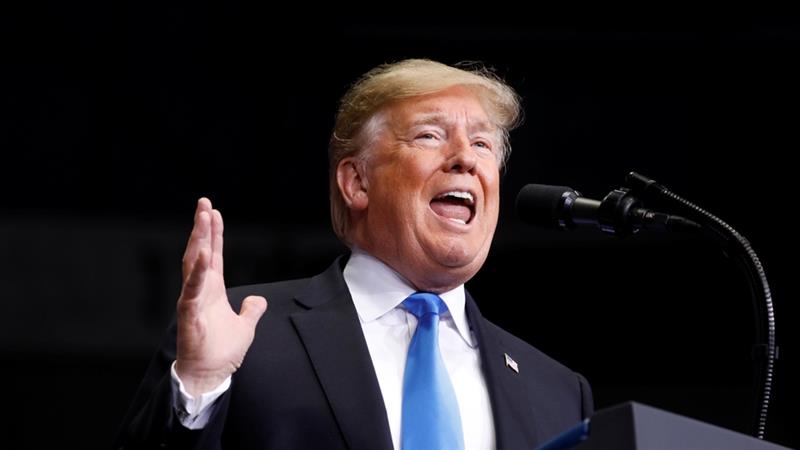 US President Donald Trump has held his first press conference since Tuesday’s midterms elections, spinning the vote in which his Republican party lost control of the House of Representatives as a victory and getting into a spat with CNN reporter, Jim Acosta.

The Republicans retained control of US Senate, following a divisive campaign marked by inflammatory rhetoric over race and immigration, but the loss of the House means Trump will face added obstacles to passing his policies and the possible threat of investigation over his ties to Russia.

Speaking at the White House on Wednesday, Trump called on the Democrats to work with him to “keep the economic miracle” going.

“There are a lot of great things we can do together,” Trump said, while warning the party against investigating him over his relationship with Russia.

In a tweet posted before the press conference, Trump threatened the Democrats with an investigation of his own over unfounded claims that the Democrats were leaking classified intelligence.

“If the Democrats think they are going to waste Taxpayer Money investigating us at the House level, then we will likewise be forced to consider investigating them for all of the leaks of Classified Information, and much else, at the Senate level. Two can play that game!” Trump wrote in the post.

Senior Democrat and likely House leader, Nancy Pelosi, said Democrats would work with Republicans by issue but warned they would not serve to “rubber stamp” Trump’s policies.

She described the election as a “vote to restore the health” of US democracy.

Trump dodged questions in the press conference regarding his role in contributing to the rise of white nationalism in the US, at one point accusing a journalist who asked him about the topic of racism.

When asked by CNN’s Jim Acosta about whether he had demonised immigrants with a controversial campaign advert describing Latin American migrants to invaders, Trump called the reporter “rude” and ordered an aide to physically remove the mic from the journalist.

“You are the enemy of the people,” Trump said during the tense exchange. 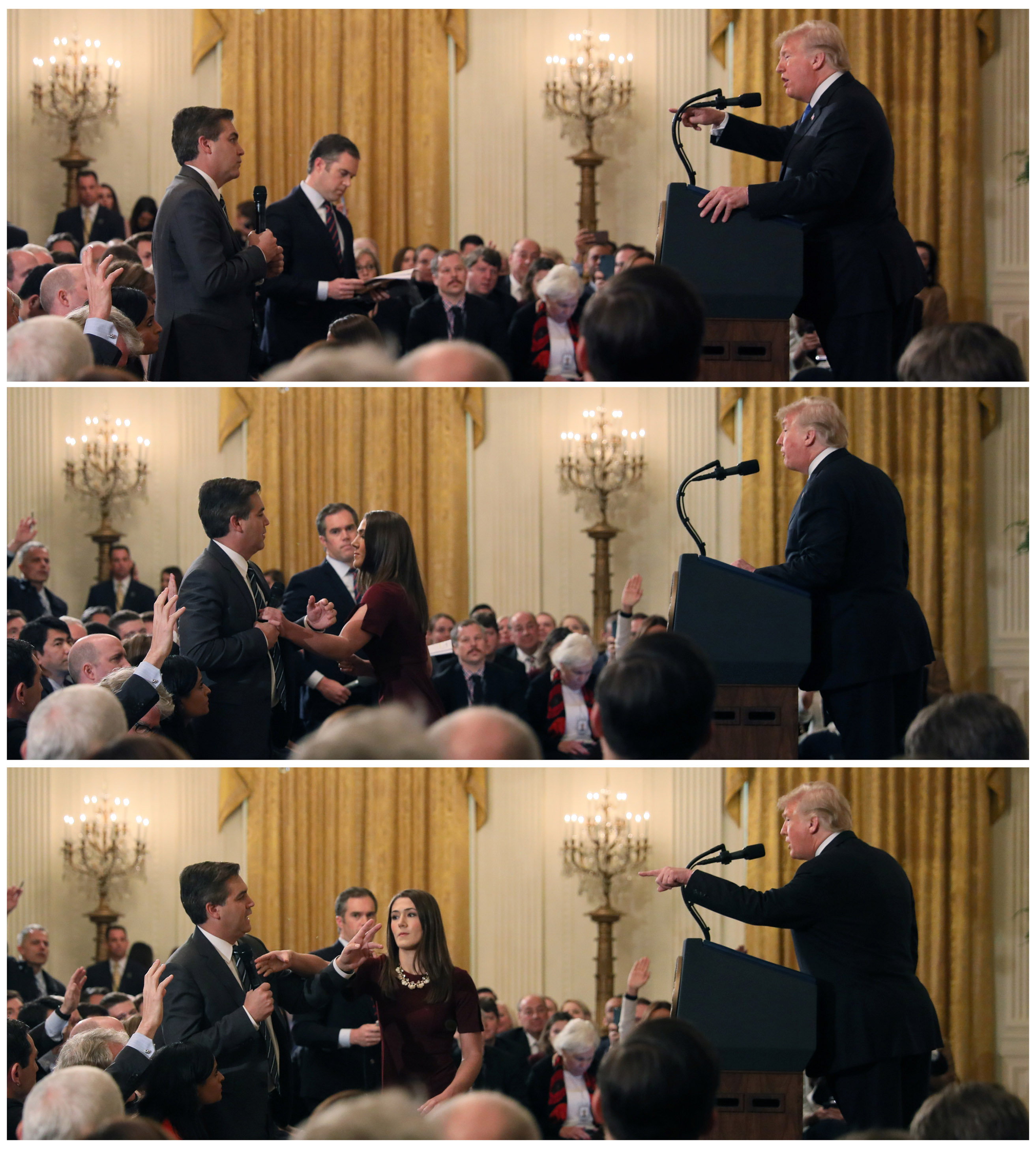 “It was quite a chaotic and extraordinary news conference and when you cut away all the other stuff, there was a clear message coming from the president.

He said that he thought it was probably better that Republicans haven’t got a slight majority in the House, and instead the Democrats have the majority. He can have a negotiation with Democrats in the House, he can come up with legislation, and he can get it through the Senate with the Democrats, and some of the Republicans, supporting it.

I think this might terrify some in his own party that he’s going to work so closely with the Democrats.”