Home » Americas » The Election in Pictures: Final Days of the Midterms

The Election in Pictures: Final Days of the Midterms 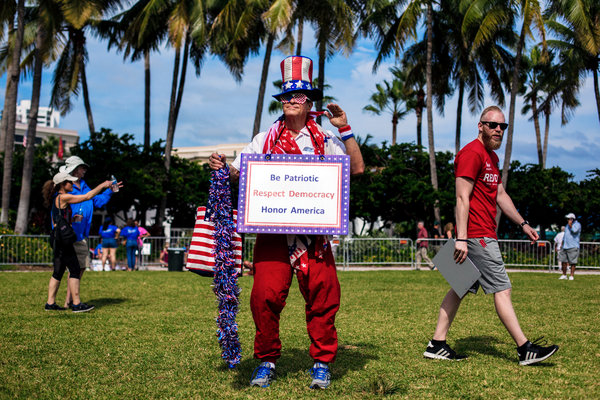 Months of rallying, handshaking and sign-waving are reaching an apex as the 2018 midterm elections conclude on Tuesday. At stake: control of the House of Representatives, the Senate and 36 governor’s mansions. The results could also influence the remaining two years of President Trump’s term.

New York Times photographers are spread out across the country to document the final days of the campaign, from Florida to California, Arizona to Pennsylvania. Follow here for the latest images.

Learn everything you need to know about the midterms.

Read the best midterms stories from The Times.

Follow along with the latest updates from around the country.

Campaign signs set up near the supervisor of elections office in Palm Beach County, Fla.

Volunteers with the Republican Josh Hawley’s Senate campaign in Missouri canvassed in Chesterfield.

Lt. Gov. Gavin Newsom of California, who is running for governor, made several stops on a bus tour in competitive congressional districts in the southern part of the state. People lined up for one event in Irvine.

Supporters of Harley Rouda, a Democratic candidate in California’s 48th District, noted only three days remained until the election. Senator Kamala Harris, Democrat of California, and Mr. Newsom posed for pictures in Irvine.

Representative Troy Balderson stopped by a football game at Clear Fork High School in Bellville, Ohio. He won a special election in Ohio’s 12th District in August but is back on the ballot on Tuesday.

Stacey Abrams, the Democratic nominee for governor of Georgia, visited a salon in Lithonia.

Mr. Trump continued his string of rallies with a stop in Pensacola, Fla.

Representative Kyrsten Sinema, a Democrat who is running for Senate in Arizona, wore wedges highlighting her state’s signature plant.

A billboard in Phoenix reminds voters about Election Day.

Representative Beto O’Rourke, a Democrat running for Senate in Texas, rallied with voters at a park in Dallas.

A calendar in Colin Allred’s campaign office counted down the days to the election. Mr. Allred, a Democrat, is challenging Representative Pete Sessions in Texas’ 32nd District.

Senator Ted Cruz of Texas greeted voters after an event in Fort Worth.

Mr. Trump held rallies in Indiana and West Virginia, speaking more about immigration than the economy.

Brian Kemp, the Georgia secretary of state and Republican candidate for governor, visited Statesboro on a bus tour.

People lined up for early voting in Savannah, Ga., which ended on Friday. An enthusiastic electorate has surpassed early voting totals from the 2014 midterm elections.