Home » Americas » She Was Found Dead and Dismembered. Prosecutors Say They Now Know Why.

She Was Found Dead and Dismembered. Prosecutors Say They Now Know Why.

Brandy Odom had a plan for her life, people who knew her said. Ms. Odom, 26, was on the path to a stable job as a school security guard and, hopefully, her own apartment. She talked of becoming a flight attendant one day.

But the man and woman she lived with had a plan, too, prosecutors say: a $200,000 life insurance scheme that left Ms. Odom dead, the pieces of her dismembered body dumped in a Brooklyn park in April 2018.

An autopsy determined that Ms. Odom had been strangled, court records show. But the investigation seemed to stall. Months dragged on into years.

Last week, more than two years after the grisly discovery of Ms. Odom’s body, the roommates who had long been the subject of investigators’ suspicions were arrested. The charges against them shed new light on prosecutors’ theory of the case. And while no one has yet been charged with killing Ms. Odom, court documents indicate a clear motive: greed.

Her roommates, Cory Martin and Adelle Anderson, were charged with federal wire fraud and identity theft crimes over what the authorities say was a plot they set into motion a year before Ms. Odom’s death.

Prosecutors also say they believe Mr. Martin committed the horrific act at the center of the case, and they suggest that he may still be charged with murder. 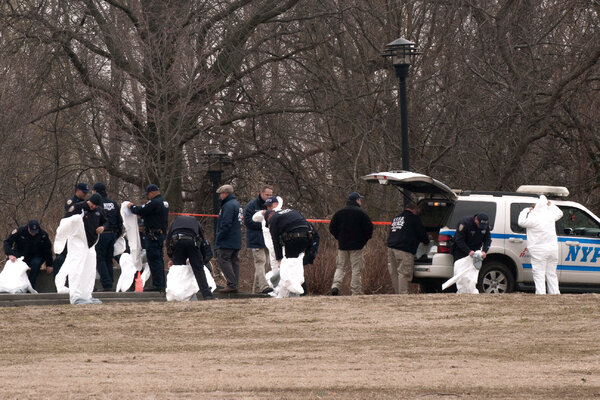 Nicole Odom, Ms. Odom’s mother, did not respond to a message left with a relative. In a 2018 interview, she said her daughter was in the process of arranging an interview for the school safety agent job when she was killed.

“She had ambitions, she had a game plan,” a family friend, Madonna Alfred, said in an interview at the time. “She wanted to work and take care of herself.”

But prosecutors now describe a grim end to those dreams. Court filings detail what investigators say was a protracted plot that ended in violence.

According to the prosecution’s account of the case, Mr. Martin and Ms. Anderson began their scheme in March 2017 by applying for a $50,000 life insurance policy in Ms. Odom’s name from a New York insurance company.

In December 2017, Mr. Martin and Ms. Anderson applied for a second life insurance policy from a different company, this one for $150,000. Again, Ms. Anderson was listed as Ms. Odom’s sibling and sole beneficiary.

About a month later, Ms. Anderson, pretending to be Ms. Odom, called the insurer to “make sure everything was correct” with the second policy. Several weeks before she made the call, text messages retrieved from Mr. Martin’s phone showed him and Ms. Anderson discussing at least one of the policies.

“Insurance place closed today,” Ms. Anderson wrote to Mr. Martin in the exchange in early December 2017. And, she added, the policy would no longer be active if he did not “try n do something” about it that week.

A little more than two weeks after Ms. Odom’s body was found, Ms. Anderson called the first insurer, identified herself as Ms. Odom’s sister, provided some biographical information to support her claim and said that Ms. Odom had died.

A customer service representative who took the call asked whether the death was “natural, an accident, homicide or suicide.”

“The third one,” Ms. Anderson answered.

Because the policy was less than two years old, the representative said, the insurer would need a certified death certificate, a doctor’s statement and a coroner’s report before considering the claim.

Ms. Anderson called the company three more times to inquire about the status of her claim. There is no indication that she ever provided the necessary paperwork.

In June 2018, about two months after Ms. Odom was killed, Ms. Anderson called the second insurer’s claims department and said that a “family member that had a policy with you guys has passed.”

“How did she pass?” the insurance company representative asked.

“Somebody did it to her,” Ms. Anderson replied.

“So it’s a homicide?” the representative asked.

Ms. Anderson contacted the company about her claim’s status twice more over the next several weeks.

Mr. Martin and Ms. Anderson made initial appearances via teleconference last Wednesday in Federal District Court in Brooklyn, where Magistrate Judge Steven M. Gold ordered that Mr. Martin be held in federal jail and that Ms. Anderson be released on a $200,000 bond.

In a court filing arguing that Mr. Martin should be detained because he was dangerous and a risk to flee, prosecutors said they were considering prosecuting him for Ms. Odom’s killing under a federal murder-for-hire law. Ms. Odom, according to text messages retrieved from Mr. Martin’s phone, had worked as a prostitute since at least 2017 and Mr. Martin was her pimp; prosecutors noted the “disproportionate power dynamic” in their relationship.

“The defendant committed a gruesome murder in connection with the charged crimes,” prosecutors say in one filing. The slaying, they say, was “motivated by greed” and reflected Mr. Martin’s “utter disregard for human life.”

As evidence that he was the killer, the filing cited surveillance video from outside the Queens home where he, Ms. Odom and Ms. Anderson lived. The footage shows two people putting black garbage bags in the trunk of Mr. Martin’s car the night before Ms. Odom’s body was found.

In an interview with investigators about a week before she and Mr. Martin were arrested, the filing says, Ms. Anderson said he “had committed the murder of Brandy Odom” and had cut up her body with a saw.

Ms. Anderson also said she had helped him dispose of the body, the filing says. She also “expressed fear” that he would “threaten her physical safety.”

The search of Mr. Martin’s phone also found that it had been used two days before the killing to search Home Depot’s website for “reciprocating saws” and to search YouTube for “how to insert blade for reciprocating saw” and “using reciprocating saw.” (Such a saw, five blades and black contractor bags were bought at a Long Island Home Depot the same day.)

The day after Ms. Odom’s body was found, Mr. Martin’s phone was used for dozens of internet news searches.

One article opened by the phone’s user had a blunt headline: “Woman’s dismembered body found inside Canarsie Park.”