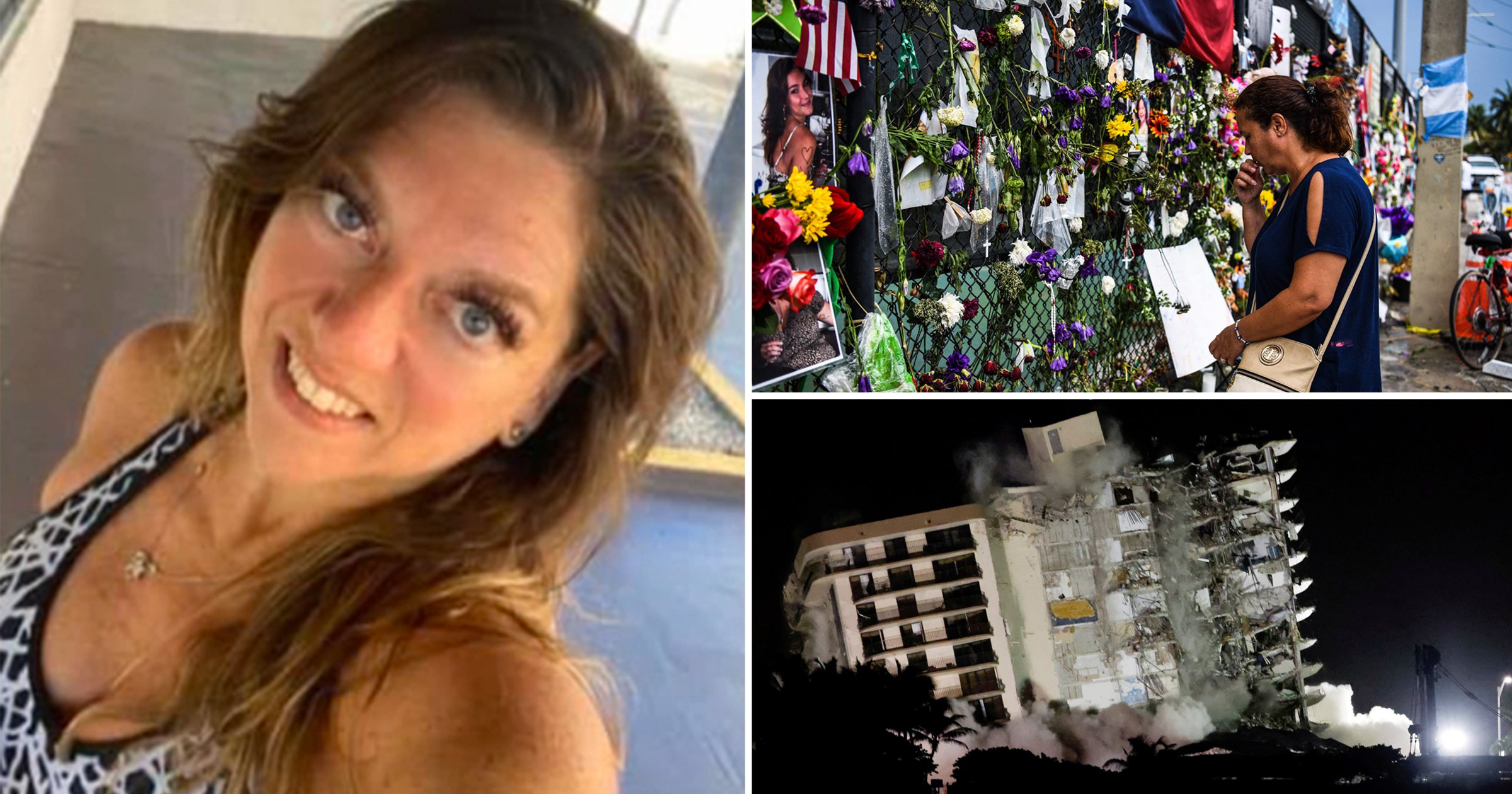 The search for people missing from the Miami-area condo collapse concluded on Monday as authorities identified the 98th and final victim who had not been found. Estelle Hedaya, 54, was named as the last unrecovered person, her brother Ikey Hedaya said.

Estelle was the only person not recovered as of Friday, when firefighters ended their search for those unaccounted for in the June 24 partial collapse of Champlain Towers South.

Miami-Dade police officers continued to look for human remains and personal items. County officials determined that 97 people were reported missing in the Surfside, Florida, collapse, while a victim who died in the hospital was never reported missing.

Ikey, 47, a real estate tax accountant from Brooklyn, last week said that he gave his DNA and visited the collapse site despite reluctance to see where his sister died, in order to witness the search efforts. He said the wait was torturous and that he ‘can’t believe Estelle is in there somewhere’.

‘Hard to believe. My sister is the last one,’ Ikey said on Wednesday.

Estelle, who was from New York, lived on the sixth floor of the 13-story condominium building. She was chief operating officer for Continental Buying Group, a jewelry company, and blogged about her travels, her favorite spas and fitness advice.

Ikey said his sister drew strength from God during hard times and that he was doing the same.

‘She always mentioned God anytime she was struggling with anything,’ he said. ‘She had reached a different level spiritually, which allowed her to excel in all other areas.’

A funeral for Estelle has been set for Tuesday.

A search and rescue effort commenced for nearly two weeks, as victims’ families continued to hope their loved ones would be pulled alive. But a survivor was last found in the rubble hour after the collapse.

‘There might be someone who was there that no one reported,’ the mayor told NBC News.