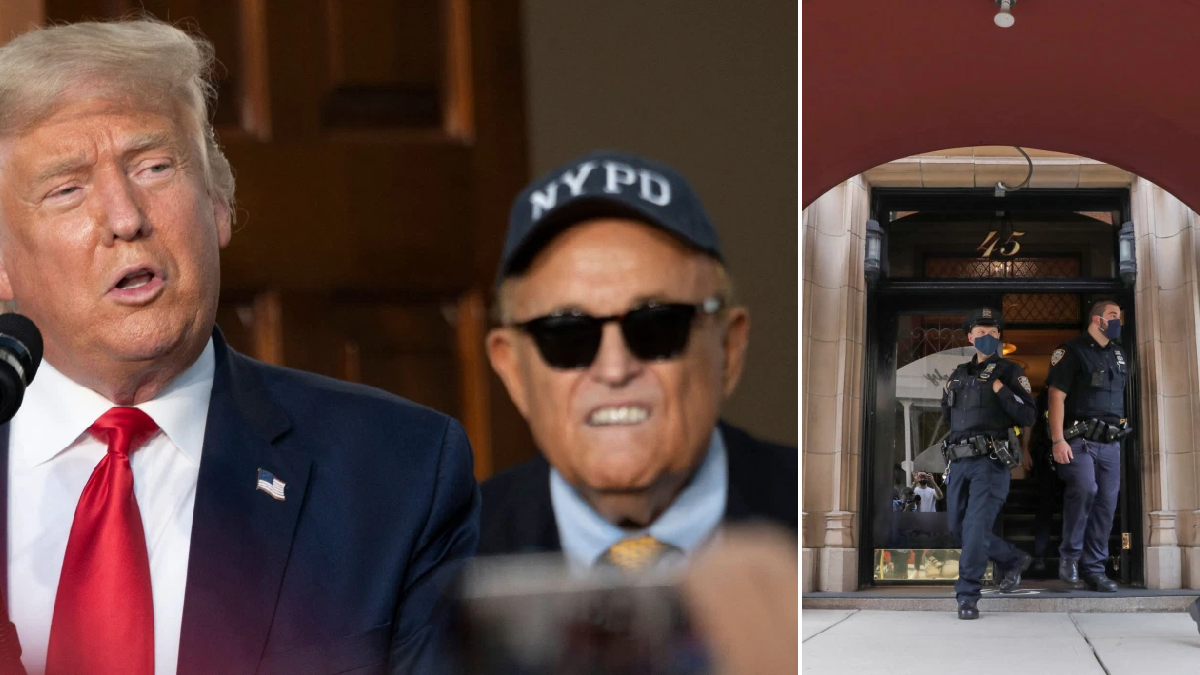 Donald Trump’s former longtime personal lawyer Rudy Giuliani responded to an FBI search of his apartment last week by claiming that only attorneys for the ex-president fall subject to raids.

Giuliani on Monday, five days after federal investigators executed a search warrant on his Manhattan home, claimed that the ‘out of control’ raid was motivated out of disfavor for Trump.

‘At about 6am, there was a banging on my door – a very loud banging, and outside there was a group of an endless number of FBI agents,’ Giuliani told Fox News. ‘Usually a person who has been a former assistant US attorney, a US attorney, a mayor, the associate attorney general, usually they receive a subpoena – not have their home raided.’

He continued: ‘The only lawyers they raid are lawyers for Donald Trump. I can’t think of another lawyer that has been raided other than lawyers for Trump. Trump is in a special category because he doesn’t have constitutional rights.’

Federal investigators seized electronic devices and other items during their search of Giuliani’s Upper East Side apartment on Wednesday. The search warrant was reportedly a sign that the criminal investigation into Giuliani’s dealings with Ukraine is intensifying.

Prosecutors are exploring whether Giuliani illegally lobbied the Trump administration in 2019 on behalf of Ukrainian officials who aided him in finding damaging information on then-presidential candidate Joe Biden.

Federal authorities began probing Giuliani after investigating two Soviet-born men who were involved in digging up dirt on Biden and his son Hunter, who was a board member for a Ukrainian energy company.

Giuliani claimed that the probe was driven by the investigators’ ‘hatred of President Trump.’

‘They are beyond the ability to control their rational thinking or their decency, and they have a serious, serious ethical issue, driven by Trump derangement syndrome,’ Giuliani said.

Giuliani also denied allegations that he violated the Foreign Agents Registration Act by lobbying on behalf of Ukraine, and said that investigators are ‘trying to frame’ him.

The FBI and the US Attorney’s office in Manhattan attempted for months to get a search warrant for Giuliani’s phones. However, Trump’s senior political appointees inside the Department of Justice reportedly tried to block the warrant. Once Biden’s attorney general pick Merrick Garland was confirmed, the Justice Department stopped objecting to the search warrant request.

‘He just loves this country,’ Trump told Fox Business, ‘And they raid his apartment.’