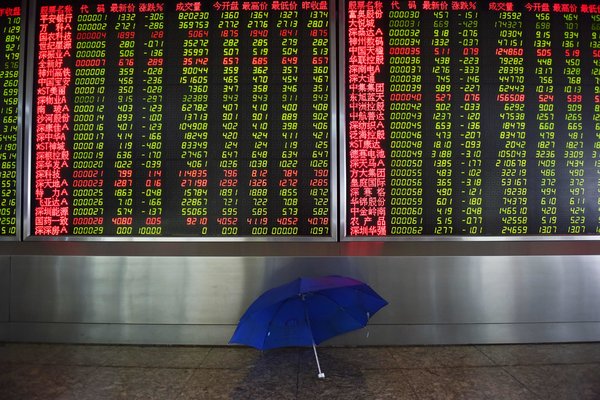 To most people, Aug. 9, 2007, was an ordinary enough summer day. The stock market fell about 3 percent, sufficiently notable to lead the major newspapers, but hardly anything that would generate panic in the streets.

Yet to many people who work in economic policy or financial markets, that day was the beginning of what would eventually be called the global financial crisis. It was the day that lending froze up among banks within Europe, triggered by the breakdown in the market for bonds backed by American home mortgages, and central banks first intervened to try to keep money flowing.

Monday felt eerily similar, and not just because it was another August day in which the stock market fell by nearly identical amounts: The drop in the S&P 500 was 2.96 percent in 2007 and 2.98 percent Monday.

For months, people who study economic diplomacy between the United States and China have warned that the world’s two biggest economies are on a collision course, that the trade war between the two will have no easy resolution, and that this tension could spill into other areas of policy and create dangerous ripple effects for the world economy.

In the last several days, that pessimistic story has become more real.

On Thursday, President Trump said he would place 10 percent tariffs on $300 billion in Chinese goods, ending a period in which there seemed to be some easing of tensions between the two nations. On Monday, the Chinese government allowed its currency to fall below a symbolically important seven-to-the-dollar level, an apparent retaliatory move that amounts to trade tensions spreading into another arena. The United States returned fire by formally naming China a currency manipulator.

The swings in financial markets Monday are hard to justify in narrow terms. A slightly cheaper Chinese currency shouldn’t have huge consequences for the global economy. Rather, investors are coming to grips with the reality that the trade war is escalating and spreading into the global currency market.

While the drop in the stock market gets the attention — the S&P is down 5.8 percent in the last week — it is global bond markets that are flashing the most worrying signs about the outlook for growth in the United States and much of the world. Ten-year Treasury bonds yielded 1.72 percent at Monday’s close, down from 2.06 percent a week earlier — a sign that investors now believe that weaker growth and additional interest rate cuts by the Federal Reserve are on the way.

“The Chinese have sent a strong signal that they are ready to rumble,” said Paul Blustein, a senior fellow at the Centre for International Governance Innovation and the author of “Schism,” a book due out next month about the fraying relationship between the United States and China. “To depreciate the currency at such a fraught time sends a signal that they are prepared to endure a heck of a lot of pain, and it doesn’t surprise me that markets would finally come around and say, ‘This could be really bad.’”

As we’ve seen many times through this trade war, escalation and de-escalation can come at seemingly any time. President Trump could back away from his latest tariff threat and calm things down, or move the opposite direction by increasing the tariff to be charged on those $300 billion in imports from China. But one recurring theme of the last two years is that trade conflicts in the Trump era never seem to become fully resolved, but rather go through more-intense versus less-intense phases.

Whatever happens next — and whether this turns out to be the beginning of a major turning point for the global economy or just one rough day on the markets — it is clear that the trade war is no longer confined to trade.

While President Trump has often accused China of seizing advantage in global trade by manipulating the value of its currency to keep it lower, the latest developments reflect pretty much the opposite. In fact, a slowing Chinese economy is creating downward pressure on the renminbi — a pressure that China’s government has resisted, through intervention by its central bank and capital controls, to try to keep Chinese citizens from moving money out of the country.

On Monday, the Chinese essentially reduced the scale of that intervention and let the value of the yuan fall closer to the level it would reach in an open market.

The risk is that President Trump and eventually leaders of other nations will conclude that currencies are now fair game — that they are a good and appropriate weapon to use in trade disputes. For weeks Mr. Trump has pilloried the Federal Reserve for not cutting interest rates more, arguing that this has made the value of the dollar excessively high, weakening American exporters.

Trade disputes and currency disputes have historically gone hand in hand. Most notoriously, during the Great Depression nations competed to devalue their currencies in “beggar-thy-neighbor” policies that ultimately made everyone poorer. It’s less clear what a 21st-century currency war would look like.

Major nations have mostly agreed not to take action to artificially depress their currencies at the expense of their trading partners. But setting monetary and fiscal policies aimed at helping your domestic economy is considered O.K., even if doing so has implications for currencies. The thing is, it can be debatable which bucket a given policy fits into. For example, countries including Germany, China and Brazil accused the United States of manipulating its currency when the Fed engaged in “quantitative easing” policies in 2010 that depressed the value of the dollar.

If Mr. Trump directs his administration to try to drive the value of the dollar lower using Treasury Department authorities to intervene in markets, or prevails upon the Fed to more aggressively lower interest rates in order to depress the value of the dollar, that could embolden not just China but other economic powers, like Japan, South Korea and Europe, to do the same.

The entire structure of international institutions meant to prevent Depression-era policies would be under threat. In that situation, no nation would be able to achieve lasting economic advantage, but a set of financial institutions that have served the world well could be undermined.

“If you don’t change the economic fundamentals, intervening in currency markets won’t be effective,” said David Dollar, a senior fellow at the Brookings Institution and a former Treasury Department representative in China. Citing organizations like the World Trade Organization, he said, “The question for me is, does this end up damaging the core economic institutions?”

Nothing about the world economy over the last few years has been linear or predictable. There is no reason that the events of Aug. 5, 2019, need to be the first chapter of future books about the Global Recession of 2020. But to avoid that result, it matters that world leaders understand just what is at stake — and the pervasive pessimism in markets Monday was a good indication.

Neil Irwin is a senior economics correspondent for The Upshot. He is the author of “How to Win in a Winner-Take-All-World,” a guide to navigating a career in the modern economy. @Neil_Irwin • Facebook