On the site of a residential college that for more than 50 years bore the name of Woodrow Wilson, the president who oversaw the resegregation of the federal Civil Service, a new Princeton residential college will be built and named after Mellody Hobson, a prominent Black alumna, the university said.

Ms. Hobson, who graduated from Princeton in 1991, serves as a chief executive of Ariel Investments, which describes itself as the first Black-owned investment firm. The building, Hobson College, will be the first in the school’s history to honor a Black woman.

The decision to create Hobson College reflects a dramatic change in the university’s position amid pressure from students and the public as part of a movement toward racial equality. 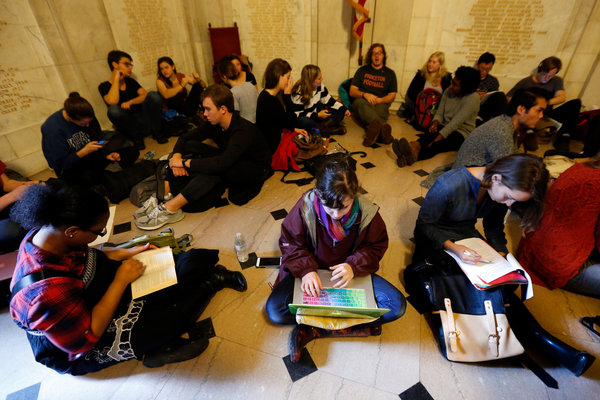 It comes at a time when calls for racial justice and a heightened examination of biases — from hot cereal packaging to law enforcement — have been brought to the forefront in part by George Floyd’s killing in Minneapolis in May.

Wilson College was renamed First College in an acknowledgment of its history as one of the first residential colleges at Princeton, AnneMarie Luijendijk, head of the college and a professor of religion, said in a note to students in June.

The university’s board of trustees found that Wilson’s “racist thinking and policies make him an inappropriate namesake for a school or college whose scholars, students and alumni must stand firmly against racism in all its forms,” Princeton’s president, Christopher L. Eisgruber, said at the time.

“Wilson’s racism was significant and consequential even by the standards of his own time,” Mr. Eisgruber said. Wilson was the university’s president from 1902 to 1910 before becoming the U.S. president in 1913.

Wilson had overseen the resegregation of federal government offices, including the Treasury Department. In a meeting in the Oval Office with the civil rights leader Monroe Trotter, Wilson said, “Segregation is not humiliating, but a benefit, and ought to be so regarded by you gentlemen,” according to a transcript of the meeting.

The decision in June contrasted with a vote by Princeton trustees in 2016 to keep Wilson’s name on campus buildings and programs, despite student protests that led to a review of his legacy there.

“Despite the school’s colors, Woodrow Wilson failed to see that orange and black belong together,” she said at the time.

Ms. Hobson studied at the school of international relations and public policy, then named after Wilson, she told The New York Times.

“No one from my family had graduated from college when I arrived at Princeton from Chicago, and yet even as I looked up at buildings named after the likes of Rockefeller and Forbes, I felt at home,” Ms. Hobson said in the university’s announcement on Thursday. “My hope is that my name will remind future generations of students — especially those who are Black and brown and the ‘firsts’ in their families — that they too belong.”

Residential communities are central to student life at Princeton and include dormitories, dining facilities and extracurricular programming. Hobson College will be established with a donation from Mellody Hobson and the Hobson/Lucas Family Foundation, named for Ms. Hobson and her husband, George Lucas, the filmmaker.

As for how much the contribution was, a university spokesman, Ben Chang, said, “Suffice it to say this is a significant contribution — enough to be the lead gift for the building of an entire complex of dormitories and social and study space.”

Ms. Hobson and Mr. Lucas were awarded the Carnegie Medal of Philanthropy in 2019 for their charitable work, including with After School Matters, a nonprofit that provides Chicago teenagers with after-school enrichment programs and summer jobs.

Ms. Hobson also serves as a chair of the Lucas Museum of Narrative Art and is a board member of the George Lucas Educational Foundation. She served as a Princeton trustee from 2002 to 2006.

Work on the new building will begin in 2023, and the new dormitory is expected to open in 2026, the university said.

And at Cornell University, two new dormitories will be named in honor of Ruth Bader Ginsburg, the former U.S. Supreme Court justice who was a member of the class of 1954, and Toni Morrison, the novelist who earned a master’s degree from Cornell in 1955, the university announced on Friday. The building that honors Ms. Morrison will be the first at Cornell named for an individual woman of color, The Cornell Sun reported.