Home » Americas » Pregnant, Exhausted and Turned Back at the Border

MATAMOROS, Mexico — Griselda was 38 weeks pregnant when she sneaked across the Rio Grande into the United States late one night last year. She started having contractions in a Border Patrol facility in McAllen, Texas, and was taken to a hospital where the medical staff gave her an injection to calm her pain and stop her from going into early labor.

Two days later, she was on a crowded bus back to Mexico, moving into a tent camp with hundreds of other migrants who were waiting for permission to enter the United States. When she finally gave birth 10 days later, her tiny daughter joined her there until a local shelter made room for them.

The wide-ranging new controls on immigration put into place under the Trump administration have made it harder for migrants of all kinds to cross the Southern border, but they have been particularly difficult for pregnant women, who often arrive at the border after arduous journeys, in a state of exhaustion.

Previously, many such women would be allowed to petition for asylum and give birth in safety in the United States while their cases were being considered. But most now, like Griselda, are sent swiftly back to Mexico to take their chances in crowded shelters and filthy tent camps. Some are held in U.S. detention facilities for months.

In a petition to the federal courts last year, the American Civil Liberties Union said it had interviewed 18 migrant women who had been detained by U.S. Customs and Border Protection and returned to Mexico. All were facing serious worries over how to give birth safely and keep their babies healthy.

One woman said she was told by a C.B.P. agent that “Trump didn’t want there to be any more pregnant people here,” according to the A.C.L.U.’s court complaint. 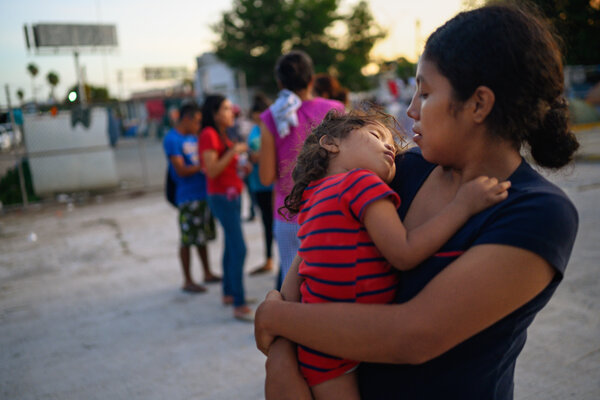 When reports of what was happening with women on the border began to emerge, Lynsey Addario traveled there to document it. In her work as a photojournalist, she had spent a decade investigating maternal health around the world. It was clear to her that a potential health crisis, of a kind she had seen in much less-developed countries, was unfolding directly at America’s door.

Ms. Addario was joined by Caitlin Dickerson, a national immigration writer for The Times. The two journalists met Griselda in a shelter in Matamoros, in the Mexican state of Tamaulipas, on one of several trips they would take to the region over the coming year.

Their work led to a report on the plight of undocumented women living in the United States who are forgoing prenatal care and giving birth at home because of fears that they could be deported. But their reporting revealed a much wider range of problems faced by pregnant women on the border. Most of the women asked that their last names not be published to avoid jeopardizing their chances of winning legal residence in the United States. Their faces, though, spoke volumes.

Xiomara Quintanilla, 26, was seven months pregnant when she arrived at the border near McAllen, Texas, with her two small children, Brianna, 3, and Dylan, 1. The family had fled El Salvador, crossing the Rio Grande into the United States and asking for asylum. She had spent $9,000 on the 15-day journey, paying smugglers along the way.

Families were often being separated by U.S. immigration authorities at the border at that time, but Ms. Quintanilla decided to endure the risk of traveling while heavily pregnant, and the possibility of being separated from her children. “I came because of the lack of security in El Salvador, and the gangs,” she said. “There is no work there. I have to think about the future of my children.”

In Austin, Texas, Ms. Addario photographed Lisbeth, 29, who had fled the MS13 gang in El Salvador after her husband was targeted. She arrived in the United States near Tijuana and surrendered herself to the Border Patrol.

She had been held in a detention center in Otay Mesa, Calif., for two months — all while in her second trimester of pregnancy. She never received a prenatal exam. She recounted harrowing stories of other pregnant women who had serious health problems at the detention facility. “I watched so many pregnant women having miscarriages and I tried to be strong, because I didn’t want that to happen to me,” she said. She eventually made her way to Austin, where she got an apartment and found a job at a pizza restaurant, earning $13 an hour.

At the tent camp in Matamoros where Griselda was initially staying, Gabriela Maria Hernandez Mendez, 25, was waiting along with her two children for permission to enter the United States as an asylum applicant. She was six months pregnant with a third child.

Gabriela had traveled from Choluteca, Honduras, and was waiting out her pregnancy in a state of purgatory. She had undergone a prenatal exam with a midwife in the customs building in Matamoros, but had no idea what would happen to her growing family.

“I am worried for my kids,” she said. “What if they get sick? Where will we sleep? Eat?”

Among the hundreds of asylum seekers waiting at the camp in Matamoros to present their cases in the United States, more than a dozen were, like Gabriela, expecting children. Many had been living there for months, with little possibility of returning home, either because their money had run out or because it was even more dangerous where they came from.

The conditions at the camp were dismal, sometimes freezing at night and sweltering in the day. There was an outbreak of Covid-19 over the summer.

Some of the expectant mothers, like Griselda, have been able to find a space in a shelter, with warm beds and protection from the elements.

But some of the women have grown tired of waiting, and have tried to cross the river. A few of them are lucky enough to be picked up by Border Patrol agents and released to a migrant shelter in the United States.

But for many others, the verdict is quick and harsh: a bus ride back to Mexico.

Biden unveils coronavirus plan but says 100,000 may die in next month 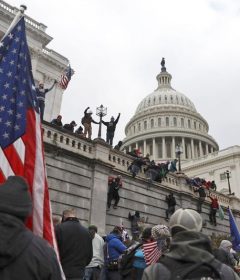 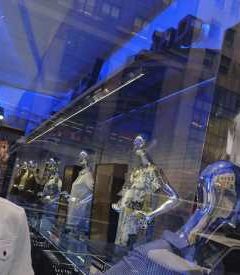