Phyllis L. Marchand, the former mayor of Princeton., N.J., who became the public face of a deer-culling program that brought about vociferous protest, ethical debate and widespread press coverage, died on March 25 at her home in Princeton. She was 81.

Her daughter Deborah Marchand said the cause was lymphoma.

Ms. Marchand was a public official in Princeton Township for 22 years and was appointed mayor for 13 nonconsecutive one-year terms. That made her the township’s longest-serving chief executive, according to records dating to 1900, and earned her the unofficial title “mayor for life” until she retired from government service in 2008 for health reasons.

She was widely known throughout central New Jersey for her energetic involvement in issues like affordable housing, the arts, social services, women’s rights, Jewish education and especially land preservation. A professional indexer, she indexed the papers of President Woodrow Wilson and the letters of the writer Samuel Johnson. She also ran at least 18 marathons, a sport she took up at the age of 42.

But it was Princeton’s deer-culling program in 2000 that brought Ms. Marchand national attention.

Like many suburban areas throughout the country, Princeton was overrun with white-tailed deer. Their leap in numbers led to hundreds of car collisions and an increase in damage to residential plantings, and homeowners became increasingly nervous about the spread of Lyme disease.

The deer felt so at home in Princeton that they took up residence in backyards and were even giving birth on porches. One crashed through the plate-glass window of a barber shop. Another smashed through a windshield and landed in a child’s lap, bloody and kicking.

Ms. Marchand signed a contract with a Connecticut wildlife management firm called White Buffalo. The company’s sharpshooters shoot deer or lure them into a trap, where a net is thrown over them before they are shot in the head with a bolt gun.

While the program had the support of many town residents, it infuriated many others, who argued that the practice was barbaric and medieval. Opponents, who drew support from celebrities including the singer Patti Smith and the author Joyce Carol Oates, said that there were more humane ways to control the herd, such as with fencing, repellents and birth control, and that the suburbs were no place for sharpshooters.

Ms. Marchand said these alternate methods of control were ineffective, impractical and expensive. And she said she felt compelled to do something — other towns, she noted, were being sued for not acting when they knew there was a problem. 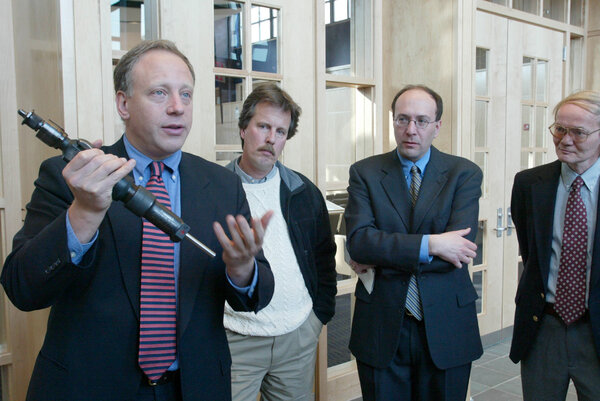 With the program underway, tensions escalated. Critics hired private detectives to follow White Buffalo’s hunters, prompting the hunters to wear bulletproof vests for protection. Lawsuits flew. One demonstrator was accused of punching the township’s animal control officer, who took to wearing a bulletproof vest himself after his dog was poisoned and his cat crushed to death. At one point, someone placed the entrails of a deer on the hood of the mayor’s car.

In the end, town officials declared the program a success because it reduced collisions between deer and vehicles by 40 percent. But it didn’t solve the problem. The deer remain abundant, and while Ms. Marchand had contracted with White Buffalo for only five years, the town is still using its services.

“She felt like she was really doing the right thing,” her daughter Deborah said in an interview. Far from being the savage that her critics portrayed, Deborah Marchand said, her mother was humane and compassionate, adding that “she felt that the deer were suffering; they were starving and getting hit by cars,” and that she believed instant death would spare them that trauma.

Then as now, the town donated hundreds of pounds of venison annually to local food banks.

Phyllis Linda Steinberg was born on Jan. 3, 1940, in Manhattan, the oldest of four children. Her father, Morris Steinberg, was a milliner. Her mother, Charlotte (Oill) Steinberg, was a teacher in the Bronx.

At Skidmore College in Saratoga Springs, N.Y., Phyllis majored in English and was managing editor of the college newspaper. Like students across the country, she joined in sit-ins at the local Woolworth’s in solidarity with Black civil rights activists who were refused service at a Woolworth lunch counter in Greensboro, N.C., in 1960.

She graduated in 1961 and went to work at the Crowell-Collier Publishing Company in Manhattan, where she learned how to index. She later took that skill to The Cowles Comprehensive Encyclopedia.

In 1964 she married Lucien Simon Marchand, a textbook salesman in Princeton. The family moved there in 1966, and her husband became a procurement editor for scientific and mathematical journals.

Ms. Marchand soon found work as an indexer at Princeton University for Prof. Arthur Link, who was the foremost authority on President Wilson and was editing his papers, a prodigious 35-year undertaking that The New York Times said set the standard for the presentation of historical documents. She worked with him from the 1970s through the ’90s. She also undertook projects for other authors, including indexing a book on the history of the Porsche and a biography of Jefferson Davis.

Along the way, she joined various community organizations. In 1986 she was asked to be a candidate for the township committee, Princeton’s governing body, which is now called the town council. A Democrat, she was the highest vote-getter that year and was appointed mayor by the committee, starting in 1989.

She served as president of the New Jersey League of Municipalities and also helped set up a sister city relationship between Princeton and Pettoranello, Italy, to celebrate the contributions of Americans of Italian descent in New Jersey.

When she took up marathons, she would mull municipal problems on her runs.

“One of the things I loved about running was that I could think things out,” she told the weekly Princeton newspaper Town Topics in 2013. “I was on the planning board and ran by some of the sites under consideration.” She said running also gave her the chance to report to the township engineer “where all the potholes were.”

She learned she had lymphoma in 2006. She served two more years as mayor and continued her community work for several years after that.

In addition to her daughter Dorothy, she is survived by her husband; a son, Michael; another daughter, Sarah Marchand; and eight grandchildren.

Among the causes to which Ms. Marchand was most dedicated was preserving open space. Until 2019, she was chair of the board of the Delaware and Raritan Greenway Land Trust, which is naming a meadow in her honor.

“Nature inspires you to understand that there’s something greater than us, here in this world,” she said in a video prepared by the land trust. “So it’s critical right now for us to be advocating for the preservation of open space, paying attention to everything that we can that will help us leave this world a better place.” 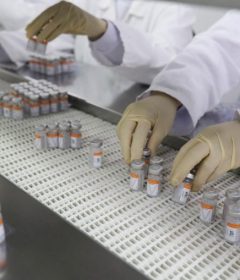 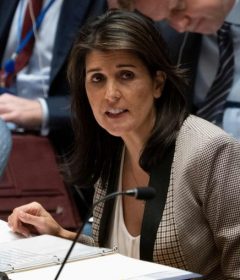