The National Weather Service on Thursday reported the morning’s lowest temperature at Central Park was 19 degrees, tying it for the second-coldest Thanksgiving Day in New York City’s history, and the coldest since 1901. (Temperatures dipped to 15 degrees in 1871.) 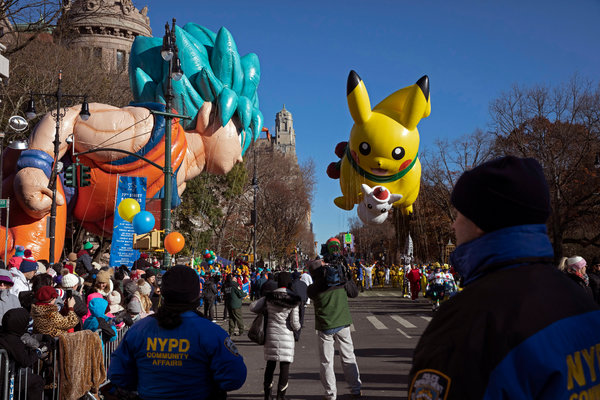 And yet thousands still lined up, albeit all bundled up, along the route to watch the Macy’s Thanksgiving Day Parade.

Winds of 15 to 20 miles an hour were expected during the parade, with gusts up to 30 miles an hour. If the winds had hit 23 miles an hour or the gusts reached 34 miles an hour, the police could have grounded the balloons to avoid repeats of past mishaps and accidents that caused serious injuries. But the parade went on uninterrupted as usual.