Weather: Chance of flurries or showers early, and again this evening. Mostly cloudy, with a high around 40. 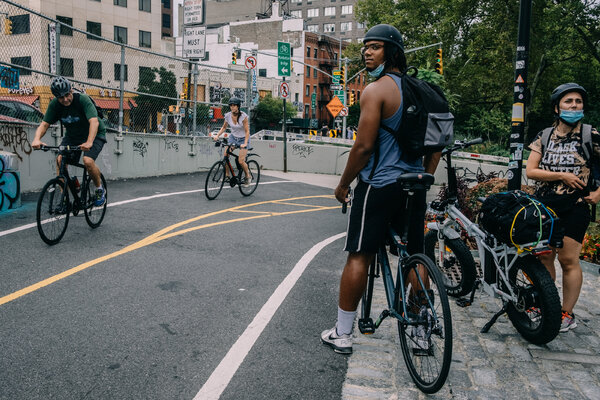 The pandemic set off an extraordinary surge in biking as people sought to avoid public transit and embrace new ways to exercise.

But the spike has run headlong into a familiar problem on New York City’s congested streets: no parking.

Cyclists have rolled up to apartment buildings, stores and restaurants only to find nowhere to leave their bikes. Many have improvised a solution by locking their bikes to street signs — breaking a city law that is rarely enforced — or trees, gates and fences.

The lack of parking, cyclists and advocates complain, has helped fuel a jump in bike thefts.

New York has roughly 56,000 bike parking spots on its streets, sidewalks and plazas. Most are in bike racks, though there are 83 corrals — car parking spots converted to hold bikes — and 20 shelters that shield bikes from precipitation.

Some apartment building owners are looking for ways to accommodate tenants asking for better storage options.

Even as New York has created the largest urban bike network in the nation, with 1,375 miles of bike lanes and a thriving bike-share program, it has lagged well behind other cities in making bike parking spots widely available, transportation experts and advocates say.

By comparison, London has three times as much bike parking, with more than 150,000 spaces on its streets and at least 20,000 additional spaces at Underground and rail stations. There are also more than 1,500 spaces in curbside cycle hangars, where residents leave their bikes inside a small metal container with a curved top.

Still, for years many cyclists have bemoaned the city’s entrenched car culture, which prioritizes drivers over bike riders and pedestrians. They have pushed for more protected bike lanes and other infrastructure.

Their concerns were amplified in 2019, when 28 cyclists were killed on the streets — the highest number in two decades. Mayor Bill de Blasio soon announced a $58.4 million bike safety plan; it has been slowed down because of the pandemic.

Twenty-five cyclists were killed in 2020, even with fewer cars on the roads, according to city data.

He Was Convicted in a Police Officer’s Murder. Trump Gave Him Clemency.

Verizon Investigates a Widespread Internet Outage on the East Coast

A barge full of muck dredged from the Gowanus Canal, a Superfund site, sank, potentially sending the sludge back into the water. [New York Post]

A Margaritaville Resort with a rooftop pool is set to open this spring in Times Square. [Curbed]

The coronavirus has taken a staggering toll on the transit workers who have shuttled doctors, nurses and emergency responders during the pandemic in New York City.

Now, as Covid-19 memorials pop up across the country, the Metropolitan Transportation Authority is creating its own, honoring its more than 135 employees who have died of the disease.

The agency, which operates the city’s subway, buses and two commuter rail lines, is running a video installation at 107 subway stations. It features photographs of many of the workers, interspersed with translations of “Travels Far,” a poem written for the memorial by Tracy K. Smith, a former United States poet laureate.

“The launch of today’s memorial is aimed at personalizing the legacies of those who died during the pandemic,” Patrick J. Foye, the M.T.A. chairman, said in a statement on Monday, the first day of the project. “It is a moving tribute to the members of our heroic workforce who lost their lives and we will continue to make sure those who perished are not forgotten.”

The last stanza of Ms. Smith’s poem, which was translated into Bengali, Chinese, Haitian Creole, Korean, Russian and Spanish for the installation, reads:

Through stations
and years, through
the veined chambers
of a stranger’s heart —
what you gave
travels far.

Metropolitan Diary: ‘Save the gluten’

What’s he in for, long imprisoned,
Mocked, insulted, scorned,
derisioned,
Alone in jail, that life of staff,
They separate the wheat from chaff.

It goes against the grain for me,
I too believe, “Get Gluten Free!”
Why tout the fact he’s not in fruit,
Nor rice, nor corn, the point is moot.
He’s not a tyrant, nor a brute,
Just a stalk of ill repute.

Save the Gluten, if you do,
You can have your cake … 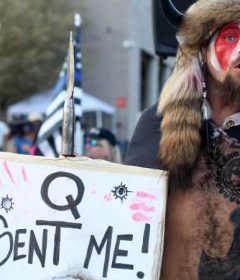 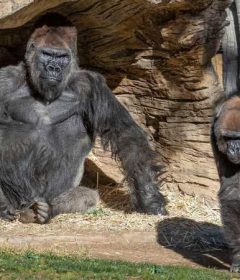 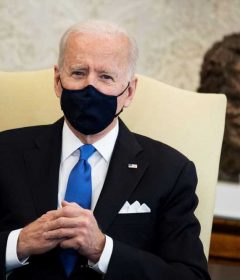