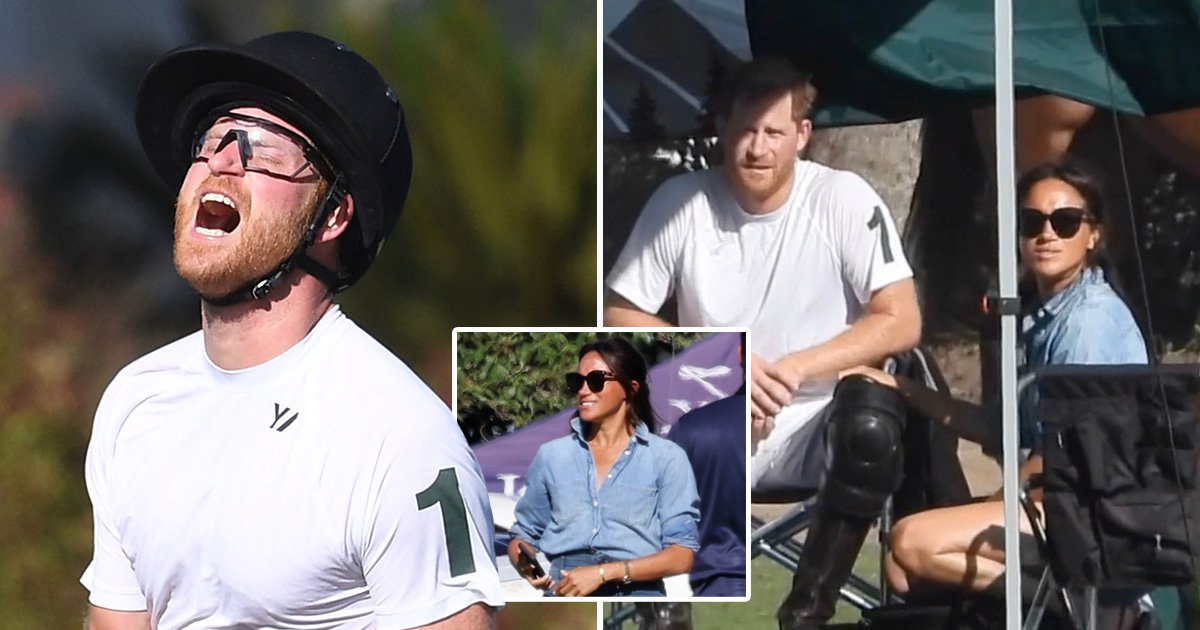 The duchess joined other WAGs to cheer her husband on as his team Los Padres took on Folded Hills in a semi-final game at the Santa Barbara Polo & Racquet Club.

She appeared animated as she intently watched the game with a drink of lemonade in hand.

Meghan was dressed in a causal denim shirt and shorts as she offered her support from the sidelines.

Previous polo matches have been a cause for celebration, with the couple sharing a tender kiss after Harry’s team won a match at an event in May.

This time, Meghan was seen with her hand on his leg as she consoled Harry.

The prince was photographed shouting in frustration after his team failed to clinch a victory.

The duke 37, joined the Los Padres team in May under the name Harry Wales, and has spent the last few weeks playing alongside his teammates.

The team competes in the Pacific Coast Circuit Inter-Circuit Cup and was founded by Harry’s friend Nacho Figueras, 45, who has been dubbed the David Beckham of polo.

Meghan was seen giving Nacho a hug during yesterday’s sporting game and she also chatted to his wife Delfina Blaquier on the sideline.

The photos emerged after Prince William’s friends told how he is still mourning his rift with his brother but isn’t ready to forgive him over his bombshell Oprah interview last year.

One of William’s close friends told the Daily Mail: ‘He [William] alternates between grieving for what he has lost and feeling really, really angry about what his brother has done.

‘He truly loves Harry and feels he has lost the only person, aside from his wife, who understood this strange life of theirs.

‘But he believes there are things you just don’t do. And Harry has 100 per cent crossed that line.’

William’s pals claimed he also thinks Harry has been ‘sucked into an alien world’ and there’s ‘f*** all he can do about it’.

However, he wants his brother to be happy and ‘maybe will find a way to forgive and forget’.