A man suspected of killing a far right-wing protester in Portland has been shot dead in an operation to detain him, according to officials.

Michael Reinoehl was located by FBI agents and the US Marshals service on Thursday after an arrest warrant was issued for him.

During the encounter, Reinoehl is said to have brandished a gun, before being shot by a police officer in Lacey, Washington. 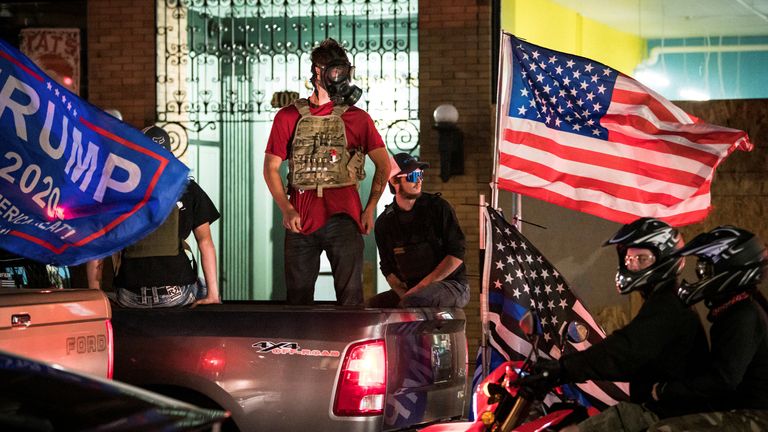 The 48-year-old was the main suspect in the killing of Aaron Jay Danielson, which happened during clashes between Donald Trump supporters and Black Lives Matter protesters on Saturday in Oregon, Portland.

BLM protests have been occurring regularly in the city following the police killing of George Floyd in May.

On the weekend, a convoy of around 600 vehicles – carrying an estimated 1,000 Trump supporters – drove around the city and were confronted by the protesters.

In an interview with Vice, Mr Reinoehl said he had acted in self-defence when shooting Mr Danielson, a member of the Patriot Prayer group.

He added: “I had no choice. I mean, I, I had a choice. I could have sat there and watched them kill a friend of mine of colour. But I wasn’t going to do that.”

Mr Reinoehl, who regularly the attended anti-racism demonstrations, described himself as “100% ANTIFA” on social media and had suggested that tactics used by counter-protesters amounted to “warfare”.

He had also been shot at a protest before and is cited for having a gun at another. 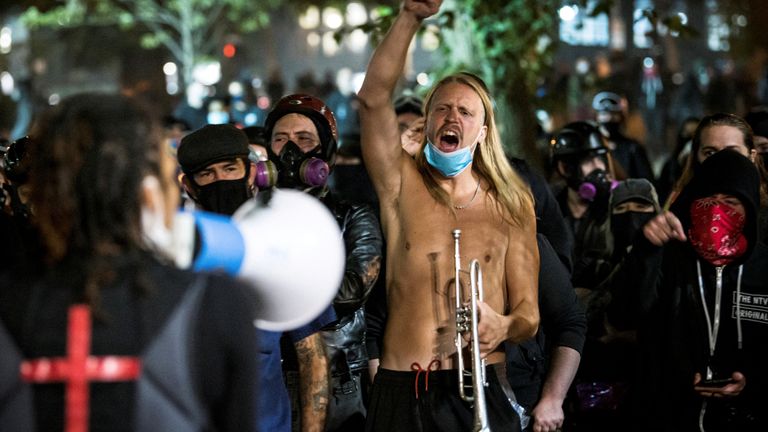 Donald Trump acknowledged the shooting of Mr Danielson, tweeting: “Why aren’t the Portland Police ARRESTING the cold blooded killer of Aaron “Jay” Danielson. Do your job, and do it fast. Everybody knows who this thug is. No wonder Portland is going to hell!”

There has been months of unrest in Portland, with hundreds of people being arrested after protesters vandalised government buildings and police stations, and authorities used tear gas and pepper spray to break up crowds.

Democratic officials and Oregon Governor Kate Brown have said: “The violence must stop. There is no place for white supremacy or vigilantism in Oregon.”

They added: “Together, we are committing ourselves to do the hard work that will bring meaningful change for racial justice and police reform.”