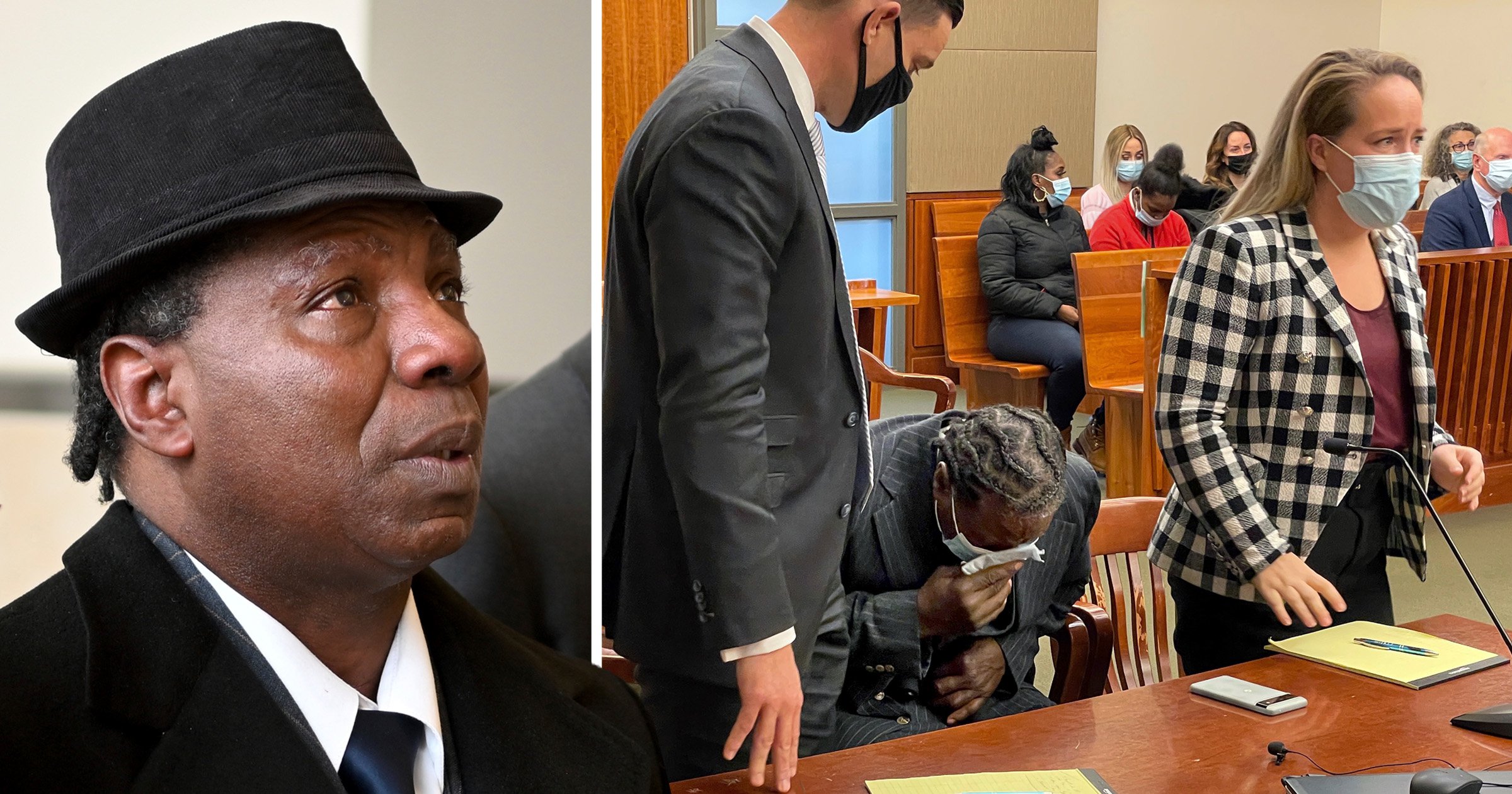 A man who spent 16 years in jail for the rape of award-winning author Alice Sebold has been exonerated after a producer working on a film of the writer’s memoir spotted glaring inconsistencies.

Anthony Broadwater, 61, broke down in tears this week when a judge cleared him of the rape which was the basis of Ms Sebold’s 1999 bestseller, Lucky.

The memoir launched her career and, three years later, she had a hit with novel The Lovely Bones — also about rape.

‘I just hope and pray that maybe Ms Sebold will come forward and say, “Hey, I made a grave mistake” and give me an apology,’ Mr Broadwater said. ‘I sympathise with her, but she was wrong.’

Mr Broadwater was just 20 and had recently returned home after serving with the marines when he was accused of raping Ms Sebold in May 1981.

At the time, she was a student at Syracuse University, New York.

He was found guilty after Ms Sebold identified him in court — even though she had picked another man in a police line-up — and on the evidence of microscopic hair samples.

The hair analysis used is now seen as ‘junk science’ by the US Department of Justice.

Mr Broadwater was released from jail in 1999.

Last year, when Lucky was being filmed for a Netflix movie, executive producer Tim Mucciante became suspicious when the script’s first draft differed so much from the book.

His doubts were not about Sebold’s assault, but about the trial ‘which didn’t hang together’, he told the New York Times.

He was later dropped from the project and decided to hire a private investigator, Dan Myers, to look at the case.

Mr Hammond told CNN that he and a colleague listened to the transcript of the trial and found ‘serious legal issues’, prompting them to file a motion to have the conviction overturned.

At Onondaga County Supreme Court, the prosecution was ruled unjust.

District Attorney William Fitzpatrick said he was ‘not going to sully this proceeding by saying, “I’m sorry”.’

‘That doesn’t cut it… This should never have happened.’

Broadwater spent his life protesting his innocent, and tried five times to get the conviction overturned before Monday’s decision.

‘I never, ever, ever thought I would see the day that I would be exonerated,’ he said.

‘When he spoke to me about the wrong that was done to me, I couldn’t help but cry.

‘The relief that a district attorney of that magnitude would side with me in this case, it’s so profound, I don’t know what to say.’

Sebold, 58, wrote in Lucky of being raped as a first-year student at Syracuse in May 1981. She said she spotted a black man in the street months later that she was sure was her attacker.

‘He was smiling as he approached. He recognized me. It was a stroll in the park to him; he had met an acquaintance on the street,’ wrote Sebold.

She said she didn’t respond, adding: ‘I looked directly at him. Knew his face had been the face over me in the tunnel.’

Sebold went to police, but she didn’t know the man’s name and an initial sweep of the area failed to find him. An officer suggested the man in the street must have been Broadwater, who had supposedly been seen in the area.

After Broadwater was arrested, Sebold failed to identify him in a police lineup, picking a different man as her attacker because ‘the expression in his eyes told me that if we were alone, if there were no wall between us, he would call me by name and then kill me’.

But on the witness stand, Sebold identified Broadwater as her rapist, and an expert said microscopic hair analysis had tied Broadwater to the crime – a method which is now discredited.

Sebold wrote in Lucky that when she was informed that she’d picked someone other than the man she’d previously identified, she said the two men looked ‘almost identical’.

Broadwater’s attorney, David Hammond, told the Post-Standard: ‘Sprinkle some junk science onto a faulty identification, and it’s the perfect recipe for a wrongful conviction.’

Sebold gave Broadwater the pseudonym Gregory Madison in her book.

The 61-year-old had no idea that she was a famous author or that his crime was used to inspire her memoir.

He only found out when Mucciante tracked him down ‘in a derelict apartment in Syracuse’.

‘He was pretty shocked,’ the producer told The Daily Mail.

‘He is living, this is not an exaggeration, a very squalid existence. Alice Sebold, based on Lucky and The Lovely Bones, is living in a very, very nice home in San Francisco.’

Broadwater had remained on New York’s sex offender registry even after finishing his prison term in 1999, working as a trash hauler and handyman in the years after his release.

Earlier this week he told how the conviction eclipsed his job prospects and his relationships with family and friends.

‘On my two hands, I can count the people that allowed me to grace their homes and dinners, and I don’t get past 10,’ he told the New York Times.

‘That’s very traumatic to me.’

Although he married a woman who believed in his innocence, Mr Broadwater said he decided against having children because he didn’t want his conviction to ruin their lives.

‘We had a big argument sometimes about kids, and I told her I could never, ever allow kids to come into this world with a stigma on my back,’ he said.

A spokesperson for Scribner, Sebold’s publisher, told The Guardian: ‘Neither Alice Sebold nor Scribner has any comment. Scribner has no plans to update the text of Luckyat this time.’

US to declare diplomatic boycott of Beijing Olympics: Media