Liberty University has sued Jerry Falwell Jr. for $10 million, exacerbating the messy divorce between the Christian university and its former president whose family name has been synonymous with the university since its founding.

The suit, filed on Thursday, alleges breach of contract and fiduciary duty. It claims that Mr. Falwell withheld scandalous and potentially damaging information from Liberty’s board of trustees, while negotiating a generous new contract for himself in 2019 under false pretenses. Mr. Falwell also failed to disclose and address “his personal impairment by alcohol,” the suit alleges.

Last August, Mr. Falwell claimed that he was being threatened with extortion by a man who had a yearslong sexual relationship with Mr. Falwell’s wife, Becki. The suit claims that by keeping the sexual entanglement and resulting “extortion” a secret, Mr. Falwell endangered and later damaged Liberty’s reputation. Instead of divulging the active threat to Liberty’s board, “Falwell Jr. chose personal protection,” the suit claims.

A spokesman for Liberty University, Scott Lamb, said the school had no comment on the suit. Mr. Falwell did not immediately respond to a request for comment on Friday morning.

The university filed the suit on the same day that its board of trustees arrived in Lynchburg, Va., for its semiannual meeting, at which they are set to discuss the university’s future, including its search for a permanent leader. Jerry Prevo, a close associate of Mr. Falwell’s father and the former pastor of a large church in Alaska, has been serving as interim president since August. Mr. Prevo is also a member of the board’s powerful executive committee.

The suit is likely to rattle that normally placid gathering, which Mr. Falwell had used to dazzle the board with flashy presentations about Liberty’s growth and influence under his leadership. The suit alleges that Mr. Falwell deceived the board’s executive committee into redesigning his contract to include a higher severance payout if he resigned for “good reason” or if Liberty terminated his contract without cause. Mr. Falwell claimed to the committee that this would serve as a “safety valve” for both him and the university if his full-throated support of former President Donald J. Trump proved damaging to the school’s reputation.

The real reason for negotiating the deal, the suit claims, was to protect against the possibility that Giancarlo Granda, the former pool attendant who had the affair with Ms. Falwell, would publicly reveal his relationship with the family.

The suit says Falwell “improperly and errantly” told the press he was owed $10.5 million after his departure in August. His severance should have been $2.5 million, or two years’ salary under the higher salary he negotiated in 2019, the suit claims. “Liberty was unsure if Falwell Jr.’s representation to the media was just puffery and bragging or some attempt to set up a claim for additional compensation,” the suit says.

The suit also claims that Mr. Falwell used a non-Liberty email address and personal devices to conduct university business. Although Liberty paid for the devices and confidential university information is stored on them, Mr. Falwell has refused to return them or to provide access codes, the university alleges. The school is working with an independent forensic accounting firm to investigate its operations under Mr. Falwell; that investigation is ongoing. 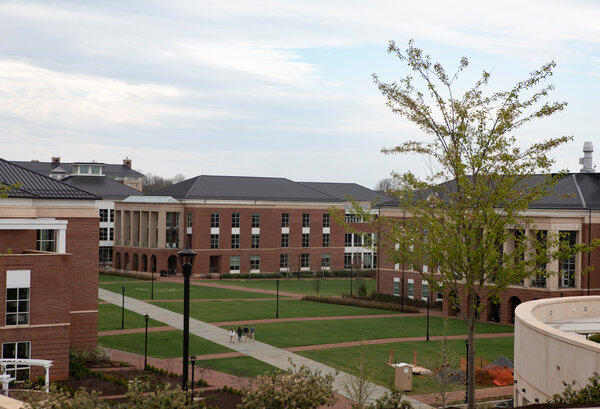 The suit includes new details about the family yacht outing in 2020 that led to Mr. Falwell’s suspension before his resignation.

In early August, Mr. Falwell posted a photo to his Instagram account in which his pants were unbuttoned and he had his arm around a pregnant Liberty employee who had her belly exposed. Mr. Falwell was holding what appeared to be an alcoholic beverage; his caption joked that it was “just black water.” The suit claims that Ms. Falwell took the photograph against the objections of the employee and her husband, Mr. Falwell’s personal assistant. Mr. Falwell promised not to show the photo to others, but later posted it to his public Instagram account.

After Mr. Falwell embarked on a disastrous attempt to explain himself in the media, Ms. Falwell privately contacted three members of the executive committee to express concerns about her husband’s excessive drinking, the suit alleges. Her “heartfelt appeal” convinced Liberty’s leaders to look sympathetically on Mr. Falwell’s erratic behavior, and to allow him to take a sabbatical, with a stint in rehab to be paid for by the university.

But Mr. Falwell resisted the idea of residential treatment, the suit claims. Liberty also says that Mr. Falwell had begun “drinking significantly” to manage his stress over the Granda situation. “There were concerns that he smelled of alcohol during work interactions,” the suit alleges.

The suit also criticizes Mr. Falwell’s broader failure to uphold the spiritual and moral responsibilities of his role as president of the Christian college founded by his father, Jerry Falwell Sr., in 1971. The school’s bylaws, which Mr. Falwell affirmed in 2019, state that the school’s president “provides spiritual and worldview leadership to the University in pursuit of excellence.”

Liberty students pledge to avoid alcohol, immodest behavior and sex outside of heterosexual marriage. By contrast, the suit points out, the Falwells “frequented Miami-area clubs” and socialized in “high-energy social establishments.”

Since his tumultuous departure in August, Mr. Falwell has suggested to reporters that he plans to have a continuing presence at Liberty. Last month, he posted photographs to his Instagram account showing his family attending a Liberty lacrosse game.

But Liberty has made some moves to distance itself from Mr. Falwell and his family. Mr. Falwell’s oldest son, a vice president, departed the school earlier this month. Around the same time, Mr. Prevo emailed employees to remind them that “no Liberty University employee at any level is permitted to communicate with Jerry Falwell Jr. or Becki Falwell about university matters,” unless it is related to the Falwells’ daughter, a current student.

Meanwhile, Mr. Falwell’s brother has taken a larger role on campus. Jonathan Falwell is the senior pastor of Thomas Road Baptist Church, which was founded by Jerry Falwell Sr. In Lynchburg, he has a reputation for having a greater interest in spiritual matters than in politics, a contrast with his older brother, who trained as a lawyer and seems to enjoy engaging in public combat over political and cultural disputes.

Mr. Falwell filed his own suit against the university in October, claiming the university damaged his reputation in its public statements after his resignation. That suit, too, was filed the same week that the board of trustees gathered in Lynchburg. Mr. Falwell dropped it in December.