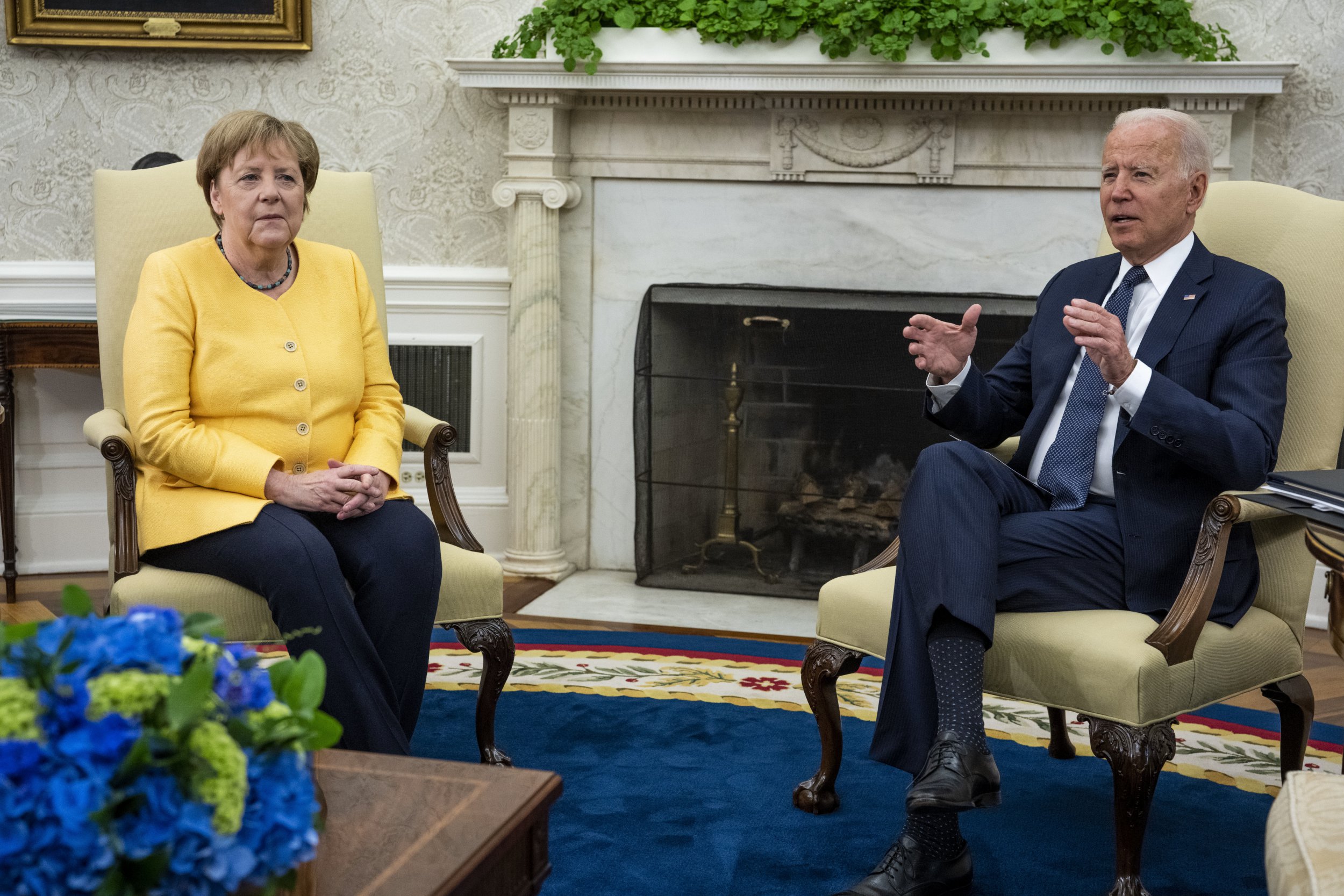 President Joe Biden welcomed German Chancellor Angela Merkel to the White House on Thursday afternoon for a bilateral meeting with a wide-ranging agenda including the coronavirus pandemic, climate change and China’s rise.

Biden and Merkel first met in the Oval Office, saying it was a ‘great pleasure’ to have her back.

‘She has been to the Oval Office many times,’ Biden said of Merkel. ‘She’s a great friend, a personal friend and a friend of the United States.’

Merkel thanked Biden for the invitation and said she was ‘delighted’ to be in Washington, DC.

‘I’d like to say here how much I value friendship with the United States of America,’ Merkel said. ‘We are more than aware of the contribution of America to a free and democratic Germany. So I am very much looking forward to deepening our relations yet again.’

The leaders were set to discuss the Russian Nord Stream 2 gas pipeline, which the two countries have had an ongoing dispute over. They were also expected to converse about Russian cyberattacks in the US, the withdrawal of troops from Afghanistan and renewing the Iran nuclear deal.

It was likely Merkel’s last visit to the White House before she leaves her post in September after 16 years as Germany’s chancellor. Biden is the fourth US president that Merkel has met with during her tenure.

The meetings on Thursday which included a one-on-one session and a larger group discussion, were not expected to produce any major policies or breakthroughs.

After a joint press conference in the late afternoon, President Biden and First Lady Jill Biden will host Merkel and her husband Joachim Sauer for dinner. The dinner will include Vice President Kamala Harris and second gentleman Doug Emhoff as well as ‘others who have been supporters of the bilateral relationship with Germany’.

‘I want to thank you for your years of leadership,’ Harris said. ‘I’m very proud that I believe that I am the first vice president to host you at the official residence of the vice president.’

Harris continued that ‘the relationship between our two countries is one founded on many shared values, including a commitment to democracy around the world’.

Merkel said she was ‘delighted’ to meet the vice president and that ‘we can indeed cooperate very well in order to boost values and also continue to build on them’.