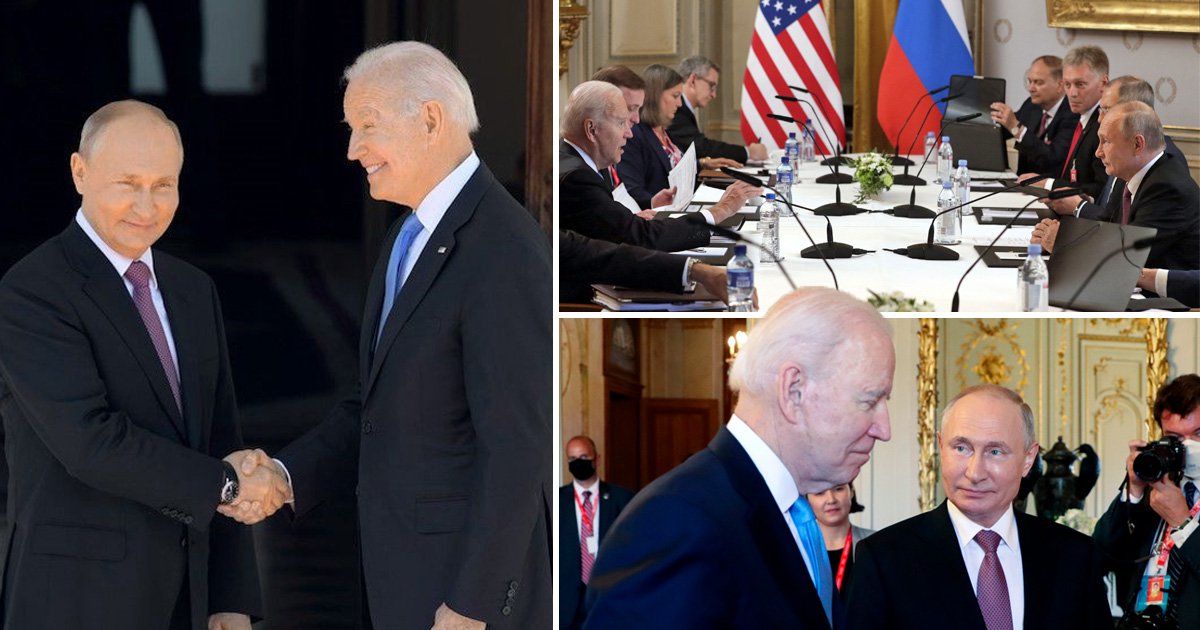 Speaking first, Putin said in Russian, ‘our meeting took place in a constructive spirit’, according to an interpreter.

‘Both sides expressed the intention to understand each other and to seek common ground,’ Putin said. ‘Talks were quite constructive.’

Regarding cyber security, Putin said he and Biden agreed that they would begin ‘consultations’ that he believes are ‘extremely important’. However, Putin spoke of matters that he said are ‘common knowledge but probably not everybody is aware of that’. Specifically, Putin said that US sources have said the majority of cyberattacks on America come from within its own country, followed by hackers in Canada, two Latin American countries and then the UK, but that Russia ‘is not listed in this ranking’. 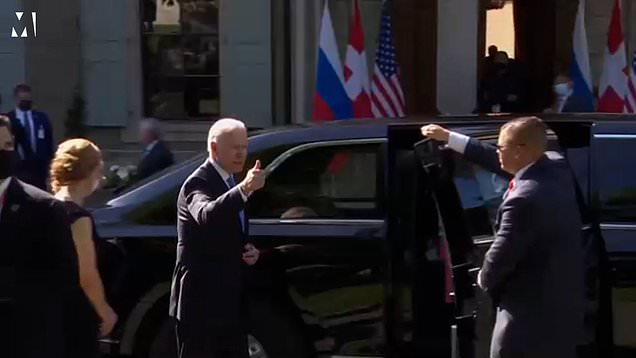 Asked if the countries discussed respecting each others’ red lines, Putin said, ‘I’ll give it to you point blank, we haven’t gotten so far as to define the specifics’. The Russian president added that he and Biden agreed to follow up cyber security and Arctic issues and would have more details after consultations.

‘It’s not every world leader that gets this amount of attention,’ Putin said.

Putin reiterated that ‘the conversation was quite constructive’ and said that ‘President Biden is an experienced statesman’.

Putin said that Biden did not invite him to the White House and that he has not extended an invitation to the American president to Russia.

The summit was broken into two sessions. The first phase was a smaller meeting of only four: Biden, Putin, US Secretary of State Antony Blinken and Russian Foreign Minister Sergei Lavrov, accompanied by an interpreter. The second phase included larger delegations from both sides.

After the meeting, Biden walked out of the building toward a black car and flashed a thumbs up before stepping into the vehicle.

The White House insisted that the presidents hold separate press conferences after the meeting, with Putin talking first.

The meeting was not expected to result in any breakthroughs, but the leaders were expected to discuss issues of contention between the countries including recent cyberattacks that the US said came from Russia, human rights, arms control and climate change.

In an opening session in a library at the villa, Putin told Biden: ‘Mr President, I would like to thank you for the initiative to meet today. The US and Russian relations have a lot of issues accumulated at the highest level, and I hope that the meeting will be productive.’

Biden replied: ‘As I said outside, it’s always better to meet face to face.’

The two presidents were welcomed to Geneva, ‘the city of peace’, by Swiss President Guy Parmelin.

‘I wish you both presidents a fruitful dialogue in the interest of your two countries and the world,’ Parmelin said. 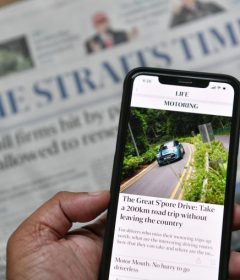 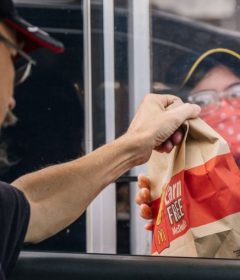 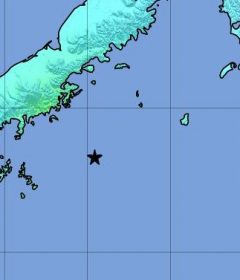 An 8.2-magnitude earthquake struck off the southern coast of Alaska.