Is height important on dating sites? 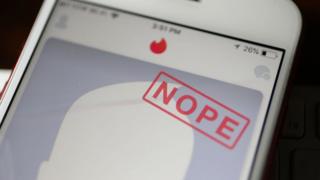 When it comes to dating they say age is nothing but a number but what about height?

A video of a man reacting furiously in a bagel shop where he believes customers are mocking him for being short has sparked a discussion about the importance placed on height when dating.

The footage shows the man in a Long Island, New York, bagel shop launching into an angry tirade about the responses he gets from women on dating sites because he is short.

The video was filmed on Wednesday by a customer who caught the moment the man became visibly upset asking, “Why is it ok for women to say oh you’re 5 ft on dating sites you should be dead, that’s OK?”

A female customer attempts to calm him down saying no one in the shop had said that, to which he furiously erupts again accusing the woman of suggesting he is “making it up.”

When a male customer attempts to intervene, the man challenges him to a fight. “You’re not God or my father, or my boss. Dude, you wanna step outside, huh?”

The video has been viewed 20 million times on Twitter, prompting hundreds of comments.

One Twitter user posted: “As a 5’7 guy, I feel his pain. It annoys me when girls avoid short guys like the plague. But it doesn’t make me hate all women and generalise them. It also doesn’t excuse his behaviour.”

Another tweet read: “I’m 5’4″ and have only let my height bother me once. Yes, women on most dating sites are only looking for tall men, but I’ve dated women 5’10” and even one that was 6′. So if someone doesn’t like my height that’s on them.”

I've dated short guys. Height isn't what makes a guy attractive, it's the way they treat me & the way they make me feel when I'm around them. Guys who are negative & yell are not attractive. ?

It's not his height. It's his attitude. There are PLENTY of beloved short men. I am not just talking about famous ones like Prince. Women LOVED my grandfather. He was short but my Goddess Grandpa was charming.

While some were outraged by what they saw as “a misogynistic rant” others felt the man should have be treated with kindness. One Twitter user posted: “I have pity/compassion on him. Wish people could have neutralised this situation.

“When I was in 5th grade, I was the tallest person in my class. So self-conscious. I can relate to him.”

On Reddit where there are dozens of communities dedicated to dating and relationships, there also seemed to be some compassion for the man. One Reddit user posted how being 5 ft 4 in had not hindered his dating prospects too much.

“I’m a short man myself and I really get the frustration. I believe I’m taller than him so I know I’m definitely better off but when you get in that deep incel mindset it’s easy to lash out.

“People do look at you differently and dating wise you are definitely as a disadvantage. I got in pretty good shape and even as an average-ish looking guy I still had plenty of luck on Tinder.”

While another comment read: “Being as short as I am it’s hard. I have some pretty good looking taller friends that are basically chick magnets, and I get jealous at times. But I’ve accepted that I’m just short.”

On dating apps like Tinder and Bumble one of the traits men will almost immediately refer to in their bios is their height. An example of a popular opening line often begins with: “Height seems to be important on here so before you ask I’m 5’11”.

But while height could be an important factor when picking a partner on dating sites, on social media many shared examples to prove height is unimportant.

“I’m 5’9 and have been married four years to my 5’2 husband. His height has become one of my favourite things on the rare occasion I actually notice it,” one Reddit user posted.

Another commented about her cousin’s 5’3 ft husband: “He is the coolest dude ever. He is super smart, built a beautiful wooden gazebo for the wedding ceremony, baked and decorated the cake himself, is always smiling and laughing and is super easygoing.

“He makes short guy jokes occasionally but they’re always in good spirit. When other people make short guy jokes he laughs along with them and it seems to not bother him.”

As the height discussions continue on social media one commentator is hoping to encourage a mindset change with her view.

“My brother is short, my sister is obese, and seeing the inadvertent and purposeful hate they get all the time is heartbreaking. We as a society are making headway on stopping the body shaming for women, but let’s include men too.”