Home » Americas » Indigenous Party, Not on the Ballot, Is Still a Big Winner in Ecuador Election

Indigenous Party, Not on the Ballot, Is Still a Big Winner in Ecuador Election

TARQUI, Ecuador — Though its candidate is not on the ballot, one big winner in Sunday’s presidential runoff in Ecuador was clear before the first vote was cast: the nation’s long-marginalized Indigenous movement.

The Indigenous party and its allies jolted the nation in the first round of voting in February, winning half of all states, becoming the second-largest presence in Congress and transforming the agenda of the finalists in Sunday’s presidential race, the leftist Andrés Arauz and the conservative Guillermo Lasso.

“The politics of Ecuador will never be the same,” said Farith Simon, an Ecuadorean law professor and columnist. “There’s still racism, but there’s also a re-vindication of the value of Indigenous culture, of pride in their national role.”

Eager to court Indigenous voters and mindful of the need to work with the newly powerful Indigenous bloc in Congress, Mr. Arauz and Mr. Lasso have revamped their messages and shifted the contest from the polarizing socialist-versus-conservative ground that has defined national politics for years. Debates are emerging instead on Ecuador’s deep-seated inequality and on an economic model reliant on the export of oil and metals extracted from Indigenous lands.

Both candidates have promised to enact greater environmental safeguards and to grant Indigenous communities more say over the extraction of resources. Mr. Lasso, 66, a banker, has vowed to improve economic opportunities for Indigenous people, who, despite decades of progress, lag far behind national averages in access to education, health care and jobs. 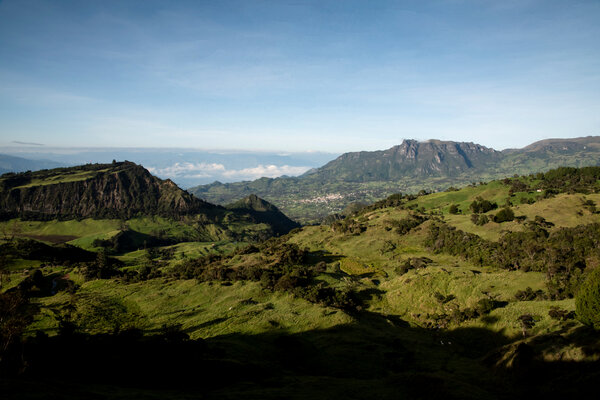 Mr. Arauz, 36, an economist who led in the first round of voting, has promised to lead Ecuador as a true “plurinational” country in recognition of its 15 Indigenous nations. Though largely symbolic, the designation had been sought for decades by the country’s Indigenous party, Pachakutik, as a powerful acknowledgment of its people’s central place in Ecuador.

The rise of Pachakutik on the national stage has not only brought attention to the country’s Indigenous minority, it has posed deeper questions of identity for the entire electorate. Though just 8 percent of Ecuadoreans identified themselves as Indigenous in the last census, much of the population is ethnically mixed.

“This is a difficult conversation for us as a nation, but there’s no turning back,” Mr. Simon said.

The man most responsible for the political sea change has been the environmental activist Yaku Pérez, the Pachakutik presidential candidate in February’s first round of voting.

“Pérez had an enormous capacity to open his horizons, his discourse, to incorporate themes that weren’t there” in Ecuadorean politics, said Alberto Acosta, a former Pachakutik presidential candidate.

Mr. Pérez’s rise is part of a larger generational shift in Latin America’s leftist movements. Partly driven by social media and political protests in the United States, where most Latin American nations have large diasporas, younger left-leaning politicians are prioritizing environment, gender and minority issues over the Marxist doctrine of their mentors.

In neighboring Peru, Verónika Mendoza, 40, is among the top contenders in Sunday’s presidential election, promising to grant land titles to Indigenous communities and protect the environment. In Bolivia, the 34-year-old Indigenous leader Eva Copa recently won a mayor’s race in El Alto, a melting-pot city considered a bellwether.

This new generation of leaders is going beyond the traditional left-right divide, challenging their countries’ historic reliance on large mining, oil and agribusiness projects for economic growth, said Carwil Bjork-James, an anthropologist at Vanderbilt University in Tennessee.

“These are big continental questions that the Indigenous movements have been asking for a long time,” Mr. Bjork-James said. “To see these questions being asked politically is a new level.”

Such a framework is shortsighted, their rivals say. South American nations have no alternative but to rely on revenue from raw materials to recover from the pandemic. And only through economic development, they say, can inequalities be fully addressed.

In Ecuador, Mr. Pérez managed to win nearly 20 percent of February’s vote, but his party and its allies soared from nine to 43 congressional seats in the election, becoming kingmakers in the country’s fractured 137-seat legislature.

The campaign had initially focused on the legacy of Rafael Correa, Ecuador’s longest-serving democratic president. He had lifted millions from poverty during a commodities boom in the 2000s, but his authoritarian style and the corruption allegations that trailed him had left the nation bitterly divided.

Mr. Correa, who left office in 2017, picked Mr. Arauz to represent his leftist movement this year, catapulting the 36-year-old to the top of the polls despite his limited experience and national recognition. Mr. Lasso centered his early campaign message on fears that Mr. Correa would continue to exert influence.

But the first-round results “showed that a great part of the population doesn’t want to be boxed into this conflict between Correa’s supporters and opponents, which reduces Ecuadoreans’ problems to a binary vision,” said Mr. Acosta, the former candidate.

Pachakutik’s electoral success this year traces to a wave of national protests in October 2019, when the Indigenous movement marched on the capital, Quito, to demand the repeal of a deeply unpopular cut in gasoline subsidies. The protests turned violent, claiming at least eight lives, but the government withdrew the subsidy cut after 12 days of unrest.

“We showed the country that the Indigenous people are looking for a transformation of this dominant system that only serves the most affluent,” said Diocelinda Iza, a leader of the Kichwa nation in the central province of Cotopaxi.

The life of Mr. Pérez, the presidential candidate, embodies the travails of the Indigenous movement. He was born in a high Andean valley in southern Ecuador to a family of impoverished farmers. His father was Kichwa, his mother Kañari.

His parents worked on the estate of a local landowner without pay in return for living on his property, a rural arrangement that has changed little since colonial times.

From his childhood, Mr. Pérez said he remembers the seemingly endless toil in the fields, the pangs of hunger, and the humiliation he felt at school when his mother came to parent meetings dressed in traditional skirts.

“I felt a lot of shame to be Indigenous, to come from the field, to be a farmer, to have a sharecropper father,” Mr. Pérez said in an interview in March. To succeed at school, he said, “I ended up whitening myself, colonizing myself, rejecting our identity.”

Mr. Pérez ended up studying at a local university, practicing law and becoming involved in politics through local associations defending communal water rights. He rose to become the governor of Ecuador’s Azuay region, the country’s fifth-most populous, before quitting to run for president.

His story has resonated with other Indigenous people, many of whom see the political efforts of today in the context of the five centuries since Ecuador’s colonial conquest.

“We’re not campaigning for a person,” said one Indigenous leader, Luz Namicela Contento, “but for a political project.”