Home » Americas » In Superstar Cities, the Rich Get Richer, and They Get Amazon

In Superstar Cities, the Rich Get Richer, and They Get Amazon 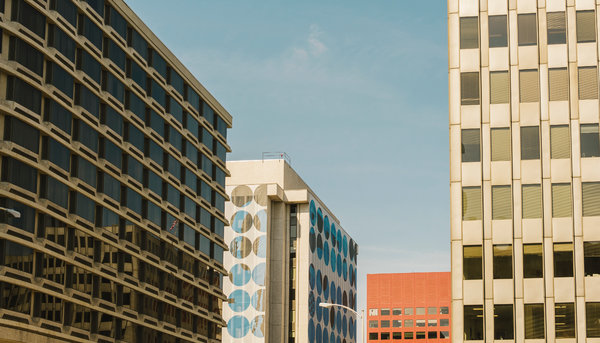 In the end, even Amazon has behaved according to this rule: In the modern tech economy, cities that already have wealth, opportunity, highly educated workers and high salaries will just keep attracting more of them.

Of all its options across North America, the company appears to have narrowed its sights to New York and suburban Washington for a huge expansion of high-paying tech jobs. The 11th-hour decision to split its “second headquarters,” as Amazon is expected to announce shortly, makes the pattern only more glaring.

A small number of rich and internationally connected cities keep increasing their economic advantages — and as a result, the inequality widens between them and everywhere else.

Because of the pull of “superstar” cities, economists and policymakers fear what will happen elsewhere if the winners keep winning while many smaller communities are left behind. It’s possible Amazon executives genuinely believed a year ago that they might find a more surprising home (many observers are not so charitable). But, ultimately, the superstar magnet pulls them, too.

“It’s just absolutely hard-wired into technology economies,” said Mark Muro, a senior fellow at the Brookings Institution. “It’s not just a sort of interesting thing that happens — it’s inherent to the technology.”

Tech companies feed on highly educated and specialized workers, specifically dense clusters of them where workers and companies interacting with one another are more likely to produce new ideas. Washington and New York, as it turns out, are two of the most highly educated regions in the country, with already large pools of tech workers.

“In that sense, we look naïve in even raising the question that this could have gone to a different kind of Midwestern, heartland place,” Mr. Muro said. “There wasn’t really an alternative.”

By choosing to go where high-skilled workers and other prosperous companies already are, Amazon will effectively ensure that more companies follow it in turn. Opportunity will concentrate further. The differences between, say, New York and Scranton, Pa., will widen. This divergence, underway for about 30 years, has accelerated since the Great Recession.

Between 2010 and 2017, according to Brookings, nearly half of the country’s total employment growth occurred in just 20 large metro areas (places that are home to about a third of the population). The Washington and New York regions alone accounted for about half of the net increase in business establishments across the country between 2007 and 2016, according to the Economic Innovation Group, which tracks economic inequality across the country.

“This is a very rational decision for Amazon to make in the micro; in the macro, it reinforces a really challenging trend for the U.S. economy,” said John Lettieri, the president of E.I.G. “The divide between prosperous and distressed regions is growing wider. And it’s because of things like this.”

In previous economic expansions, E.I.G. has found, the benefits were more broadly felt, and growth was driven by more places, including rural communities. Today, data points about the national economy no longer describe well what’s happening on the ground in many places.

Part of what has changed is that the American economy has become dominated more by companies like Amazon, which produce services instead of manufactured products, and thus employ software engineers instead of assembly line workers.

Drop a big Amazon headquarters into Washington or New York, and economists expect the 50,000 workers there to be more productive than if the same 50,000 jobs were dropped into Indianapolis. Simply putting them in New York, near so many other tech workers, increases the likelihood that Amazon invents more services, connects to more markets, makes more money.

Those added benefits are so strong, economists say, that it’s worth it to companies like Amazon to pay more — a lot more — for office space and employee salaries in New York City.

“If you are in the business of making new things — whether it’s a new product, or a new way of delivering things, or a new service — and it’s something that is unique, and it keeps changing and it needs updating, the most important factor of all is human capital,” said Enrico Moretti, an economist at the University of California, Berkeley. “It’s not like making soap, or like making textiles.”

Mr. Moretti’s latest research suggests that scientists who move from small to larger clusters of experts produce more inventions, a pattern that plays out regularly in Silicon Valley. Looked at another way, a majority of patents come out of the largest metro areas. If we spread their inventors evenly across the country, Mr. Moretti said, we’d probably have significantly less innovation in America.

In its request for proposals, Amazon asked for good airport connections, public transit and strong universities. But it’s not quite right to say that New York and Washington will probably win because they have these things. Rather, the presence of these amenities makes possible what Amazon was really looking for: that intangible thing that happens when certain kinds of workers are clustered in the same place.

Communities that vowed to rapidly build transit from scratch missed that point. But of course the Amazon request didn’t say, “We’re looking for knowledge spillovers and agglomeration effects.”

In one sense, it’s good for the country that companies like Amazon are as productive as they are, where they are, thanks to these forces. But higher national productivity is no comfort to communities that aren’t gaining jobs. Reconciling the two sets of places is one of the country’s deepest economic challenges.

“This is too profound a structural shift to reverse,” Mr. Lettieri said. “It’s not going to reverse. That’s just the nature of the economy today.”

But maybe we can slow down this shift, he said, or find better ways to ensure that more people get to benefit from what’s happening in superstar cities, and that more places get to join in this process. Mr. Lettieri argues that what’s good for New York doesn’t have to be bad for other parts of the country.

It plainly looks that way in Amazon’s case, however, because of the public sweepstakes the company invited. These 50,000 jobs that look likely to go to New York and Washington are 50,000 jobs that won’t go to smaller finalists like Columbus or Nashville. Or to even smaller places, like Tucson or Fresno, that dropped out of the running months ago.

Emily Badger writes about cities and urban policy for The Upshot from the San Francisco bureau. She’s particularly interested in housing, transportation and inequality — and how they’re all connected. She joined The Times in 2016 from The Washington Post. @emilymbadger