Home » Americas » In Louisville, Looking to Protests of the Past to Move Forward

In Louisville, Looking to Protests of the Past to Move Forward

LOUISVILLE, Ky. — They gathered near the banks of the Ohio River this past weekend, about 100 deep, and began marching toward downtown, belting out chants that have become part of the city’s soundtrack.

When they reached Jefferson Square Park, where protesters have held vigil since late May, the demonstrators lit candles, laid flowers and offered words that were by turns meant to soothe and to rally.

“Louisville has always responded to get justice,” said Raoul Cunningham, 77, the president of the city’s branch of the N.A.A.C.P., who participated in sit-ins in 1961 that helped lead to the integration of commercial businesses. “I think today’s demonstrations are a continuation or even an advancement of that quest,” he said.

As activists work to chart a path forward after prosecutors announced that the two Louisville police officers who fatally shot Breonna Taylor would not be charged, some are drawing on the city’s past to help guide them. Louisville has a robust, if overlooked, history of civil rights struggle that has spanned generations. Many see what is happening today as a continuation of that legacy.

During the civil rights movement, Louisville was a regular stop for the Rev. Dr. Martin Luther King Jr., whose brother served as a pastor in the city. There were sit-ins, pickets and marches that led to landmark victories: It was the first major city in the South to pass local civil rights and fair housing ordinances, and it was the rare Southern city to peacefully integrate its schools after the Brown v. Board of Education ruling.

The 1970s brought a violent clash over the use of busing to integrate schools. In the ’80s there was so much labor unrest that Louisville became known as Strike City.

In the nearly two weeks since the prosecution’s announcement, the street rallies have shrunk and the national news media has largely left. But marches are still happening nearly every night, as they have been for more than four months. An array of new activist organizations grew out of the response, created in part by many young people protesting for the first time. Together with legacy civil rights groups, they are pressing Ms. Taylor’s case on several fronts — advocating for legal consequences for the officers, public awareness, and state and local legislative changes.

The city is working to create a civilian oversight board that is stronger than the one currently overseeing the Police Department.

A local ordinance, known as “Breonna’s Law,” was passed banning no-knock warrants and expanding the requirements for the use of police body cameras. Attica Scott, a state representative, is sponsoring similar legislation at the state level that would also allow lawsuits against officials who violate a person’s civil rights, and would require drug and alcohol testing for officers after fatal encounters. 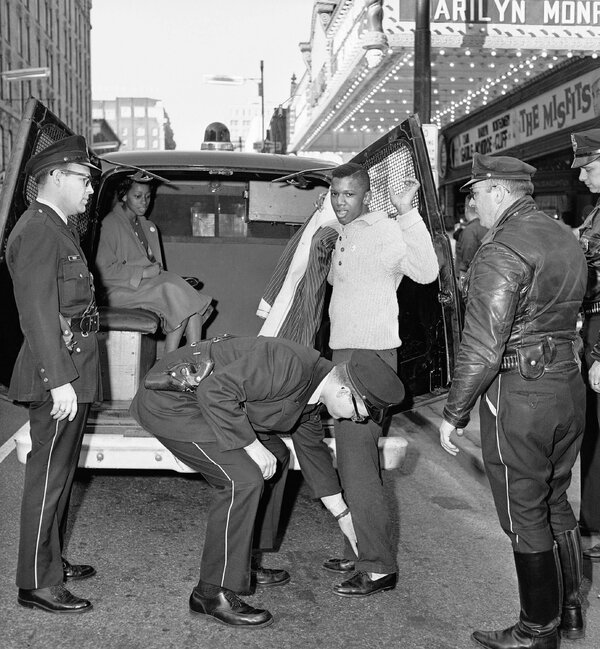 Ms. Scott, the lone Black woman in the State Legislature, said her parents, born in Louisville in the 1950s, had activism on their minds when she was born: She is named for the prison in upstate New York where inmates protested against inhumane conditions, she said.

Ms. Scott described growing up in a household where she saw her mother work to make sure that families could get affordable housing and where her parents supported the Black Panthers.

“Activism and social justice is at our core,” she said of Louisville residents. “That is who we are.”

Ms. Scott became a labor organizer in the city, and when she went to meetings and demonstrations, she would sometimes bring her daughter, Ashanti, in tow. Ashanti was about 8 when she accompanied her mother to a protest for increased wages and better conditions for retail workers. That stuck with her.

“It really showed me the importance of showing up, putting your body out there on the line, standing with your community,” Ashanti Scott, now 19, said. “And how vital that is to have your voice, whether it’s leading chants or following chants — that is some of the most important work.”

And so in late May, when she saw images of raucous downtown protests on social media, when she read the details of the killing of Ms. Taylor, who, like her, was young, Black and from Louisville, Ms. Scott knew she had no choice. She had to take to the streets.

In the months since, Ms. Scott has become one of the many first-time activists helping to sustain the movement. She goes to the downtown square, tweets about the case and protests about four times a week, she said.

She said she took inspiration, and saw something of a road map, from the past battles that Black people in Louisville fought — like the push to integrate Fontaine Ferry Park, an amusement park, on the West End, or the boycotts that helped to desegregate businesses.

Those efforts taught her to use protests to highlight injustice, she said, “so we can end it and get policy changes to keep Black people in Louisville secure in their homes and their communities.”

In the mid-20th century, Louisville was the stop for trains coming from the North where Black passengers had to move to the “colored cars” before continuing their southward journey, said Tracy E. K’Meyer, a historian at the University of Louisville and the author of “Civil Rights in the Gateway to the South.” But it also was the place where organized labor as well as liberal churches helped to produce a civil rights movement that was relatively interracial for its time.

Some older movement leaders say that the younger generation has shown less patience at times, and that the current activist efforts can seem chaotic.

Shameka Parrish-Wright, a co-chair of the Kentucky Alliance Against Racist and Political Repression, has been helping to guide some of the younger activists.

Ms. Parrish-Wright helped to set up the encampment in the downtown square — which activists now call Injustice Square Park — in late May when protesters began flooding the streets of Louisville. Ms. Taylor was killed in March at age 26, but her case only started receiving national attention in May after the police killing of George Floyd in Minneapolis.

The 40-year-old Alliance runs its operations out of the two-story Craftsman home where one of its founders, Anne Braden, who was white and died in 2006, lived in Louisville’s predominantly Black West End. Inside the home there is a clutter of cases of water and other supplies donated to support the protesters. Large yellow sheets of paper propped on an easel have lists of protest “demands” and “wins,” such as the ban on no-knock warrants.

Protesters have said they want more to come out of this moment, but as they continue to push, activists are encountering resistant public officials and internal disagreements that threaten to thwart their efforts.

On a Saturday evening last month, after one of the largest marches of the week, hundreds of demonstrators milled about Jefferson Square Park, looking for direction. What they got instead was a power struggle.

Some organizers urged the marchers to sit in the square past the city’s 9 p.m. curfew to force the Police Department’s hand in deciding whether to arrest peaceful demonstrators. Others wanted them to take sanctuary at a nearby church and feared that the police would destroy a memorial to Ms. Taylor in the square.

The group ultimately splintered. The remaining protesters ended up at the church, where arguments ensued over what to do next.

The following evening, with dozens gathered back at the church, Chris Wells, 31, an activist working to create his own organization, sought to patch any lingering wounds.

“I love y’all,” he told a crowd gathered around him. “We’re going to keep marching, keep stepping, but we’re going to do it together as one.”