A get-out-the-vote event at a Brooklyn synagogue featuring the comedian Ilana Glazer was canceled on Thursday night after anti-Semitic graffiti, including the words “Die Jew Rats,” was discovered scrawled on the temple’s walls, the police and officials at the synagogue said.

The vandalism, which is being investigated as a hate crime by the Police Department, jarred residents in a deeply progressive area of Brooklyn. It occurred on the heels of the mass shooting at a Pittsburgh synagogue last week and a recent spate of similar graffiti incidents in Brooklyn and Manhattan.

The police announced Friday night that they had arrested a 26-year-old man, James Polite, on charges that he wrote the anti-Semitic graffiti. He faces charges of criminal mischief, which the police classified as a hate crime, and making graffiti. Mr. Polite was taken to a hospital in Brooklyn for a psychiatric evaluation.

Earlier in the day, the police released a photograph of a suspect, taken by a security camera inside the temple.

The event, at the Union Temple of Brooklyn on Eastern Parkway in Prospect Heights, was to include a question-and-answer session. Ms. Glazer, a co-star of “Broad City,” was scheduled to interview a journalist, Amy Goodman, and two candidates for the New York State Senate, Jim Gaughran and Andrew Gounardes.

But shortly after 8 p.m., Ms. Glazer announced the event was canceled because the graffiti, written with a black marker, had been discovered in various locations inside the temple, which was built in 1929.

Rabbi Mark Sameth of Union Temple said he learned from the temple’s president that the vandalism was found soon after it happened.

“My first response was that it was sickening,” Rabbi Sameth said. “It would have been sickening under any circumstances, but all the more so following the horrific tragic events in Pittsburgh.”

The Police Department’s Hate Crime Task Force is investigating the incident, the police said. Other words written on the walls inside the synagogue included: “We are here,” “Hitler,” “Jew Better Be Ready” and “End it now,” the police said. 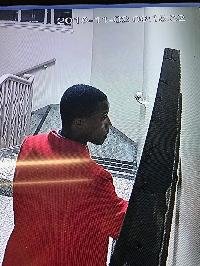 The graffiti was found the same day as two swastikas were discovered spray-painted on a concrete pier near 72nd Street on the Upper West Side of Manhattan.

On Tuesday, several buildings in Brooklyn Heights were defaced with swastikas drawn in chalk, an incident that the police are also investigating as a hate crime.

Chief Shea told reporters on Wednesday that in the past month there had been an increase in “anti-Semitic hate crimes, particularly swastikas, on buildings in parts of the city.”

According to Police Department statistics, there have been 142 reported incidents of anti-Semitic graffiti in the city this year, up from 126 reports in 2017. Anti-Semitic incidents make up almost half of the 290 hate crimes in the city reported to the police this year.

Mayor Bill de Blasio condemned the vandalism on Friday morning on Twitter. “This is the vilest kind of hate,” Mr. de Blasio wrote, adding: “We will fight anti-Semitism with every fiber of our being. The N.Y.P.D. will find the perpetrators of this hate crime and hold them accountable.”

Gov. Andrew M. Cuomo said he was asking the state’s Hate Crimes Task Force, which includes the State Police and the State Division of Human Rights, to investigate the incident. “The disgusting rhetoric and heinous violence in this nation has reached a fever pitch and is ripping at the fabric of America, and it must stop,” the governor said.

“There is no question that the community supports all of the values that we support,” he said, “and we’ll get through these very, very difficult times.”

Alison Kelley, who lives in the neighborhood, called the vandalism “horrifying.” She said the temple is a centerpiece of life in Prospect Heights for people of all backgrounds. It is a place not just for Jewish worship services, she said, but also for weddings, political forums, concerts, classes and other events. The building houses also a Jewish preschool, a gym and a German-language school.