As I got off a train in Manhattan on Wednesday, I paid little attention to a flutter out of the corner of my eye on the subway. Then another passenger told me that I had dropped some money.

I realized the flutter had been the money falling out of the coat of a man standing near me who had just stepped off the train.

The doors were about to close, and no one was acting, so I grabbed the cash and left the train. But I was too late. The man had disappeared into the crowd. I waited a few minutes to see if he would return, but he was long gone. I tried to find a transit employee or police officer, but none were in sight.

I was running late, so I left. But now what? What are you supposed to do with money that isn’t yours?

Note: Are you the mystery man? If so, email me at [email protected] with as many corroborating details as you can, including 1) the subway line 2) the stop 3) the time 4) the denominations of the bills and 5) your general appearance, including your coat and its color.

Ethicists generally approach moral questions like this in one of three ways, according to Andrew L. McFarland, a professor of philosophy at LaGuardia Community College in Queens, N.Y.

One approach, credited to Immanuel Kant, is focused on motive: I should return the money because it’s my moral duty to do so, period.

That contrasts with the second approach, which is concerned with the consequences. What will happen if I return the money? What if I donate it to a charity instead? Under that approach, I might act in a way that I believe will produce the most good and alleviate suffering.

The third and final approach, whose intellectual forebears include Aristotle and Confucius, focuses on virtue. Under that approach, I would act neither out of duty nor fear of consequences, but by my sense of what is right. I might seek out the advice of my most moral friend: What would a person who is virtuous do?

In the end, though, Mr. McFarland told me what he tells his students: These approaches only offer guidance on how to think about a problem.

“Ultimately, you’ve got to figure out what you’re going to do on your own,” he said. 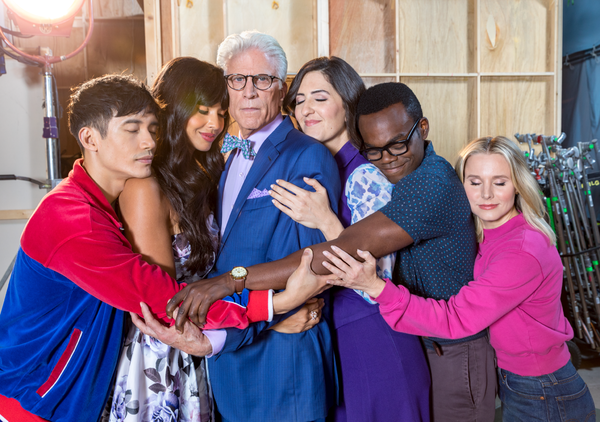 What Makes ‘The Good Place’ So Good?

NBC gave Michael Schur total freedom. So the TV impresario made a sitcom that’s also a profound work of philosophy.

What the law says

The law is more prescriptive, even if most have no clue what it says, according to Bruce Green, a professor and director of the Louis Stein Center for Law and Ethics at Fordham Law School.

“The question is, ‘Does the law accord with people’s ordinary moral and societal intuitions?’” said Mr. Green, who is also the chairman of the New York City Bar Association’s Professional Ethics Committee.

“Because nobody’s going to know to look up the law unless somebody gets a call from a reporter,” he added.

Mr. Green was gracious enough to do just that and here’s what he found: Under section 252 of New York personal property law, any person who finds an item worth $20 or more has 10 days to return it to the owner or report it to the authorities. Fail to do so, and you face a maximum fine of $100 and up to six months in prison. (Yikes!)

“I don’t think anyone’s going to prosecute you,” Mr. Green assured me. He also offered a recommendation in case I wanted to keep the cash: “Don’t write a piece about it because that’s pretty inculpatory.” Noted.

[Sign up for the Morning Briefing newsletter for a look at what you need to know to begin your day.]

I want to return the money, so that leaves me with a few options as the deadline approaches.

One of them should be obvious by now. As a reporter at The New York Times, I have access to a huge platform through which I can spread the news. Hey, guy, I have your money!

For most people in this situation, though, the best option is to turn the money over to a transit official or a police officer.

Station agents, train conductors or bus drivers who receive lost items or money typically collect as much information about the item as possible and provide a receipt to the person turning it in, according to Sarah Meyer, the chief customer officer for New York City Transit.

The lost item is then taken to the New York City Transit Lost Property Unit at Penn Station.

“It’s carried by the same system that collects money out of vending machines, so it’s very secure and always accompanied by armed personnel,” Ms. Meyer said.

The transit agency keeps the items for anywhere from six months to three years, depending on their value. After that, the items are auctioned off with proceeds going to the transit agency’s coffers. Last year, the agency returned about $127,000 in lost cash to owners.

The New York Police Department follows a similar procedure for lost items, though the person who turns in money or a valuable item may be able to keep it if it goes unclaimed.

Ideally, this article will mean a happy conclusion for the man who lost the money. If I don’t find him within 10 days, I’ll turn the cash over to the authorities.