Friday, Nov. 19 marked the 40-year anniversary of two Canadian legends and how they managed to break the Guinness World Record for the fastest drive around the world.

Garry Sowerby and Ken Langley, both now 70 years of age, set out from Toronto’s CN Tower on Sept. 6, 1980 and returned 74 days later after driving more than 43,000 kilometres through 23 countries and  four continents.

“It was hard, but it was the most fun anyone could have in their life,” said Sowerby from his Halifax home. “Who wouldn’t want to drive around the world?”

The two friends say the hardest part of the journey was navigating unknown terrains and foreign countries with limited communication.

“There were no fax machines, no GPS, no computers, no cellphones — we were out there with paper maps and a compass and that’s how we got around the world,” said Sowerby with a satisfied smile.

The pair were inseparable during their university years and caught themselves daydreaming about travel during a long drive from Ottawa to their home province of Nova Scotia.

By the time they arrived in Nova Scotia, they’d already decided they were going to drive across the world and break the Guinness World Record — which, at the time, stood at 102 days.

But it wouldn’t be cheap. The duo spent nearly two years trying to find multiple sponsors to raise the $250,000 they would need to make the legendary trek.

“We had to prove it was a good idea, that it fit in with their marketing plans, that it was possible to accomplish and that we were the guys to do it,” said Sowerby. “That was a hard sell.”

Volvo even supplied the pair with a new station-wagon, which they named Red Cloud.

With all their supplies in order, Sowerby and Langley launched off on their record-breaking mission from the CN Tower in early September.

“We left the CN Tower and once the crowds were gone in the rear view mirror and the tears and family were behind us, I looked at Ken and said, ‘Ken, now we gotta do this thing,” said Sowerby.

They headed west across Canada to British Columbia and then south to Los Angeles, where they flew into Australia.

The Guinness World Record rules at the time were that the same driver had to be behind the wheel during the entire time, Sowerby decided to take on that role while Langley decided to be the navigator.

The pair also had to drive the circumferences of the earth (26,738 miles) and cross the equator at some point.

Flights wouldn’t count in the final mileage tally, but the clock would still be ticking while the duo was in the air.

“My nickname has always been ‘the organizer,’” said Langley. “So putting together such a logistical operation was a big challenge and was satisfying to accomplish.”

Langley said they got the Volvo from L.A. to Australia by paying an excess baggage fee to fly Red Cloud down under.

Once there, the pair were greeted by a long, hot drive from one end of the continent to the other.

“It’s when we arrived in India, that’s when the trip really started to take a turn,” said Sowerby. “Thats when Kenny started to get really from the colitis flareup that turned into dysentery and the driving around India was crazy.”

The pair, then, navigated through India to Karachi, Pakistan just as Iraq invaded Iran, greatly escalating the conflict and shutting off all borders to foreign vehicles.

Dodging a war and Communist Germany

Having no way to drive through the region to get into Europe, the two friends scrambled to try and find a solution.

“We had to try and get a plane to land especially for us and get us the hell out of there,” said Langley.

Sowerby and Langley spent some stressful hours on a phone line that wasn’t always reliable, but were finally able to find a cargo Boeing 707 to carry them over the conflict zone and into Athens, Greece.

“So that was a fairly tense time,” said Sowerby. “Every day was different and every day there were problems, but we managed to solve them all and get through it.”

After a drive, the two friends ended up at the border of Germany Democratic Republic, known as East Germany and were able to convince a communist official to let them drive through.

They were only given 12 hours to get across the country and didn’t want to imagine what would happen if they didn’t.

Troubles on the last leg

The pair zig-zagged around Europe and eventually made it to London, where they caught a flight over the Atlantic Ocean and into Houston.

But there were more troubles waiting for them in North America.

Sowerby said he had been driving for such a long time that his leg was starting to give up on him and was causing him so much pain that he wasn’t able to sleep. On top of that, he said he felt like he was going crazy from fatigue.

“That foot had been on that throttle for 65 days at that point to the point,” he said.

“I really thought this is what happens to people when they lose it and for a while I didn’t think I would be able to finish the trip,” Sowerby added. “I thought I would flip out.”

But the duo powered through the drive north to Canada and back to the Maritimes to New Brunswick.

Langley believes it was their friendship that got them through that final stretch.

“We always joked, we like the same music and we were good enough friends where it can be quiet between us without being awkward,” said Langley.

The pair finally pulled up to the CN Tower on Nov. 19, 1980 to lots of fan fare and local news stations, including Global News. 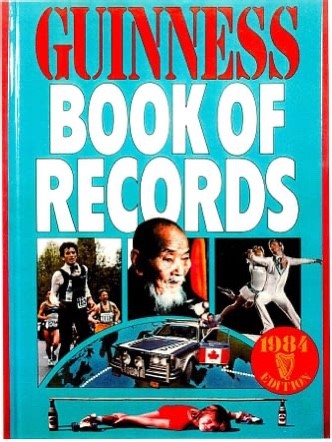 It had taken 74 days, one hour and 11 minutes for Sowerby and Langley drive around the world.

They had shattered the old record by about a month.

“Once we got there and the clock stopped, no one could take it away from us,” Sowerby said. “We had done something we had dreamed of doing for years… we did what we said we were going to do.”

Guinness World Records changed rules around the feat a few years later, allowing the clock to stop when the travellers are in the air.

Sowerby broke that record, too, in 1987 with an American named Tim Cahill, according to Guinness World Records, with a time of almost 24 days.

The record is now held by two Brazilians who grasped the title in 2001.

When Sowerby looks back, though, he’s proud of everything he’s seen and accomplished, but none more so than his clean driving record.

“Not one speeding ticket,” he said smiling. “Not once.”

Sowerby has recently written a blog, recounting all the details of the journey.

The Red Cloud is still in working condition and can be found at the Maritime Motorsports Hall of Fame museum.