Home » Americas » How the Economic Lives of the Middle Class Have Changed Since 2016, by the Numbers

How the Economic Lives of the Middle Class Have Changed Since 2016, by the Numbers 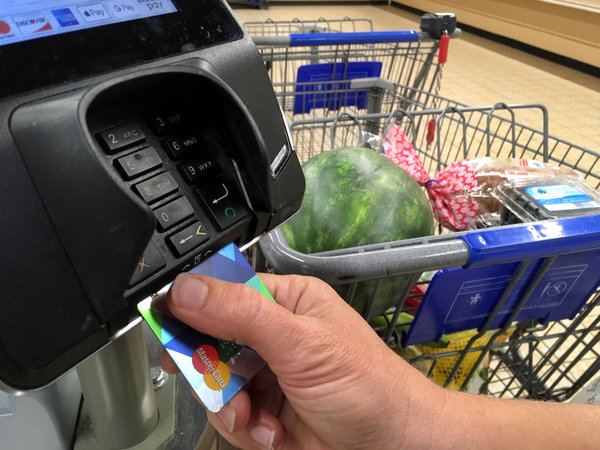 The United States economy is the strongest it has been in ages. Growth has been robust, and the unemployment rate is at generational lows, as new data Friday affirmed.

Yet the Republican Party, which controls the White House and Congress, trails Democrats substantially in polling on which party is preferred.

It helps to look beyond the overall economic data to understand this disconnect. After all, you can’t eat G.D.P., and good jobs numbers aren’t the same as a place to live.

If you look instead at the actual financial lives of average middle-income families from 2016 — their incomes, spending, assets and debt — and how shifts since Election Day in 2016 would have been likely to affect them, you get a more mixed picture.

Wages haven’t risen much. Inflation has been low, helping keep the price of most staple goods down, though with gasoline prices a costly exception. The tax cut has left more money in most middle-class families’ pockets, but only a bit.

In terms of assets, the typical middle-income family has either zero or minimal holdings in the stock market, meaning the surge since November 2016 hasn’t paid direct benefits. But a majority of households in this income bracket do carry some credit card debt, which has become more expensive amid rising interest rates.

And in terms of housing costs, rents haven’t risen much — but a sharp rise in mortgage rates has made homes less affordable for anyone looking to buy.

Add it all up, and while the benefits of a surging economy, tax cuts and the rising stock market are real, they net out to a less favorable economic reality for a family in the middle of the income scale than the economic headlines might imply.

This math is oversimplified — it doesn’t reflect how families may have changed their spending and saving patterns in the last two years, and conflates different definitions of middle income. But the back-of-the-envelope results are revealing:

If you take the benefits of higher wages and the lower taxes, subtracting higher costs for consumer goods and higher interest rates on credit card debt — it works out to a gain of $122 a month.

A lower unemployment rate may benefit workers by making it easier for someone who loses a job to find a new one. But a defining feature of the expansion for years has been relatively tepid growth in wages.

The median pay for a full-time worker in the United States — now $893 a week — has risen enough since late 2016 to generate an extra $204 a month in pretax earnings for a household with a single earner, a 5.6 percent gain.

Subtract payroll taxes and federal income taxes on that raise, and that family is looking at $158 a month in additional earnings.

The tax cuts enacted at the start of 2018 should mean most middle-income Americans keep a bit more of their earnings. Analysis by the Tax Policy Center found that of the 91 percent of middle-income tax filers who received a tax cut, the reduction averages $910, or about $76 a month.

Wages may not be growing very fast for middle-income people, but the good news is that prices of most of the things they buy have been rising even more slowly.

The Consumer Price Index excluding housing costs is up only 3.2 percent since November 2016, adding about $101 to the monthly expenses of a family with spending patterns that match those of an average family in the middle 20 percent of the income distribution that year.

When you look at individual items that compose a large portion of family budgets, the relatively low inflation comes through.

Grocery prices — “food at home” in the Labor Department’s terminology — are up only 1.1 percent in the nearly two years since November 2016, adding $3.33 to the monthly grocery bill for an average family in the middle 20 percent of income.

Outside of food, the pattern mostly recurs. Electricity bills are up 0.42 percent, a mere 50 cents a month of additional expense. Apparel is slightly less expensive than it was in November 2016, saving a middle-class family $1.22 a month. An 11 percent drop in the price of cellphone service saves that family $10.48 each month.

The big exception is gasoline; its price has been marching steadily higher since late 2016. The 23.5 percent run-up in the price of motor fuels adds $37.38 to the typical family’s monthly expenses.

When it comes to housing, it matters a lot whether you’re renting and planning to continue renting; renting but seeking to buy a home; or already own one.

For renters who plan to stay renters, costs are rising modestly, just like overall inflation — 3 percent since November 2016, tacking an extra $26.54 onto monthly costs for the average renter.

Homeowners typically have their monthly mortgage costs already set. Their wealth — the value of their home — has risen a bit in two years. The median sale price for a home in the United States was $214,000 in November 2016, according to data from Zillow, and the national appreciation rate since then implies such a house would now be worth $230,000.

Things are trickier for a renter looking to buy a home, because of rising mortgage rates. A side effect of the surging economy and deficit-increasing tax cuts has been higher rates, which means that even though home prices aren’t up all that much in the last two years, the cost for a buyer needing credit is considerably higher.

The rate on a 30-year fixed-rate mortgage was 3.5 percent at election time two years ago, and is now 4.83 percent. Combined with the rise in the price of the median home, a middle-income American family looking to buy with 20 percent down would be looking at a monthly mortgage payment that is $196 a month higher now than in November 2016, wiping out gains from higher wages and lower taxes.

A market boom for a few, and higher interest rates for others

The Trump administration has pointed to the booming stock market as evidence of success: The Standard & Poor’s 500 index has returned about 29 percent, including reinvested dividends, since November 2016.

But middle-income families typically have minimal direct exposure to the stock market. Their financial holdings tend to be modest at best, meaning that rising stock prices create only a small wealth increase.

Among middle-income families in 2016, only 52 percent held stocks either directly or indirectly, such as through a mutual fund. And of those 52 percent, median stock holdings were only $15,000. (That would be up to around $19,000 now if they left the money in an S.&P. 500 index fund since then without making further contributions.)

Stock investments are much more a feature of upper-income brackets. The same survey showed that 94.7 percent of families in the top 10 percent of income held stocks, with a median value of $363,400.

Many middle-income Americans, 84.3 percent of them, do tend to hold some form of debt. And rising interest rates in the Trump economy — a consequence of strong economic growth and Federal Reserve actions meant to prevent the economy from overheating — are making that debt more costly.

In 2016, 53 percent of middle-income households had credit card debt, with an average debt balance of $4,400. The average rate on such debt has risen to 16.5 percent today from 13.6 percent in November 2016, implying an extra $10.50 a month in interest cost for a family carrying that balance.

In other words, debtors — and the average middle-class American fits that description — are paying a price for the surging economy even as they enjoy the benefits of higher pay and low inflation.

Given the limitations in the data on which these calculations are based, it’s best to think of this analysis as an impressionistic painting rather than a high-resolution photograph of the economic lives of the middle class.

But it is a telling one, and helps explains the limits of a political message built on what seems to be a booming economy. It booms for some people more than others.

How we did the math

To develop this portrait, we started with two government surveys from 2016: the Labor Department’s Consumer Expenditure Survey, which provides details of household spending patterns broken down by income bracket, and the Federal Reserve’s Survey of Consumer Finances, which details assets and debt.

Then, we simply extrapolated forward to the fall of 2018. If those patterns among middle-class families held steady as they were buffeted by economywide forces, would they be better or worse off in the days before the midterms?

This is assuming that they had no radical changes to their financial lives like getting a lucrative new job or winning the lottery, and that their wages, costs and investment performances plugged along at average rates over the last 23 months.

Because of limitations in the data available for the recent past, we had to combine data sources that aren’t really meant to be combined. We had to switch between different definitions of middle income, and we made some simplifying assumptions. (For example, we calculated how higher gasoline prices would increase people’s spending without adjusting for how they might react to higher prices by driving less.)

Neil Irwin is a senior economics correspondent for The Upshot. He previously wrote for The Washington Post and is the author of “The Alchemists: Three Central Bankers and a World on Fire.” @Neil_Irwin • Facebook