Home » Americas » How China Has Defied Expectations, in Canada and Around the Globe

How China Has Defied Expectations, in Canada and Around the Globe

In Saskatchewan, farming is done on a grand scale. So when I visited the Canadian Western Agribition in Regina this week for an upcoming story, I wasn’t surprised to find that the annual gathering of Western farmers is almost overwhelmingly large, luring 127,000 visitors last year to a city of 215,000. 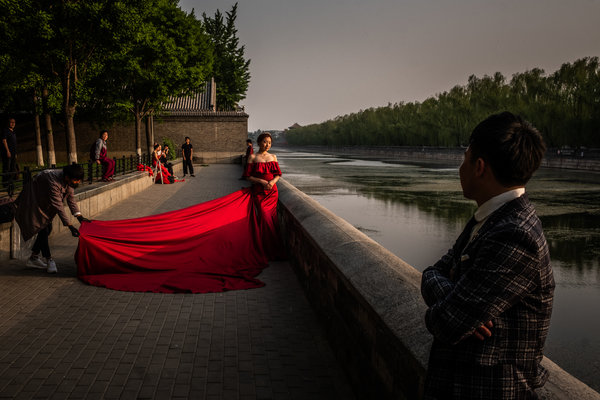 Like all agricultural exhibitions, the Agribition has a wide array of activities for city dwellers like me, including a rodeo, horse shows and cattle judging. But what started as a regional exhibition 48 years ago has grown into a global event. Cattle ranchers, many from distant parts of North America, parade their livestock to buyers from around the world looking to improve their herds.

When I asked breeders where their customers come from these days, many of them said China.

[Want the Canada Letter in your inbox every week? Sign up here.]

Canada, like the rest of the world, has not escaped the effects of China’s move from isolated backwater to a global economic and political force. For the past several months, more than a dozen New York Times reporters, editors, photographers and designers have been examining China’s dramatic rise in a project called China Rules, which launched this week.

Phil Pan, our Hong Kong-based Asia editor, has worked in China for about two decades and returned to writing to produce the must-read opening essay on how China’s rise has defied expectations.

[Read: The Land That Failed to Fail]

Political shifts in Washington and Beijing helped influence the timing of the series. “One factor was certainly a sense at the beginning of the year that America under Trump was in retreat or withdrawing from the world,” Phil said.

Under President Xi Jinping, China saw an opportunity to step up, he said. And in recent months, he said, “We began to see this fundamental shift in the relationship between the U.S. and China from engagement to competition.”

While President Trump has attacked China and launched a trade war against it, Canada has taken an opposing track. Prime Minister Justin Trudeau has said repeatedly that his government is moving toward a full-scale free trade agreement with China, though that movement’s progress has been stately, at best.

And Mr. Trudeau’s government continues to rebuff American security warnings about allowing equipment made from Huawei Technologies, the Chinese telecommunications company with research operations in Canada, into the coming upgrade of Canada’s wireless networks.

I asked Phil if Canadians can, or should, trust China.

“I think the debate in Canada and the United States probably will be much less about trust than about interests,” he said. “Is the fact that the Chinese political system is authoritarian a problem for our national interest?”

Here, for your weekend reading pleasure, is more from our China Rules series:

• The American Dream Is Alive. In China.

• How China Made Its Own Internet

• How China Took Over Your TV

• How China Is Writing its Own (Hollywood) Script

• The World, Built by China

Among the stories still to come in the series is an examination of China’s authoritarian control of its citizens, as well as articles on how the country is challenging the global, liberal democratic order and why its economic rise left many Western economists red-faced.

If after reading China Rules, you’d like to discuss the series, we have a new Facebook group: Examining China’s Reach With The New York Times.

Mark Thompson, president and chief executive officer of The New York Times Company, will join Chrystia Freeland, Canada’s minister of foreign affairs, in conversation at the University of Toronto on Tuesday, December 11. The two will discuss U.S.-Canada relations, foreign policy challenges and more. Details and ticket information are available here.

And a final reminder that Sam Tanenhaus, a former editor of The New York Times Book Review, will moderate a panel on book reviewing on Friday, Nov. 30, also in Toronto. Use the code CANADALETTER for $5 off the ticket price.

—The turmoil that followed the arrest of six teenagers accused of sexual assault during hazing rituals at an elite private school in Toronto is prompting some Canadians to question the value of all-boys schools.

—Canada is pushing the United States to end steel and aluminum tariffs before the ceremonial signing of the replacement deal for Nafta. But Washington is considering another, similarly unappealing measure to replace the duties.

—An art historian from Queen’s University in Kingston, Ontario is among the curators of an exhibit that uses imaging technology to peel back the layers of Bruegel’s complex masterpieces.

—In Opinion, Amanda Siebert wrote that the legalization of recreational marijuana in Canada will allow medical research to blossom.

—While the United States dithers, Canada has approved new regulations that will allow for the sale of cars with headlights that automatically adjust their beams, letting drivers see farther down the road without blinding oncoming traffic.

A native of Windsor, Ontario, Ian Austen was educated in Toronto, lives in Ottawa and has reported about Canada for The New York Times for the past 15 years. Follow him on Twitter at @ianrausten.

We’d love your feedback on this newsletter. Please email your thoughts and suggestions to [email protected] And if you haven’t done so, please subscribe to the email newsletter version.