Home » Americas » Governor Cuomo and Sandra Lee Have Split Up

Governor Cuomo and Sandra Lee Have Split Up

ALBANY — After more than a decade together, Gov. Andrew M. Cuomo and his longtime girlfriend, Sandra Lee, announced on Wednesday that they are ending their relationship.

The two confirmed the split in a statement.

“Over the recent past, we have realized that our lives have gone in different directions and our romantic relationship has turned into a deep friendship,” Mr. Cuomo and Ms. Lee, a Food Network personality and author, said. “We will always be family and are fully supportive of each other and dedicated to the girls. Our personal lives remain personal and there will be no further comment.”

Mr. Cuomo, a third-term Democrat, had been largely living in Albany in recent months as rumors of their breakup swirled, after the couple put a house they shared in Westchester County on the market in May.

Ms. Lee, who served as New York’s de facto first lady, had held a low profile during most of Mr. Cuomo’s first two terms in office, but emerged as an advocate for cancer screening after undergoing treatment for the disease. 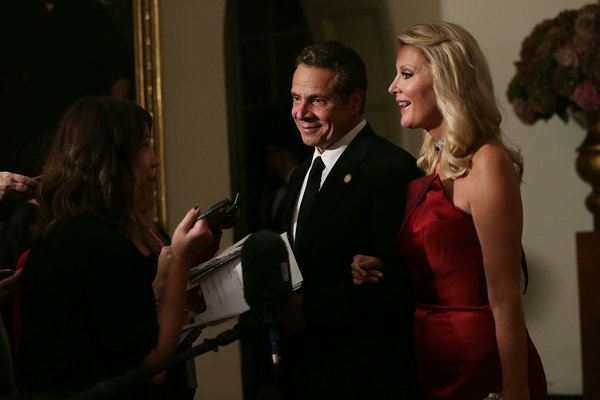 Jesse McKinley is The Times’s Albany bureau chief. He was previously the San Francisco bureau chief, and a theater columnist and Broadway reporter for the Culture Desk. @jessemckinley